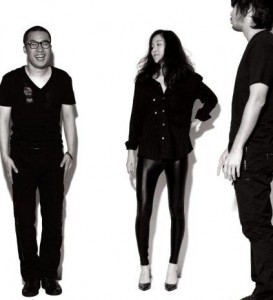 Welcome to this week’s edition of K-pop Indie Gem, in which we will be reviewing multi-disciplinal band Mad Soul Child. Mad Soul Child is an electro-house trio consisting of DJ Chanwoo, vocalist Jinsil, and music video director VJ Kwon that was born in the mind of DJ Chanwoo back in 2001. You can take a peek at the groups dynamics here.

With a strong background in television advertisment soundtracks — which is still currently their main work focus, aside from live performances — they didn’t release their first album until 2009, titled LaLaLa. The album, comprised of 11 songs (six original tracks and five remix versions) is still their only solo full-length album to date. The album, pretty much like title track “V.I.P Girl” suggests, is full of electro house sounds topped with the characteristical voice of Jinsil. The MV for “V.I.P Girl” was directed, of course, by VJ Kwon and stars Jinsil.

Curiously enough, even though they mainly work with electronic sounds, the songs they are most known for fall more into the acoustic genre. In 2010, for example, they released “Beautiful Day,” a collaboration with Calvin Klein for a campaign featuring some of the f(x) members. The video is cutely bizarre and Jinsil’s voice sounds the best acoustic.

2010 was also the year one of their most famous songs came out: “Dear,” which was the main theme in Won Bin‘s film  Ahjussi. “Dear” is yet again a song you wouldn’t expect from them after listening to their album: an emotional ballad with a piano accompaniment. “Dear” is also one of my personal favorites, there’s something really tragic in it and Jinsil’s voice is fantastically intense and full of emotions here.

But if Mad Soul Child’s name — or more like Jinsil’s — sounds familiar, it is most probably because of their collaborations. Jinsil’s sultry voice hasn’t gone unnoticed and she has collaborated with lots of renowned artists. She features in Clazzi‘s solo album as well as in the fantastic “Happy Ending” by Primary, featuring LeeSsang too, for example. But her most famous collaboration is no doubt her appearance in Tablo‘s “Bad,” especially since it was Tablo’s first solo album title track.

But aside from these more known aspects of Mad Soul Child, there’s a more unknown one in their career: their live performances — not in vain do they have a videojockey in their team. It’s not strange to see them performing in clubs around Seoul, and they are also not alien to festivals, especially electronic music festivals such as the renowned Seoulsonic. They were also invited to New York’s CMJ Music Festival back in 2009, so even if they are not so well recognized mainstream-wise, they are already known on the electronic scene.

Having achieved this with just one released album, I can’t wait to see what they have in store for us when they release their next work. Until them, you can probably see them around featuring in TV ads and K-drama OSTs, such as the magnificent song they released for the drama Ten last year. Either way, be sure to keep an eye on them because they still have lots to offer.