The Group “Dead Weights”: Are They Really So? 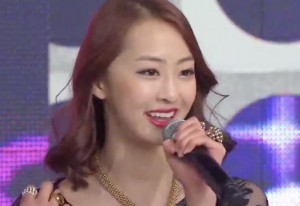 Charisma-free, not pulling their weight in the group, struggling to impress and whose purpose in the group is at best, questionable. These are some of the terms which have been bandied around to describe group dead-weights, the members in the group who get overshadowed by their illustrious stable mates, and languish with reduced fan support.

As much as it hurts to say this, some times there is the feeling that these guys are better off outside the group. It’s tough to watch someone constantly getting ridiculed for what they do poorly, and think that they may have been better off pursuing something else from the outset.

Besides, nobody likes the idea of watching a performance where a member is just so anonymous he fades into the backstage, or a singer constantly struggling to hit the notes with strength (or at times, the help of a backing track). There is also the argument that in order to accommodate them, lines or dance moves for more deserving members are either scaled back to suit them, or given to them to make a mess of (in some ways).

Furthermore, standards in K-pop seem to be improving constantly, with debutants now possessing an ever increasing skill-set. 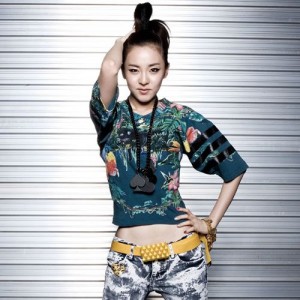 What passed as quality singing among first generation idols, would probably just be relegated to serving as back vocals today. The same could also apply to the other aspects of entertaining and performance, like looks, dancing and being funny on TV. Hence, if they look pretty inadequate in today’s context, it would be hard to see how they would stand up to a next generation of better-performing and slicker group of performers.

Finally, as much as we would like to believe that idols can do many things well, or have strengths that lie elsewhere, at the end of the day, what makes or breaks them is still their ability to deliver a good performance on stage, by singing, dancing and looking interesting up to a certain standard. And if they are unable to meet those standards, then really what is the point of performing? If it is hard for someone to get enthused about seeing them perform, then maybe there is no point.

As much as this is starting to sound like an overly negative rant, there might also be a flip-side to keeping these so-called “dead-weights” in business. Firstly, there is always something fun about rooting for the underdog and showing a little love for the under-appreciated in any group. Most of us do it for our varied interests, in the form of love-hate items and guilty pleasures, so there is not much wrong with extending a bit of that love to K-pop. 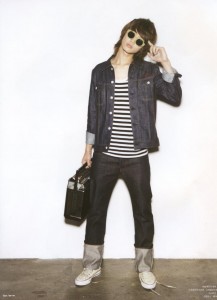 After all, it is tough already existing in a world of overly-packed schedules and endless scrutiny by almost everyone, from fans to media pundits. So it seems rather mean-spirited to further rain on the parade by calling them talentless and undeserving.

And maybe talentless and undeserving would be the wrong term to use. Given how it was mentioned earlier that standards in K-pop keep going up, these so called “weak” idols could be very good after all, when viewed in the context of say, what passed muster five or six years ago. So in that case, they could be quite adequate as performers, and serve their purpose reasonably. Besides, if one notices someone talent in a group, it could also be due to how the others under perform, and yes, it is these “weak” idols that make it happen. A good example as one notices A Pink’s Eunji for performing well, if because her group mates sing at a lower level, or are merely competent at her job.

Also, their skill sets could come in other forms. While not all of them may be able to illuminate the stage with quality singing, they bring skill sets that come in useful off the stage. For example, while 2NE1’s Dara might constantly come under fire for her singing, but she serves as an advertiser for 2NE1, feeding fans with updates on their status and being an advertiser’s dream to help keep her group visible.

The same could also be applied to the faces, actors, and most other “not-really singers or dancers” in any group. There are also

times when it takes longer for a group member’s use to show. A good example would be T-ara’s Hwayoung, who has now found a nice fit in her group of sorts. Having moved on from taking lines from other members, or being relegated to silly lines, she has began to write raps for some of the songs she features on. While they are not exactly the kind to give non-idol rappers sleepless nights, at least she has acquitted herself well in this.

And finally, there could also be the odd moment when finally, the less impressive members just click and give K-pop land a little surprise. A few eyebrows were raised when the least interesting BEAST member and the least vocally impressive 4Minute member came together for a little co-ed unit Trouble Maker, but even more were impressed at how cohesive the final project turned out to be. With Hyunseung covering the duo vocally, and Hyuna turning up the charisma, this was a good example of how “deadweights” put together could actually shake off that tag, and finally shine.


So while there might be a case for kicking out dead weights, given the high standards demanded of audiences, and how maybe some of them would have been better somewhere else in life, one could also justify keeping them in a group, given how in most contexts, they do their job adequately, serve other purposes and have the potential to surprise.

So Seoulmates, which side of the fence do you sit on? Do you believe that only the best survive in K-pop, or there should be some measure of benevolence to keep some of the less able in the game?