These days, the lengths companies will go to drum up attention or create unique selling points seem to know no boundaries. From teasers with close up shots of each member, to press releases hyping up the uniqueness and strength of each song, every new song released seems to require a fair amount of “pre-release” attention grabbers these days, whether  by established acts:

Or by rookies aiming to make their mark:

The reasons for hyping up releases are two-fold. For the established acts, it helps remind K-pop land that they are finally back, and definitely worth watching out for . For new acts though, a nicely done and unique teaser could create the required buzz for them, enabling them to rise above the other newbies on the scene.

With that, it’s worth taking a look at how groups try to sell themselves, as well as some of my pet peeves toward this behaviour.

“The choreography was done by, who had previously worked with (insert famous singer from the West)”

“Our seniors gladly helped us along the way”

While I understand how dropping a famous name can give a group instant column inches for media coverage, surely it does not help to lumber your group with overly high expectations, especially given how the media tears apart those that fail to meet them.

Anybody still remembers Chi Chi, who back in 2011 proudly claimed to eclipse SNSD, only to deliver this howler of a song? SM Entertainment executives never slept so soundly since this.

Or come to think of it, the Nine Muses’ debut. When they announced that their single “No Playboy” would feature creative input from hit-maker Park Jin-young, naturally most thought that not much could go wrong. Except that not only was the singing not up to much, the underlying tune also sounded somewhat like a rejected loop off his sound-mixing software.

The latest in the long list of acts with more name drops than actual credentials has got to be Core Contents Media’s newest act, Gang Kiz. In the days running up to their debut, articles on anything from the high cost of the music video to how they turned down lingerie advertisements, to how company seniors T-ara were featured to help with their styling were simply everywhere.

Then the articles strangely died down when the end results sounded uncannily like a slightly warmed over T-ara B-side. At times, hype can really be too much of a thing to bear, and really, most avid listeners tend to prefer a substance over style approach to their music.

The Hyped Up Press Releases

Another thing that seems to be quite common in K-pop these days is the blurb describing the album direction or the lead single. Sure, there are some succinct ones that do the job, like Big Bang’s description of Alive as an album which “aimed to showcase a new side to them”, but equally, there are just as many which fall flat, or just become unintentionally funny.

Cube Entertainment takes the credit for heavy pun usage. Their press description of 4Minute‘s “Volume Up” goes “Pump up the volume for (a) “SAX-y” new sound!!” and “This April, the world will fall in love with all five “SAX-y” ladies.” Yes, yes, now we know the saxophone features heavily in the song, and yes, the lyrics really do go “Pump up the volume”.

Or how about the blurb for BTOB‘s “Insane”, which proclaimed that their new song would “blow away” listeners and “make (one) go Insane”?

Happily, there are some blurbs that do make sense, and sell the group as it is. JJ Project’s “Bounce” is a song billed as a “High Energy” number with elements of “Rock, Hip-Hop and Electronica,” and yes for once, the blurb does fit the song nicely.

Oh good friend, the teaser, what would K-pop be without you? From lovingly shot close ups of your bias in over-the-top outfits, to short YouTube clips that aim to entice as much as possible, while giving away as little about the final product as possible.

In many ways, the teaser has taken on purposes of its own. It serves as a call to drum up interest, to show off the act, and most importantly, to hint at concepts to come. Having said that, there are some that definitely did not offer up the product shown.

One of them was the video teasers for the Wonder Girls, for their second album Wonder World. After raising expectations with a hard rocking sound for the first one, and dropping a mid-tempo synth track for the second one, what was finally released for the lead single turned out to be a pastiche of sorts to the hook driven hits of past.

Granted, it was not too bad following repeated listens, but come on JYP, stop promising what was never going to see the light of day. Another notable example was SM Entertainment with “Run Devil Run”, where the final song deviated substantially from the teaser. 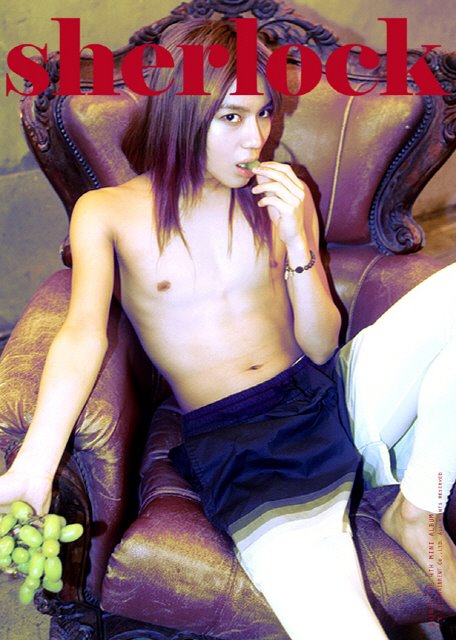 Another type of teaser that never fails to annoy fans is the “ugly photo masquerading as concept photo”. For some reason, SHINee are the ones who are always lumbered with such pictures, where overdone hair, weird lights and odd posing angles conspire to make the photo shoot resemble that of some low-budget soft-core magazine.

Or come to think of it, the pictures for SNSD-TTS were also worth mentioning in terms of ugliness, featuring a burst of pink, bubble gum and pixie inspired outfits. But then again, such pictures probably serve their purpose, if only cause it is so ugly there is a compulsion to check out what the final product is, and if it does not turn out that bad.

Bad however, is when a company insists on dropping out too many teasers to the point it starts to become a turn off. When the first teasers for EXO appeared, the general feeling was that “okay, something big is happening”, then later it was one of “okay it would be nice to see the final product,” and finally after the prologue singles (like seriously)

“just drop the real deal on us, we’re fed up of waiting.”

To conclude, while pre-release attention grabbers are definitely here to stay in K-pop, and serve as a source of speculation and discussion for fans and observers, one does wonder at the end of the day, if they really highlight the artistes’ abilities, or the companies ability to produce marketing speak.

Seoulmates, leave some of your thoughts below.