How Splitting Money Could Split a Group 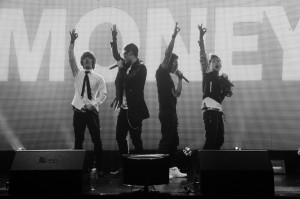 Who was it that came up with the incredibly simple yet poignant proverb “Mo’ money, mo’ problems”? Because that person was on to something. And they were on to something that is a prevalent issue in K-pop but is not often talked about: the distribution of money among group members.

Sometimes the topic of money can linger like an unwanted elephant in a small room. It can lay the foundations of burning jealousy. And it can act as the catalyst that breaks relationships among group members. Distribution of money is not something that idol groups care to talk about in the open. But when they do, they give gems of insight into how money frames relationships and hierarchies within groups and their agencies.

How do idol groups split their money? With groups sometimes reaching even 13 members, it’s not hard to imagine how a $10,000 gig can dwindle down to less than $800 per member. This, of course, doesn’t take into account payment to the entertainment company, cameramen, coordinators, promotional team, and other staff. According to KBS Global, agencies divide profits differently.

JYP Entertainment asserts that 2PM splits all profits equally among the 6 members even if one member has more solo activities. This includes income from CFs, variety shows, and album sales. However, money made from drama roles and homeland CFs (otherwise known as Nichkhun‘s product promotions in Thailand) are pocketed by the member who did the work. According to a JYP official, the reason its artists split most of their profits evenly is because “If the member gets some individual work, it’s because he’s ultimately a member of the respective idol group.” 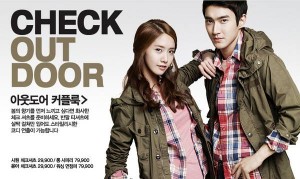 However, SM Entertainment distributes money a bit differently. SM artists keep the income from all of their individual endeavors including CFs, variety appearances, and solo or sub-unit work. Although this system seems the most fair (individuals should get paid for the work that they’ve personally done), what happens when some members are given more opportunities to endorse products and do solo activities than others? Yoona and Siwon earn the most within SNSD and Super Junior respectively. It’s not a surprise, as both members easily land a number of CFs both in South Korea and overseas. But SM’s method of distributing pay has the potential to cause tension within their idol groups. Or as one entertainment official says about Super Junior, “Because the difference in pay between the highest paid Super Junior member and the lowest paid Super Junior member is so big, their vibe [together] is a bit weird.”

And Leeteuk recently echoed that sentiment, revealing that some of the fights among group members have been fueled by such tension:

When there are differences in the amount of promotional activities amongst the members, misunderstandings sometimes arise…We too have gotten into fist fights, and there was even an occasion where we flipped the dining table…You can’t pile things up inside. Either you have to exercise together to talk things out, or get into a big fight and recover after.

While the spirit of competition among group members can be healthy, it can also foster resentment. During “Twinkle” promotions, Tiffany shared that she was once jealous of group mate Jessica‘s “Legally Blonde” musical role.

I was jealous of Jessica when she was cast for the musical ‘Legally Blonde.’ A week before she was cast into the musical, I heard that auditions were being held, and I told my manager that I could do a good job if I got the part…Jessica found out a little later [that she’d gotten the part]. I was jealous for about a whole minute. 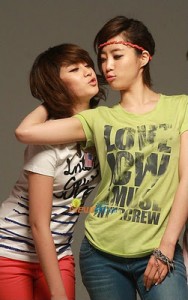 The drive to land solo activities is certainly not fueled only by money. I’m sure most groups find joy in the intrinsic awesomeness that goes with being world-renowned artists. But money definitely plays a background role. After all, many of these idols started the music business young to both follow their dreams and financially support themselves and their families. How frustrating must it be to split wages with a large group while also missing out on CFs and solo opportunities that other members constantly get?

Similarly to SM, Pledis and Core Contents Media artists also keep profits from what they do as individuals. However, the two companies keep all of the money their artists earn from variety shows. The companies’ logic is that variety shows don’t pay much per episode, so the idol groups aren’t really missing out on any significant income. And variety shows are used to promote their albums anyway. However, this method is a huge disadvantage for members who rely on variety for income. T-ara, for instance, saw two of its members, Eunjung and Ji-yeon, star in Dream High and Dream High 2 respectively. But accommodating 7 (and now 8) members can be difficult, especially when it’s easier for CCM to utilize one or two members as the face of the group. So what can the other members rely on besides music sales which may be good or bad depending on which way the wind blows?

Each company’s system has its flaws. As one industry insider explained to KBS Global:

Whether you do it this way or that way, there’s bound to be complaints. In the case of splitting the pay, members with more active schedules have the most complaints. As for systems where each member gets to keep their own pay, the less popular members [with less work] has the most complaints. There’s a reason behind the fact that idol groups form easily and break up easily. 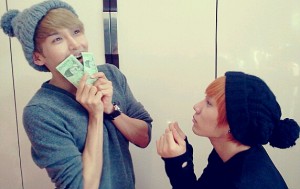 While it seems as if Cube and JYP distribute pay equally, when it’s all said and done, the members with the most popularity and most extracurricular gigs earn the most money. This is true across the board for all the entertainment companies. Popularity breeds more popularity and more pay. Nichkhun shows up in more variety shows, CFs, and drama cameos while some of his group members get little if any. Hyuna releases a viral (and lucrative) “Bubble Pop” and lands “Troublemaker” while the rest of her group goes virtually invisible. Siwon travels all over Asia to film commercials and star in foreign dramas of which he earns a lot of income. You have to wonder if group members who posses more musical talent feel shafted by the disparity. And you also have to wonder how idols like Nichkhun, Hyuna, and Siwon deal with being put in such an awkward position of earning significantly more than their counterparts.

Managing a group’s distribution of pay can be tricky and can affect relationships within that group. How does a company explain to their artists that they’re all equal despite disparity in pay? And how do they rectify the idea that one group members’ standing is based on how bankable they are? Let us not forget that K-pop is a business and members who can bring in the money are not only more valued, but also enjoy the benefits of being more financially stable than their other members. But earning more money could possibly earn them more problems, specifically from group mates who feel neglected.

In case you’re still wondering, it was the late American rapper Biggie Smalls who coined the phrase “Mo’ money, mo’ problems.” Along the same vein, K-pop suggests that the more that money is disbursed among group members unequally, the larger potential for problems entertainment companies may have in the future.