Side B: Digging a Little Deeper With SHINee 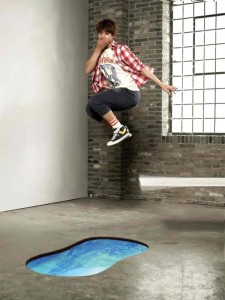 In their four years of existence, there has been little reason to doubt that SHINee is a group that produces good music. Songs like “Replay” and “Ring Ding Dong” have become K-pop staples, and for good reason.

Despite their hype, however, I didn’t really grow to like SHINee until I started listening to their albums and mini-albums in earnest. In this day and age, almost any K-pop group is capable of putting out an infective and catchy pop single, but a strong album with minimal filler tracks and maximum substance is a hard find.

SHINee seems to be one of the exceptions to the rule — while their lead singles have almost always met K-pop standards, their B-side tracks prove to be the real show-stoppers. Of course, every SHINee album has its fair share of recycled, remade, and remixed tracks from Scandinavia and beyond (as per SM standards), but hey — good music is good music, and with what SHINee has presented within their four years of existence, there’s really not much room to complain.

Many of SHINee’s strongest tracks originate from their first full length album, The SHINee World, but there are also a few gems in their later albums. Below are some highlights from SHINee’s full repertoire.

In all honesty, the entire SHINee World album deserves to be on this list. As the group’s first full-length album, The SHINee World is nothing short of impressive. The album does a great job of establishing SHINee’s musical style, following the introduction provided by their debut mini-album. SHINee World is defined by its modern R&B/electronica sound, featuring tracks that are both progressive and comfortable to listen to. While “Romantic” has become the representative ballad from the album, with its sky-high adlibs and traditional R&B roots, “Graze” serves as the alternative — its moderate pace is punctuated with interesting hooks and unique melody lines. In a sense, “Graze” embodies the modern R&B spirit of SHINee World best. There are some tracks on the album that are somewhat atypical within the K-pop genre; some tracks might even be regarded by some as being somewhat esoteric. Nevertheless, “Graze” is a song that is both easy on the ears and also carries the unique flavor of the SHINee World album.

The Juliette mini-album is interesting for me personally, primarily because I hated almost everything about it — the lead single, the concept, the awful fake-hipster album art — but I loved nearly every track on the album itself, save for the title track. The tracks on this mini-album still carried some of the flavor from SHINee’s first full-length album, taking on a more experimental and electronic sound while shedding some of its traditional R&B roots.

Because of the short-lived nature of the mini-album, the B-side tracks on mini-albums tend to receive comparatively little recognition than their full-length album counterparts. Juliette has some of SHINee’s least-known tracks, but it’s the clandestine nature of songs like “Romeo + Juliette” that really build SHINee’s “hidden dimension” — one that is veiled from the catchy, infectious, fantastic, elastic nature of their popular lead singles. Even uptempo songs like “Senorita” differ slightly from SHINee’s usual pop palette, giving a unique edge above their more popular works.

Ah, the SMTOWN Summer Album that almost wasn’t. “Scar” isn’t necessarily a great song in its own right, but the fact that it only appears on the dinkiest and most forgettable SMTOWN compilation album to date essentially makes this song more irrelevant than a filler OST track. But even though it’s not a piece of musical genius, “Scar” deserves some recognition in its own right.

“Y.O.U.” is one of the better known SHINee B-sides — SHINee’s performed it live on several occasions (although these performances never made it to an official broadcast), and as the first track of arguably SHINee’s most notable mini-album to date, it’s bound to garner extra attention. Nevertheless, this certainly doesn’t detract from the track’s quality as a whole. As a pop group, SHINee tends to stay within the boundaries of pop trends in order to maintain their status as players in the K-pop game. However, songs like “Y.O.U.” are unique in their own right.

I was never a huge fan of the B-sides on the Lucifer album; many of the tracks lacked the unique SHINee flavor that I had become accustomed to in their last few releases. Many of the tracks veered into typical pop, electronica, and ballad territory, which, while pleasant to listen to, wasn’t really the reason why I liked SHINee so much in the first place. Nevertheless, there are still some notable tracks. “Your Name” is a pleasant and heartfelt summertime ballad, while “A-Yo” is a fun, high-energy song; a bona-fide staple at SHINee concerts and live performances.

The timing of the Sherlock album release was odd; it marked SHINee’s return to the Korean market after a year-long absence. Usually, a comeback of this magnitude would be heralded by something a little more flashy than a mini-album. Indeed, Sherlock‘s low-key nature didn’t really befit SHINee’s long-awaited comeback. On top of that, the mini-album itself wasn’t really spectacular or memorable. However, “Alarm Clock” was a track that, while not necessarily impressive by definition, nonetheless showed evidence of SHINee’s artistic and personal maturity. The musical tone of the song differs greatly from their previous works, and the sheer complexity and sophistication of its structure makes the rest of the album (putting “Sherlock,” “Clue,” and “Note” all on the same album?! What are we paying for?!) a little more forgivable.