The Upcoming Hong Sisters Remake Could Be a "Big" Mistake

I’ve waited almost an entire year for the Hong sisters to come out with their newest drama. Just moments after concluding their uber-hilarious take on Korean entertainment in Best Love, I was rolling around frantically wondering when their next drama would release. And the writing duo didn’t disappoint; last October they announced that they would be coming out with their eighth drama this year, titled Big. So with 2012 having unequivocally arrived, it pleases me immensely that the Hong sisters have already decided on a cast and a concept. 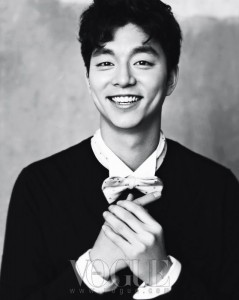 But as everything goes, there’s good news and there’s bad news.

The good news is that the drama will star Gong Yoo in his first drama since 2007’s pop culture phenomenon The 1st Shop of Coffee Prince. First of all, how is it that this guy hasn’t been in any dramas since Coffee Prince? Admittedly, he had to complete two years of military service and then returned to star in two films, including the critically heralded Silenced. But with five years away from the small screen, it’s hard not to miss his presence. Gong Yoo will be paired with Lee Min-jung of Boys Over Flowers fame and will also share the screen with Miss A‘s Suzy.

The bad news is that the concept of this drama is quite possibly one of the most boring, overused, potentially icky concepts the Hong sisters could possibly settle on.

The drama’s premise is based off of the 1988 classic film also titled Big and starring Tom Hanks in one of his early acclaimed comedies. Hanks plays a 12 year-old boy who, after a mystical wish gone wrong, wakes up one morning in the body of a 30 year-old man. Now an adult, he must balance work and friends and figure out his feelings for one of the women he works with. Similarly, the upcoming Hong sisters remake places an 18 year-old boy into an older man’s body (played by Gong Yoo) and chronicles how his youthfulness makes the man’s fiance fall back in love with him.


So where do I even start?

You mean to tell me that the next Hong sisters drama gets its inspiration from an old 80s flick that, despite its popularity back in the day, suffers from a long train of shoddy remakes? You mean to tell me that the drama that’s going to bring the comeback of Gong Yoo will sit on the mantle next to other rehashes like the superbly mediocre 13 Going on 30? Needless to say, it’s going to take a whole lot of convincing and a miracle for me to get excited about this concept. 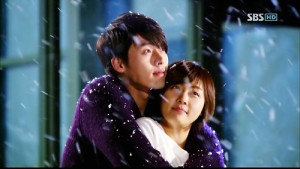 The body swapping theme is nothing new neither to American films nor Korean dramas. Before Big was released in ’88, the original Freaky Friday switched the places of mother and daughter. 17 Again turned an older man back into a teenager. Last year’s 49 Days flipped the body swapping concept onto its head. And Secret Garden had the effect of making viewers scratch their heads wondering when the body-switch had turned into one disastrous gimmick.

But let’s say we disregard the fact that the foundation for the Hong sisters’ Big has become overused. No matter how universal the concept has become, the icky factor is something that any half-cognizant viewer just won’t be able to swallow comfortably: an 18 year-old boy enters the body of a 30 year-old man, hijacks his life, falls in love with a much older woman, and then leaves the body to take care of the mess? And let’s not forget that the idea that the thirtysomething year-old woman isn’t aware that she’s crushing on a young boy! It’s weird. Sure, Tom Hanks did it. But it was weird back then too.

I’m being unreasonably harsh, I know. But when it comes to unique concepts, The Hong sisters are some of the best in the business. Best Love and My Girlfriend is a Gumiho are testament to that. In fact, it is because I have so much admiration for their work in the past that I will give Big a fair shot. While the inspiration for the drama may fall flat, the writing will not. And it will be a sheer pleasure to watch Gong Yoo take on the challenge of acting like a boy who’s acting like a man while in another person’s body. The potential for comedy is abundant, even under the constraints of an overused theme.

I don’t know about this one, guys. One thing’s for sure though: if I give up on this one, I can always go back and rebuild my faith by watching My Girlfriend is a Gumiho. What do you think of the premise of the upcoming Hong sisters drama?