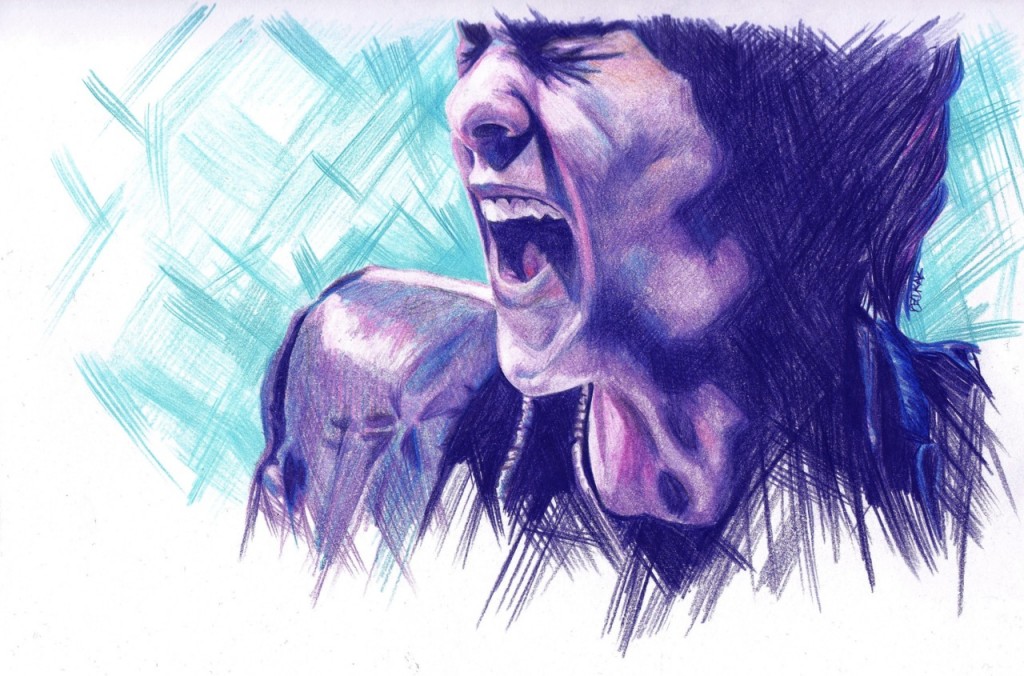 When recalling Andy Warhol’s screen-prints of Marilyn Monroe, it is evident that pop culture has influenced artists since before K-pop’s conception. Along with idols and comebacks, scandals and plastic surgery accusations, chocolate abs and honey thighs, there are also the K-artists, the YouTube song cover enthusiasts, and the pro dance teams.

K-pop is composed of two dynamics (the idol-dom and the fandom) contributing to the good, the bad and the “WTF” aspects, and within the fandom lays the very heart of K-pop. What keeps the Korean entertainment industry devising marketing strategies and new concepts, what resuscitates a group on the verge of disband, and what humanizes an idol ultimately leading to hospitalization. The fan, be they troll, stan, saesang or “pretentious” blogger. For what is an idol without their devotee?

Ranging from mediocre song covers and chibi illustrations to fan fiction that is borderline erotica, there exists all forms of “creative” expression within the K-pop fandom but few are true fan art. What separates an illustration that provokes awe from a song cover that only inspires one to click on the next YouTube video is not lack of enthusiasm or dedication, but talent. 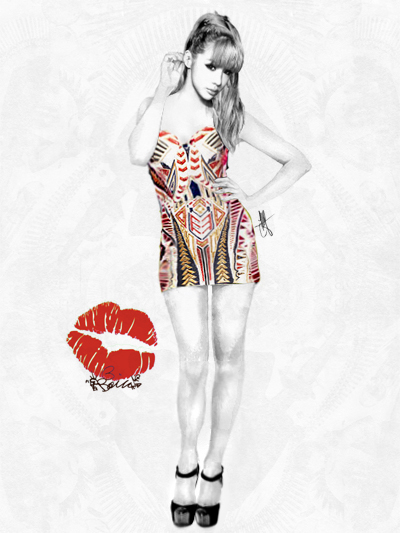 Dancers and fan artists are ordinary fans existing within the fandom like 23 yr-old fashion illustrator and graphic designer, Irawan Phie. As a native of Jakarta, Indonesia who describes himself as “a moody fashion illustrator, professional bathroom singer, full-time dreamer and mommy’s little boy” on his Tumblr dedicated to his fan art, he may also be described as a T.O.P. fanatic and an impressive fan artist. His clean lines, incredible attention to detail and ability to capture the likeness of any member of Big Bang or 2NE1 has brought him the attention of international YG fan sites and a Twitter following that continues to increase.

Featured in the likes of Nylon, ELLE, and Marie Claire, Irawan regards viewing his name on the Marie Claire Contributor List and creating the 2011 ELLE Style Agenda as an achievement considering that his hard work has finally begun to pay off. Being able to meet many different individuals (via the internet or personally) isn’t the only advantage but also enjoying what he does and being able to combine the two things he loves most — art and fashion — is what makes being a fashion illustrator “a blast.” Still, how does his work for Marie Claire and other fashion magazines relate to his Tumblr showcasing his illustrations of members from Big Bang and 2NE1? How has K-pop influenced his work?

Recent illustrations of T.O.P. and BOM contain a new watercolor technique in which Irawan combines flashes of vivid color along with pencil differing from his usual creative process, which consisted of photography and regular pencil drawing refined through Photoshop. Stemming mainly from the desire to develop his skills and venture out of his comfort zone after declining requests for colored fan art illustrations, color now is present in both his fan art as well as his fashion illustrations. When asked about his first attempts at watercolor for Marie Claire’s “February 2012 Style Book” Irawan responded, “my fan art is what inspires my fashion illustrations because I used to do fan art in my spare time since high school…few years back when my style of drawings started to shape up, I incorporated them and made them into fashion illustrations.”

Another visual medium found in K-pop fan art is anime and manga—including its subset chibi style drawings.  Differing from Irawan’s illustrations of Big Bang and 2NE1, other K-artists like Lanxingxxxx, Hydeisty, and Puirraburi (Helloseashell) found on Tumblr, DeviantART as well as other blog platforms mix between portrait illustrations, anime and manga.

Chibi, has been used by entertainment companies to increase a group’s appeal/cuteness by creating diminutive depictions of its members and printing them on casual everyday items such as socks. Considering its simplicity and charm, some fans have also chosen to use this drawing style as well. Manga and anime fan art depicts the subject at a slightly higher level than chibi considering this style of drawing is mainly used for narrative purposes ranging from cartoonish to exceptionally realistic. With Lanxingxxxx’s watercolor of BEAST’s “On Rainy Days,” the storytelling panel, abstract background and realistic physical features, the artist has used characteristics of this visual medium to translate a K-pop song through visual narrative. By merging both manga and K-pop to convey their perception of a song, it is true fan art not an attempt or a doodle. 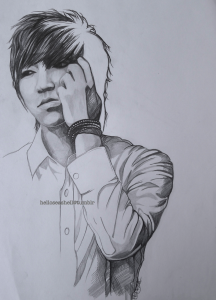 Most fan artists naturally stick to drawing groups or idols they follow and, at times, their work is given away as gifts to others who share the same preference. Like Lanxingxxxx’s watercolor of “On Rainy Days,” Irawan also gives away his illustrations to fans of K-pop and his friends but as memorabilia. Along with his signature, he also includes a cherry red kiss watermark—a mark distinctively from ‘Kiss with YG Family Spot’ event—adding what he calls a “special touch.” Each illustration is personalized by both Irawan’s signature and the kiss watermark with the signature of its corresponding idol. This special attention to detail gives the drawing another aspect in which both the artist and the idol are present in the illustration at a more personal level even if only through their signatures something that a friend or fellow K-pop fan would appreciate.

Although Irawan only draws illustrations of YG’s top groups, he also has drawn Western artists and celebrities like Lady Gaga and during our interview mentioned that from time to time, he does branch outside of K-pop but somehow always finds himself “lost in time drawing T.O.P. or Bom.” He also mentioned how he has secretly wanted to draw BEAST’s Dongwoon or Jay Park.

When asked what makes Big Bang and 2NE1 appealing, Irawan also stated it’s, “the fashion and the quality of their music what I love most. Their fashion is to die for and their music is so catchy, what’s not to love?”  With fan artists as with other fans, their favorite groups inspire them and, in Irawan’s case, not only influence their work and daily life but also their wardrobes. In one of his illustrations of T.O.P., Irawan has drawn him when he attended the Blue Dragon Awards Hand Printing Event to which he wore a YSL Arty Oval ring, an item that Irawan also owns himself. 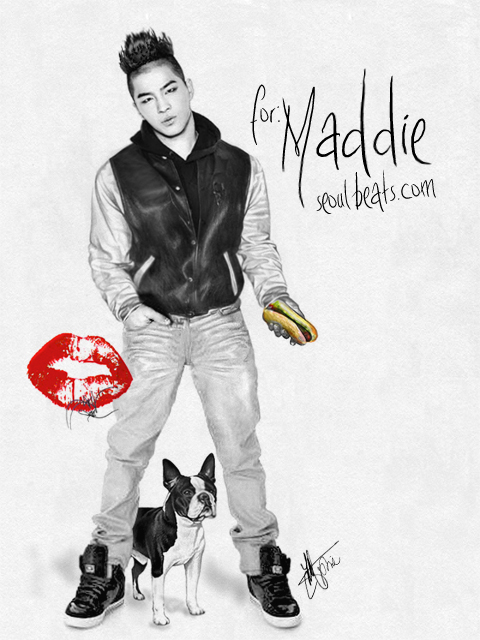 Like with makeup artists who have found inspiration in K-pop looks, fan artists have gained their own place within fandom as well. Irawan, along with other fan artists, contributes daily to a community that, with the aid of the internet, extends across the globe.

Do you have any favorite fan-artists? Suggestions for other K-pop fan artists are welcomed below!