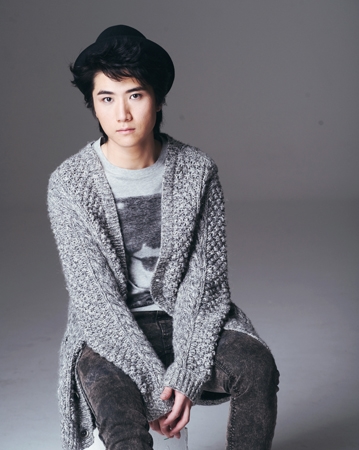 This week’s edition of K-pop Indie Gem features a Shibuya-kei artist with three full-length studio albums, one digital album and a list of compilations already under his belt since his debut in 2006. His music has been described as a soothing fusion of electronica and modern pop rock—a mixture characteristic to the Japanese pop sub-genre originating from Tokyo’s pop culture epicenter, Shibuya. Signed under Korea’s illustrious indie label, Pastel Music, composer and singer Sentimental Scenery has collaborated with fellow label mates such as Taru and Hee-young as well as lead vocalist for well-known Japanese Shibuya-kei group Paris Match, Mari Mizuno.

As a Shibuya-kei composer in Korea, Sentimental Scenery’s sound is unique not only because he falls under a music genre with influences in yé-yé, a 1960’s French pop music style which rose to popularity in Japan during the late 1990s, but also his music’s scarcity within K-pop as well as K-indie. His unflustered yet emotive instrumental compositions accompanied by vocals of various singers create a certain element not found in mainstream K-pop. Sparingly using vocals and lyrics, he focuses more on experiencing a piece of music solely through the arrangement of electronic and traditional musical instruments.

His first full-length album Harp Song + Sentimentalism released in 2009, is currently the only one of his three albums available on the US iTunes site. With 11 out of the 13 tracks with full-bar popularity ratings, this album features his characteristic blend of electronic instruments, piano and strings. Fitting of its name, “Sentimental Scene” is melodious with a steadiness of a landscape gradually revealing its vastness.

Hee-young’s soft, almost whispered, yet clear English vocals along with his uplifting piano melody and rhythmic electronic beat in “Tune of Stars” creates an effective collaboration between two of Pastel Music’s indie artists.

Another great collaboration with English lyrics is “Brand New Life” featuring Taru. Having produced and written her 2008 mini-album R.A.I.N.B.O.W, in which she did a rendition of Sentimental Scenery’s “Miss You” from Harp Song + Sentimentalism, this album’s fourth track is concrete. With Taru’s voice digitally distorted, it resembles that of a vocaloid giving a more electronic feel to his piano-laced song.

Sentimental Scenery’s collaboration with Mari Mizuno in “Spring Breeze” adds a variety of elements characteristic to that particular genre. Once more using electronically distorted vocals along with a fresh fusion of musical genres belonging to Shibuya-kei like jazz and electronica, its  yé-yé influences in both the indie pop and Japanese sub-genre is model perfect.

In his most recent album, There is Nowhere Else in the World released in January 2012, Sentimental Scenery continues to venture out musically. Incorporating traditional musical instruments like drums with strings and the piano, “View” has a considerable level of breadth yet it remains close to his unique sound which progressively builds into a scene constructed through music.

Although instrumentals aren’t everyone’s cup of tea and some of us can’t do without a catchy chorus to pull us in, Sentimental Scenery is definitely a composer whose work can be appreciated and acknowledged for its distinctiveness. Enjoy!