A couple of days ago on Seoulbeats’ Facebook page, my fellow writer Subi asked our readers, “is it important for an idol, or any singer to create their music?”  To which I say: convenient timing, Subi, very convenient.  For I was just pondering that myself upon the release of Wonder Girls’ Ye-eun‘s self-composed song “Hello to Myself,” which is featured on the Dream High 2 OST.

Upon first listen, I have to admit that I wasn’t completely sold, but a few more plays have convinced me that Ye-eun has got something special going here.  The song is unique, full of character, and showcases not only Ye-eun’s immense vocal talent and range, but her talent for composition.  I’m particularly loving the earthy instrumentals.  It’s a very different color from much of the music we see in K-pop, and I applaud Ye-eun for taking a step outside of the idol box and directly engaging with the process of creating music rather than just performing it. 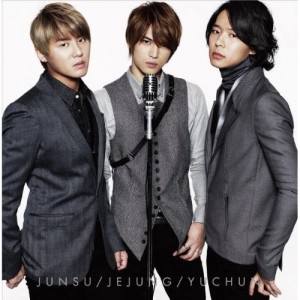 Of course, it’s a mistake to say that idols are either never or minimally involved in the music production process; the list of idols who have songwriting, composing, and producing credits is extensive and encouraging.

And the list goes on. Even my homegirl and secret best friend Tiffany from SNSD wrote the rap featured on “The Boys” English release (hey, it’s a start, right?  Right?).

But despite the impressive and growing list of idols who are taking a more active part in the composing and producing of their solo/group material, the number of songs that feature idol creativity are far, far outnumbered by the sheer number of those that are written/produced by outside composers and sold to entertainment agencies.  Similarly, the dearth of songs that actually feature idols displaying some degree of musicianship beyond singing stands in stark contrast to the vast quantity of over-processed songs that have been autotuned to hell and back.  Though many idols have expressed what I’m sure is an earnest desire to get their hands dirty when it comes to musical composition, it’s still a rarity to the point that whenever an idol does engage in some aspect of music production, it winds up being newsworthy.

Personally, the disengagement between idols and the music they put out has been especially difficult for me to reconcile.  As someone who grew up playing the piano and participating very seriously in music creation (read: writing a couple of uninspired emo songs as a teenager), it was always very important to me that the musical artist him/herself play a dominant role in both the composition and performance of their own music.  To me, anything 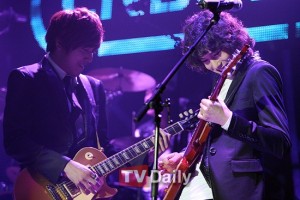 lower than this standard seemed disingenuous; as such, I was (and still am) an enormous fan of the work of Vanessa Carlton and Michelle Branch (oh, oh, and Rilo Kiley).  Watching Vanessa Carlton perform songs off of her sophomore album brought my 16-year-old self to the point of tears.  There’s an inexpressible beauty in seeing/hearing a performance that you know comes straight from the artist’s soul, and it’s something that I will always value and hold in high regard.

But I love my pop music, and specifically (obviously) I love my K-pop.  I wouldn’t be here if I didn’t.  My iTunes playlist is overloaded with synthesized and shallow crack, and I love every bit of it.  You can’t take it away from me — you’ll have to pry it from my cold, dead fingers.  And once you’ve done that, please bury me in my SNSD t-shirt.

To love K-pop is, I think, to acknowledge at least in part that what you are listening to is not really an expressive art form, but that doesn’t mean that it isn’t good music or that we can’t derive some sort of significance from the performance itself.  But at the same time, I certainly wouldn’t object if more idol names suddenly started showing up on the song credits.  I hate to say it, but personally, it would in some weird way rationalize my slightly insane obsession with K-pop and make me feel less guilty for spending all of my iTunes gift card money on K-pop while not buying Vanessa Carlton’s last album in its entirety (Vanessa, I’m sorry!  I still love you!).  Plus, I think it would be a great chance for idols to get personal when it comes to composing instrumentals and lyrics — fans always want more and more of their idols, and what better way to get a glimpse into your favorite idol’s heart than by hearing a song that he or she penned him/herself?

What do you say, readers?  Do you think that it is important for idols to be more involved in the music production process, or are you indifferent?