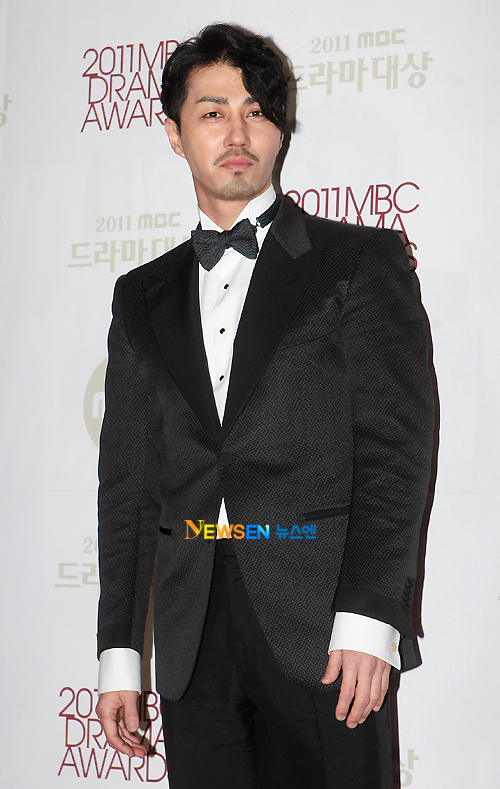 You’ve seen the red carpets from SBS and KBS, and finally it’s time for the 2011 MBC Drama Awards.  This event was very different from the others in that there really wasn’t a clear-cut trend among the attendees’ fashion.  There were many bright colors and a variety of styles, and everyone looked very different from each other.  Gong Hyo-jin donned perhaps the most talked-about dress of the evening — a dress that pretty much summed up the feel of the event.  The actress, who took home this year’s Top Excellence Award, was wearing a cheery yellow gown from pushButton.  It featured a unique cut-out back as well as pockets and gave off a slightly casual feel.  Gong is considered a fashionista in the Korean entertainment industry, but the execution of this style was quite poor, as her nude bra is clearly visible — a major fashion faux pas.  Her ‘Best Love‘ co-star Cha Seung-won is also known to be very fashionable; he’s always been one to depart from a generic tuxedo, and his appearance in a herringbone suit jacket and matching bow tie to this event was no surprise.

Former Miss Korea Honey Lee stood out on the red carpet in her gorgeous glittery dress from Diane von Furstenberg.  She wore the bold color and cut with confidence.  Singer-turned-actress Son Dam Bi also looked radiant in her white gown with the jeweled halter detail.  One of the best looks of the evening came from Lee Bo-young, who wore a simple black gown that was both elegant and flattering. While red, white and black are definitely not anything new on the red carpet, these ladies illustrate why it isn’t always bad to play it safe. 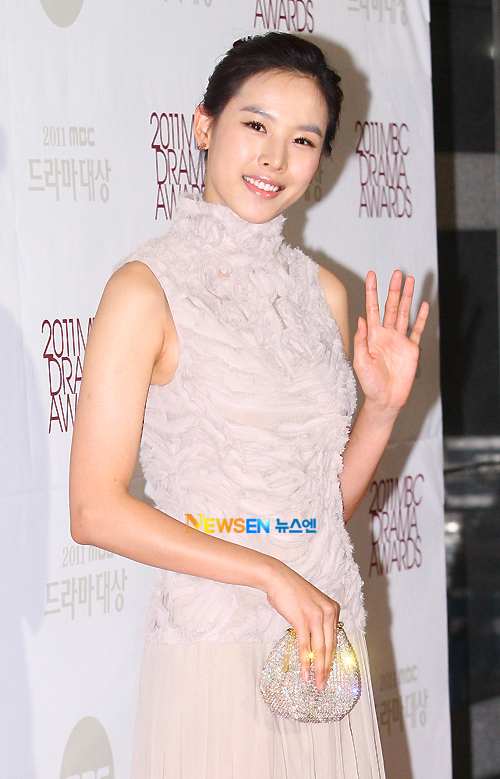 Kim Hyun-joo’s burnt orange draping gown is a winner at first look, but at second look it appears dangerously close to falling off.  Maybe drooping dresses was the trend of the evening, because Ha Yumi’s perky pink number appears to be suffering the same fate.  Jo Yoon-hee’s dress, however, is the exact opposite.  The overly ruffled bodice with a mock turtleneck has a suffocating, claustrophobic feel to it. 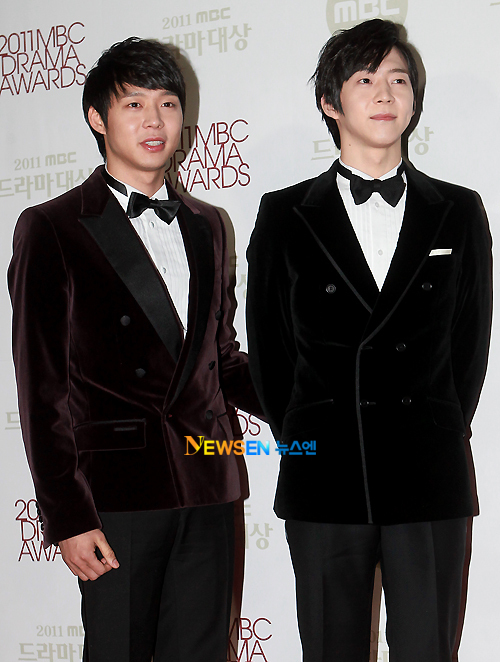 Finally, the duo that gets Best Couple on this event’s red carpet is none other than the Park brothers!  Park Yoochun and Park Yoo-hwan arrived in style sporting coordinating velvet blazers.  Yoo-hwan’s is a classic black, while Yoochun went for a deep plum from Dolce & Gabbana.

Who wore your favorite look at this event?  Which network had the best red carpet this year?