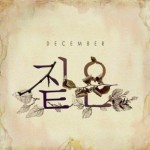 “It’s a word we use here. It means that the color, smell, among other things, is strong, intense. Literally, perfume is zitten…just like in English you use ‘deep’.” When asked to explain their band’s name during an interview with KoME World, Sung Yong Wook not only clarified its meaning but also captured their distinctive sound perfectly. Self-described as modern rock with a characteristic Korean feel, their melancholy yet light melodies and their thoughtful, expressive lyrics stir  listeners on an emotional level without being too sentimental or pretentious. Their music’s deeply moving yet pragmatic quality makes Zitten this week’s Indie Gem.

First heard on 5 CD compilation album commemorating prominent indie label Pastel Music’s 5th anniversary (2008), Zitten’s early recording version of “By My Side” (곁에) stood out from the other 71 songs. Yet, it wasn’t until “Secret”, off their first album entitled Zitten (2008), was released as OST of movie Summer, Whispers that this duo began to gain recognition. Having met at an amateur band meet-up in 2004, Sung Yong Wook and Yun Hyeong-Ro began to work together after realizing they both had an affinity for music composition. They began writing songs together some of which made up the five-song tracklist of their first EP Rock Doves (2005). Of the 500 copies printed, all sold out within 3 months. They submitted a demo to Pastel Music in late 2007 winning the band category of the audition. 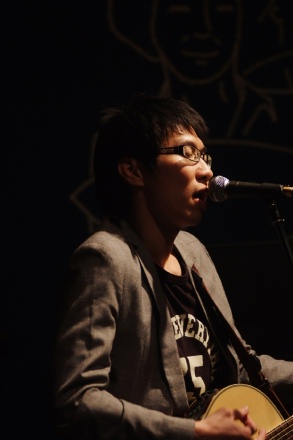 Though having enough material to be released as an album, it was decided that more strings and a new recording of drums needed to be added before its release in 2008. Yet, Yong Wook was left on his own after Hyeong-Ro was called to serve his mandatory military service. Yong Wook, having already served, expressed the great impact his band mate’s absence caused considering Hyeong-Ro played the drums, bass, electric guitar and was skill in programming while he was mainly in charge of vocals and the acoustic guitar. Without his bandmate, he was left without the half that excelled at his weakest points. When asked about its role in ending many indie bands, he also commented on the military service’s lack of familiarity with creativity.

During Hyeong-Ro’s absence, he continued performing as a solo-act at clubs and festivals becoming a regular guest at Jisan Valley Rock Festival. Zitten also featured on many different drama OSTs like MBC’s Triple (2009) and SBS’s Gourmet OST(2008) as well as on Tearliner’s song for Romantic Island (2008). Zitten released their second EP Wonderland in 2010, whose tracklist included some of their earlier work from Rock Doves along with new songs like “Save” that remained true to their beautiful melodic sound.

In late 2011, along with Hyeong-Ro’s discharge and the release of their third EP entitled White Night (2011) also came the duo’s amicable split explaining that they had originally began more as a project than a band. Yong Wook commented on their internet fan café how he wished to see it as, “a beautiful close to a successful and happy season.” Both members participated in a final performance last December, venerating the new album’s release as well as Zitten’s overall success despite the absence of an essential band member during which Yong Wook had the opportunity to develop. Their first single off the EP, “Moonlight”, remains true to their original sound. Yet, with the subtle addition of heavy electric guitar as well as an electronic beat, a different element has been added to their already distinctive sound.

Zitten’s Wonderland  is available on US iTunes and with the rise of popularity of K-Indie via the internet, Yong Wook was asked about how he felt towards overseas performances. Preferring to concentrate on the native music scene in Korea, Yong Wook has stated he’d consider it when and if the opportunity arises. Already having experimented with writing lyrics in English, he’s acknowledged his poor pronunciation as well as the importance of meaningful lyrics in conjunction with the melody—reflecting a prominent characteristic of the Indie scene in South Korea.