"Take Care of My Cat" depicts realities of high schoolers 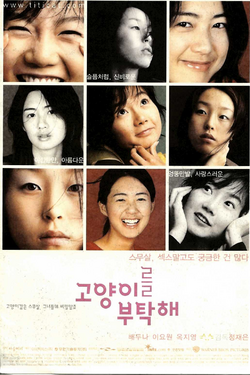 People always seem to be moving, nothing stays the same. The 2001 movie, Take Care of My Cat is about giving a realistic view on this thought. Although this movie isn’t a bubble of energy, it does a great job at highlighting some of the pressures on Korean society, which can easily be translated to almost any other culture. Contrary to its title, the movie does not revolve around a cat, though it does contain one. It’s about a group of five girls fresh out of high school. Because of jobs, family, and having to make time to see each other they begin to drift apart. The movie showcases some aspects of each of the girls’ lives, but it mainly focuses on one girl, Ji Young. She has decided what she wants to do, but has no way or idea of how to do it.

Acting:
Although the actresses were relatively new to the scene, they were good at not overacting, making their parts come to life. Despite this, some of them could have been replaced without making a huge difference and their roles did not seem to be too demanding. Out of the five girls, the actresses Lee Yo-Won (Hye-Ju) and Bae Doo-Na (Tae-Hi) have achieved the most success in their careers. Their recent works include 49 Days and Gloria respectively. The others have either gone on to do lower position roles or have fizzled out.

Story:
The plot in and of itself is a nice change of pace from other growing up movies, mainly because it chooses to revolve around girls that aren’t fighting for some guy or acting like saints. These are real, average looking, normal girls. Although some girls can be easily disliked the plot does a good job at giving hints at why the person is like that. The characters are written in so much detail and complexity that I can easily see an individual movie or short about each one of them. The movie tries to get as close to reality as possible but deviates only to keep the plot rolling. Sometimes reality is boring and never goes the way you want it to. 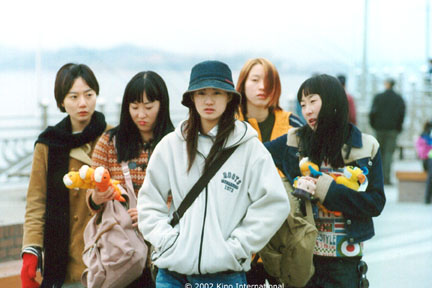 Impact:
One of the most pivotal points in a person’s life is exiting high school. It’s like running into wall of reality, and the rules to get by are changed. Time is scarcer, friendships end, and money begins to be more than just paper. Even if someone was told us this, there isn’t really anything that can be done. Sure you could delay it, by going to college or being supported by parents; but somewhere down the line you have to move on. The girls are at varying points in this process, and there is at least one that you could sort of relate to. Hye-Ju, literally moves to accomplish her career plans in Seoul. The twins, Bi-Ryo and Ohn Jo, are content with staying in place, leaving them in a world of their own. Completely opposite to Hye-Ju, Tae-Hi is set on seeing the world by drifting around to wherever life takes her. Lastly, Ji-Young is left standing still, alone. She has to take care of her grandparents and is financially unable to do anything other than work. What is interesting is that no one really no knows about her situation, they didn’t even know where she lives. These characters only knew each other in the realm of high school. It becomes endearing to watch her struggling to make ends meet and find her way, while her friends are off doing their own thing. It makes you wonder how much people really know you. 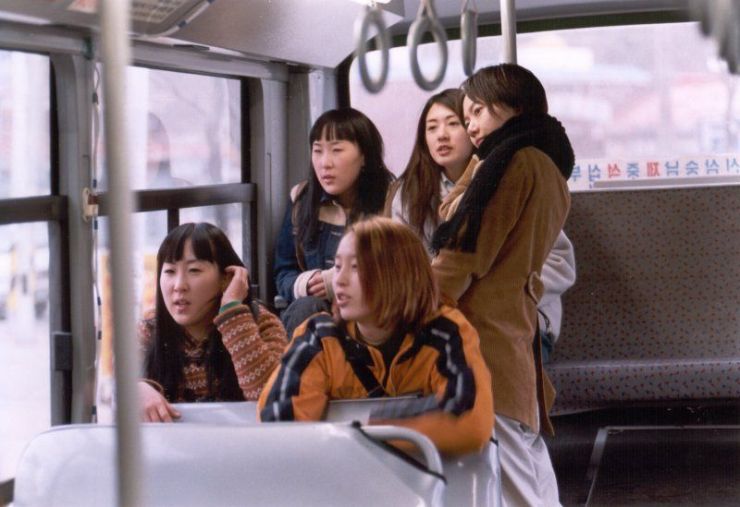 Production:
There isn’t much music in Take Care of My Cat, which is done to make things real. However when music is played, it is to fit the mood rather than define it. Beyond its well defined characters, the film shines with its scenery. It feels like you’re being given a mini tour of Korea, there is a new place in almost every scene. By being taken to these places aspects of Korean society seeps through. Like the difference between Seoul and other cities. By listening to the characters’ connotation and by viewing its surroundings, Seoul is like New York City or San Francisco in the United States. Another thing is its shots of shanty houses. This is pretty uncommon in movies or dramas; seeing as the recent trend is to highlight the richer side.

To my astonishment this was Jeong Jae-Eun’s (the director/writer) film debut. After viewing the movie for the first time, I found an interview with her. Despite thinking that I had a good grasp on it, she pointed things out that I didn’t even notice. Such as the artistic representation of the text, or the fact that when the group is out in public they are always in places that have people in constant motion. In short, there are many subtle touches that make this film stand out. I find it enjoyable to re-watch the movie and look for the things I missed.

This is not a film about an underdog climbing her way to the top. It’s more about moving on to the next point in your life and becoming comfortable with the decisions that you make. My favorite part of Take Care of My Cat is that it is easy to relate to, friendships and aspirations are universal. The only downfall is that it might be a tad slow at times, but when that happens there is always the cat to cute things up (unless you’re a dog person…).