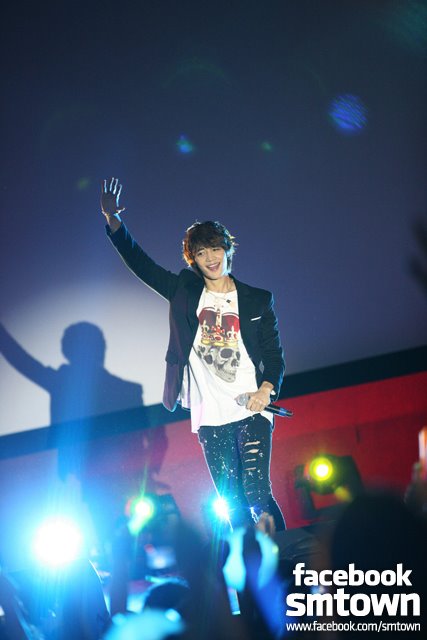 It’s a shame that the news of SHINee‘s recent performance at The 6th London Korean Film Festival was largely overshadowed by the fangirl-led tomfoolery that occurred upon SHINee’s arrival at London’s Heathrow Airport, and I say this because SHINee’s concert at the Odeon West End movie theatre was actually pretty good. Not that I was there in person to see it, though. Sadface.

A few months ago, SHINee held a performance in London’s Abbey Road Studios, making them the first Asian artists to perform in the venue. The heated response from SHINee’s fans in the UK earned them another shot to perform in London, this time as the opening concert for the annual London-Korean film festival held in London.

SHINee has spent the last year or so promoting rehashed versions of their past Korean singles in Japan, so it’s understandable that they haven’t had time to put out new material since “Hello” was released last November. But I gotta admit, it is getting a little exhausting seeing these five guys do the same three or four songs at every one of their performances, and I’m fairly certain that the routine is starting to get a little stale for them, too. But until their new Japanese album comes out later this month (please be good, please be good), we’re stuck with hearing the same renditions of “Lucifer” and “Ring Ding Dong” until we’re all frothing at the mouth.

But thankfully, the members of SHINee were able to mix it up a little at the London concert by pulling out a few solo acts. While some performances were acts familiar to seasoned SHINee fans (Jonghyun‘s rendition of “Nothing Better” and Key‘s “Tik Tok“), others were new (Onew‘s “The Road To Me“; Minho‘s “Rocketeer“; Taemin‘s “Be Good To You“). Check them out below:

Despite the fact that SHINee’s venture into the Japanese market hasn’t served to add much to the group’s musical repertoire, I still believe that being in Japan has done SHINee a world of good. Ever since they’ve been in Japan, they’ve improved a lot — and while such improvements may be difficult to see through the worn-out repeated performances of “Lucifer” and “Ring Ding Dong,” it’s clearly evident in these solo performances. In preparing for these solo performances, the members are working with material that actually suits them — and that’s not necessarily something that happens all the time when the group is promoting a new single. 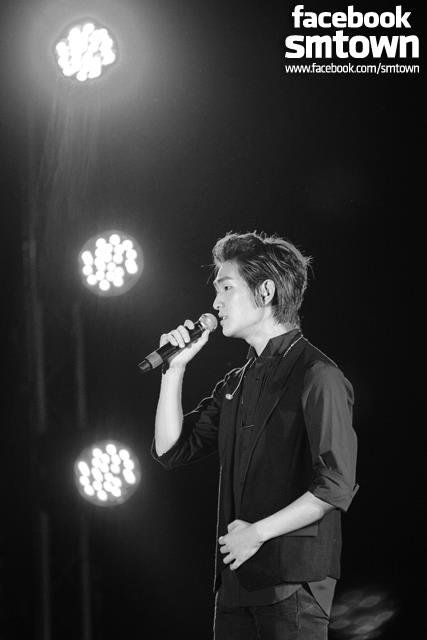 Each solo song fit perfectly with its respective performer, and the end result was a set of solo performances that were simply a joy to watch. I haven’t heard Onew and Jonghyun sounding this good since their debut. Taemin’s really grown into his voice this year, and it shows. Key is fabulous is always with “Tik Tok,” but more importantly, he’s learned to fully integrate the audience with his performance and truly work the crowd. And Minho, my baby Minho… even if his timing was a bit off during the beginning of the performance, I’m just proud of him for being brave enough to sing using his falsetto. I’m also fairly certain that he wrote his own rap for his solo, which is pretty cool. And also, SHINee doing Far East Movement? Let me die now.

But in all seriousness, I’m really glad to see how SHINee has progressed even during this long-term departure from the Korean music scene. Truth be told, I’ve always believed that SHINee’s peak was at their debut — everything they did performance-wise was flawless back then — but after that, I feel that the pressures of variety show appearances here and radio appearances there distracted them from doing their best, which led to the general decline of their skill and quality as a group. But now that they’ve had this time to recoup in Japan (where they’ve been doing nothing but performing because variety show skill is a complete moot point if you’re not fluent in the language), they’re finally rising back to their full potential. Which is good.

SHINee will be releasing their first full-length Japanese album at the end of November — which means what? New songs! It’s been six months since they’ve debuted in Japan…about time, don’t you think?