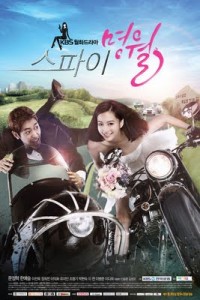 Every year there’s always that one drama which starts out so well but halfway through become a train wreck in too many ways to count, that one drama that you cheer on, hoping and praying it’ll improve the next week, that one drama whose fans can’t even explain why they even watch.  Spy Myung-wol is my “drama that could have been” for this year.

When news and teasers of Myung-wol were first released, I was definitely interested.  My train of thought went a bit like this: “North Korean spy in South Korea = boring, I already saw this. Modern day comedy with North Korean spies in South Korea = wait what? Is that even allowed? Who thought of this?” The premise was new in some ways and I wanted to see what the writers would do with the touchy subject of the North-South tensions.  Plus I’m a fan of Eric, not because of Shinhwa or his gorgeous looks but because he’s a decent actor, a very down-to-earth celebrity, and overall classy man.

So Myung-wol started off well, with little jokes and quirkiness that had me chuckling and a light arc which left me feeling good.  Despite the dubious conditions and sometimes borderline ridiculous plot lines, I was entertained.  But somewhere between Mission Capture Hallyu Star for the Good of North Korea and falling in love with said star, I lost interest.  Part of it is due to the staleness of the writing.  After all, you can rely on over-the-top antics only so far;  the story must have substance and actually make sense to keep interest and Myung-wol had none of that.  Once the plot left the land of lightheartedness and entered the obligatory angst and darkness, it fell apart.  Part of it was the acting.  I just could not feel the chemistry between Eric and Han Ye-seul.  The directing was also lacking here and there with no real direction.  I stopped watching. 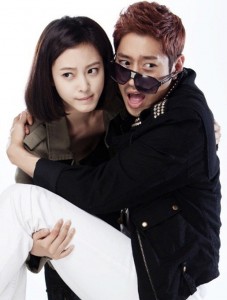 But the biggest downfall of the disaster that is Spy Myung-Wol is the scandal that erupted. Seoulbeats followed and commented on the entire debacle of Han Ye-seul’s breakdown, departure, and the drama that followed the drama all the way until the end.  Once I heard of the news, I came back to Myung-wol.  I watched and dissected Episode 10, which became my favorite episode, because finally there was quality writing and the chockful meta was the entertainment that made me love the drama in the first place.  I suppose once you have real juicy ideas to base the story on, the writing comes more easily.  However once Ye-seul came back, the mess just exploded even further into a million random bits.  They dragged out the angst, they added noble idiocy, they kept hidden secrets which were so blatantly obvious and should have been revealed.  They made Kang-woo useless, Ryu an idiot, and Myung-wol an indecisive and frail anti-heroine.  And In-ah suddenly becomes the good guy?  The finale with its feel-good happy ending and perfect bow tie on a fan service affair left me so disappointed and empty.  All the angst, the tormented tears, the unnecessary departures were for nothing.  Why Myung-wol why?

It’s been two weeks since the end of this drama but the bitterness remains every time I think of it.  I expected so much, I was rewarded with so much, but then it was all taken away.  Every good drama needs to have at least two of the three crucial elements: writing, acting, and directing.  Unfortunately, the weakness of all three and the frayed relationships which developed after the scandal turned Myung-wol into an unfortunate failure.  This was the drama that could have been, the drama which could have made a name for Eric, the drama which may have shot Han Ye-seul to enough fame that she could forever leave behind dramaland, the drama that could have somewhat fill the empty hole that is City Hunter.  However, it faltered and fell short, failing to leave any lasting memories in the mind of this drama addict.

What did you think of Spy Myung-wol?  Was there untapped potential or was it a dud from the very start?