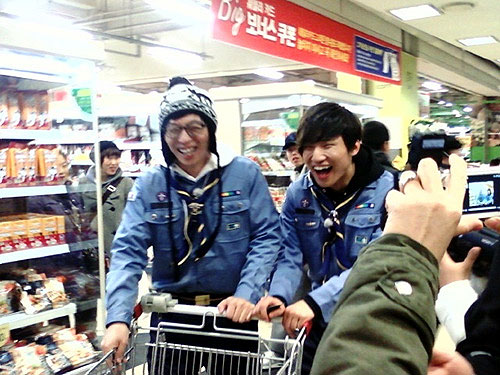 And all is right in the Kvariety world…  Fan pics were uploaded in the Daesung Gallery of DCinside.com of Yoo Jae-suk and Big Bang‘s Daesung wearing Boy Scouts’ uniforms and pushing a grocery cart in a supermarket- which could mean nothing other than Daesung would be on Running Man!

The pics spread like wildfire across the internet and finally on the 9th, the PD of Running Man, Jo Hyo-jin, confirmed that Daesung will appear in an upcoming episode of the show.  He reunited with his hyungs from Family Outing, Yoo Jae-suk and Kim Jong-kook, on March 7th at the Nanji Campgrounds to film the episode which will air on March 27th.  The PD went on to say that Daesung fit in nicely with the whole cast and the fact that he already appeared in Family Outing helped him to easily perform well on Running Man.  It’s said that Daesung brought a lot of fun to the set even though they all had to work through the cold weather. 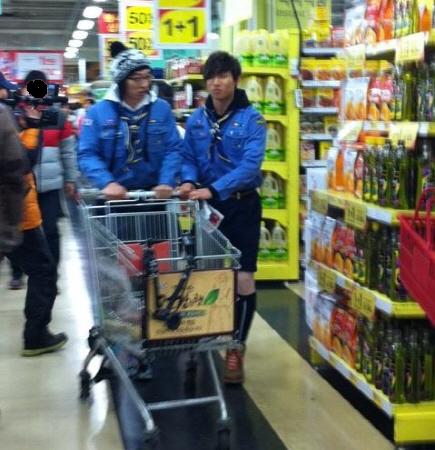 I think a lot of us that were fans of Family Outing were waiting for the day that Daesung would guest on Running Man, he just HAD to, you know.  Personally, I was hoping for all of Big Bang to appear (how epic would that have been), but after Seungri appeared I knew that was pretty much out of the picture.  Ahhh, I can’t wait until the 27th! *marks calendar*