DBSK releases full length MV for Before U GO 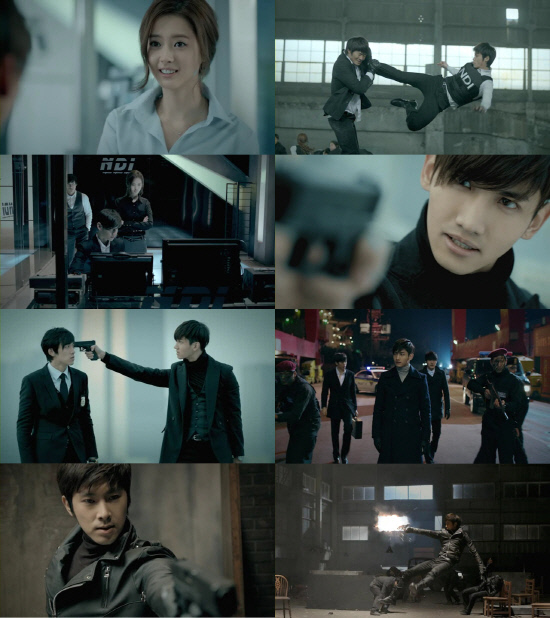 Or, what I like to call DBSK‘s “I’m a bad ass” mini movie.  The so-called full length MV is a whopping 16+ minutes, it’s kind of hard to call it an MV when I couldn’t even tell which song it was for… what did “Before U Go” sound like again?  Yunho and Changmin along with fellow SM Entertainment talents Choi Jong-yoon and Go Ara look great in the MV as special agents that have to deal with their friend’s betrayal and going all rogue agent on them, hmmm… no, I won’t go there.  Check out the mini movie here:

The MV, directed by famed MV director Lee Dong-jun, is slick and well made and actually features three songs off of their repackaged album “Before U GO,” “Keep Your Head Down,” and “Story I Don’t Want To Believe.”  My only criticism, I LOVE Yunho, but his ‘Superman’ scenes towards the end (around 11:50) were a tad bit unbelievable.  The dude with the gun was standing right in front of him and shooting yet Yunho just walks up to him grabs his arm with the gun and proceeds to shoot all the bad guys with the dude’s gun including the dude himself… uh huh, TOTALLY believable. *shakes head*

I have to admit though, that I really liked “Before U Go”- it’s a great song and quite possibly the best released by the two member DBSK.  I liked the mini movie too, not sure why they felt the need to do one though.  I thought the original MV was pretty good already.  But hey, 16 minutes of Yunho and Changmin?  I’m not complaining.