It's a Battle of the Bins 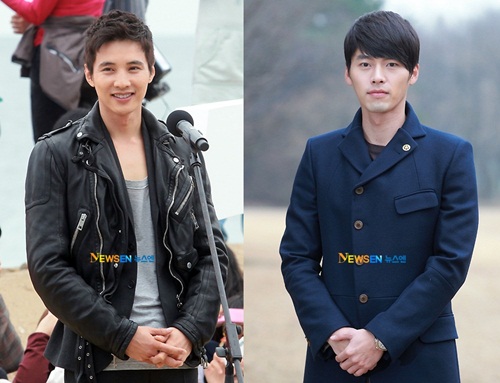 Both stars are at the top of their games with Won Bin riding the wave from his hit movie Ajusshi aka The Man from Nowhere and Hyun Bin’s popularity spiked again with his take on the body swapping CEO Kim Joo-won in the super popular Secret Garden.

The advertising campaigns for the two actors with their respective electronics companies are scheduled to begin next month.  The battle will need to be an intense and brief one as Hyun Bin will be leaving for his two years of military service next month.