Which girl group brought home the most awards in 2010? 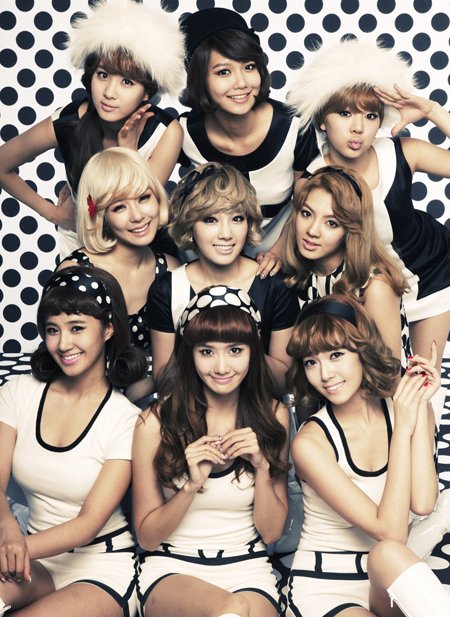 From December 14th to December 27th, Korean music portal site, ‘Bugs!‘ conducted a poll titled: ‘Which girl group was blessed with the most awards in 2010?‘  Among 2,829 participants who took part in the poll, 65% (1,822 people) voted for SNSD (Girls Generation), putting the girls at first place.

Tell me honestly: did you gasp in surprise, or merely sigh in resignation and thought, “I knew it!”

Of course, SNSD dominated the music industry by clinching the Digital Daesang in 2009 and Disk Daesang in 2010, an impressive feat which is not easily achieved. They also managed to show off their popularity at various year-end award shows by winning 3 awards at the  prestigious Golden Disk Awards 2010, another 3 awards at the Bugs Music Awards 2010, and a whooping 4 awards at Melon Music Awards 2010. With their sensational comebacks “Oh”, “Run Devil Run” and “Hoot”, SNSD beat out other artists to bag 14 K-Chart Awards on KBS 2TV’s Music Bank and 8 Mutizen Awards on SBS’ Inkigayo throughout the year.

In 2010, SNSD also made their big debut in Japan, under the name of Shoujo Jidai. They were selected as the Best Rookie by Japan BIGLOBE and nominated for the Best Rookie Award at the 2010 Japan Record Award.

In the same poll, the charismatic YGE babes 2NE1 came in 2nd with 20%of the votes (548 people), followed by power-rookies miss A in 3rd position with 8%.

SNSD has indeed been receiving tremendous amounts of attention and support in 2010, making news with their various hit songs and leggy silhouettes. The girls have come a long way since their quiet debut in 2007, when they were basically overshadowed by the Wonder Girls with the Tell Me craze, booed off the stage at the unforgettable Dream Concert 2008 incident, and accused of plastic surgery rumors…but hey, look at where they’re at now?