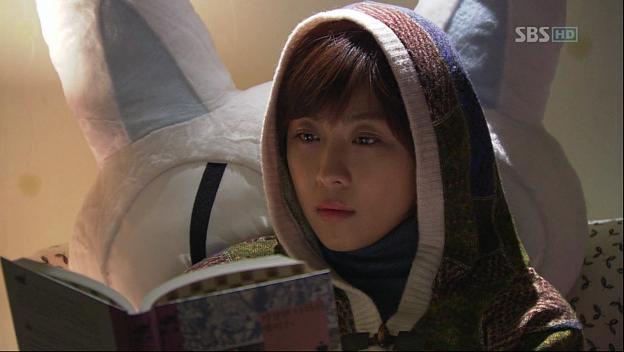 You know when a Kdrama is getting “big” when it starts to affect Korean society.  In the case of Secret Garden, first it was the numerous appearances of sequined track suits by various Korean celebs and now it’s a spike in sales of the Lewis Carroll classic Alice’s Adventures in Wonderland. 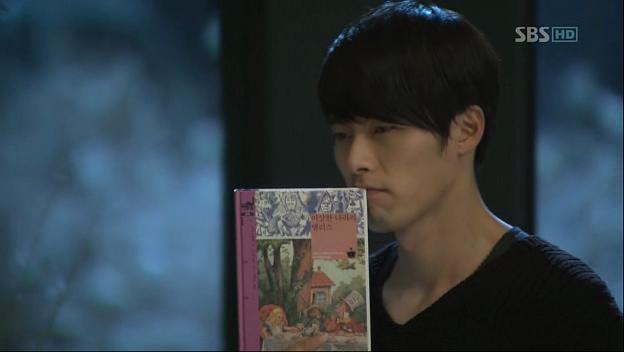 In recent episodes of the drama, Ra-im (Ha Ji-won) began a mini library of her own. She told her roommate that she was doing it because she had visited someone’s home (Hyun Bin‘s Joo-won) that had a large library and she wanted to read some of the books she saw there to try and better understand that person.  Later on in the drama, we see both of them reading from Alice’s Adventures in Wonderland and contemplating one particular conversation between Alice and the Chesire cat about finding one’s way.

Would you tell me, please, which way I ought to go from here?”

“That depends a good deal on where you want to get to,” said the Cat.

“I don’t much care where—” said Alice.

“Then it doesn’t matter which way you go,” said the Cat.

“—So long as I get somewhere,” Alice added as an explanation.

“Oh you’re sure to do that,” said the Cat, “if you only walk long enough.”

In December, Alice’s Adventure’s in Wonderland has shot to the top of the best sellers’ list in South Koea.  This week, it reached the number 2 spot on the best sellers’ list.  A similar literary phenomenom happened on one of Hyun Bin’s most famous past kdramas, My Lovely Sam Soon.  In the drama, Sam Soon (Kim Sun-ah) reads Michael Ende‘s novel Momo. Ende’s most famous work is The Neverending Story, Momo was one of his lesser known novels.  After having the novel appear in My Lovely Sam Soon, sales for it skyrocketed in South Korea eventually selling over 1 million copies.

Hmm, I’ve been thinking about reading Alice myself.  Thinking back I don’t think I’ve ever read the original work, just the Disney adaptation.  Maybe I’ll download it on my brand spanking new Kindle, thanks Santa!