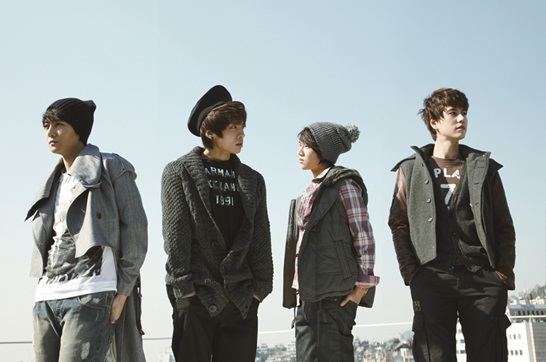 Another project group is set to debut from the idol factory aka SM Town.

The new ballad group dubbed “S.M The Ballad” will consists of the best vocals within SM, who are SHINee’s Jonghyung, Super Junior’s Kyuhyun, Trax’s Jay and SM new face, Jino.

Obviously, Father SM did a good job of cherry picking his talents for this project group, however, he chose the worst name possible for the group.  What happened to the idea of creativity?  Not saying names like SHINee or f(x) or H.O.T are any better, but they are slightly more creative than just “S.M. The Ballad”.

The first album is scheduled to release one day after my birthday, November 26th titled “Really Missing You” (너무 그리워).