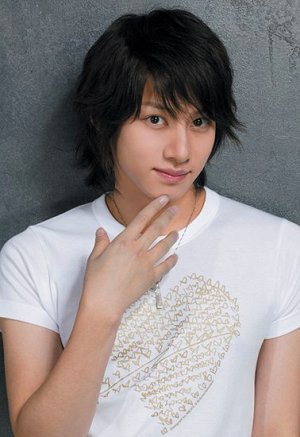 I think I’ve become accustomed to reading about the various evils of SM Entertainment because Heechul’s message about his loyalty to the company threw me for a loop. Whether you love him or hate him, he is definitely the most individualistic member of Super Junior. I always saw him as the member who walked to the beat of his own drum, was more than just a bit selfish, and seriously weird. Despite the controversies with SME at the root of it all, Heechul’s commemorative entry in his fancafe was, for the lack of a better expression, a nice change of pace. Instead of spouting off about slave contracts and the serious lack of humanity of entertainment companies, he talks about loyalty and shows real fondness for the agency that helped make him a star.

Although I’ve already debuted over 5 years,
But through this 5 years together with SJ
There have been a lot that happened

I can only say “Thank you”
Not only to the fans, to the members as well,
of course, the fans and members should thank me too

Just like what I always say, the company is nice and I also get along fine with the members
(They) let me do whatever I want to do and (they) don’t force me to do what I don’t want to do
Even sometimes when I say some impolite words, they don’t scold me;and also with my (bad) temper hahahaha

Because I’m now an MC, you will be able to see variety Hee soon

Even though because of the amazing results I’ve produced in this period of time, I’ve also been caught (by other companies)
Honestly, where else that I can find a company like this……

I’m always very loyal
“Of course, a real man should be loyal”
Anyway, we can only live our life once(,) living on by being loyal straightforwardly isn’t bad

When drinking, the people around me will ask
“You are so loyal, what is left of you?”

I would reply
“You meet with me, what is left of you?”

Recently, I feel really happy to live this life

A comfortable feeling to the soul? A sense of firmness?
Ever since these kind of feelings appeared
The times where I laugh becomes more

I want to say to everyone:

I hope that when you see me, you will also feel the happiness

Just like how I’m happy, you’ll be happy too
Only when you’re happy, I’m also happy

“Because I like Kim Hee Chul, I feel happiness in many things.”
If things like this can increase, that will be good

I didn’t use any honorifics to say all these so if you feel unhappy, please understand
When I started to write this using formal language, the feeling was very awkward, so I rewrote this
ㅋㅋㅋㅋㅋㅋㅋㅋㅋㅋㅋㅋㅋㅋ

I hope that you can be happy because I’m happy!!