Get Ready to Say "Adieu" to Rain

In what is being hailed as Rain‘s last concert for 2 years as he heads into his mandatory service in the military (still waiting the official notice on his actual enlistment date though), Clouds are getting ready to shell out the big buck$ for tickets to see their idol sing and dance (and lift up his tank top!) on stage at the “ADIEU 2010! With Rain” concert. An official poster for the concerts on New Year’s Eve was recently released: 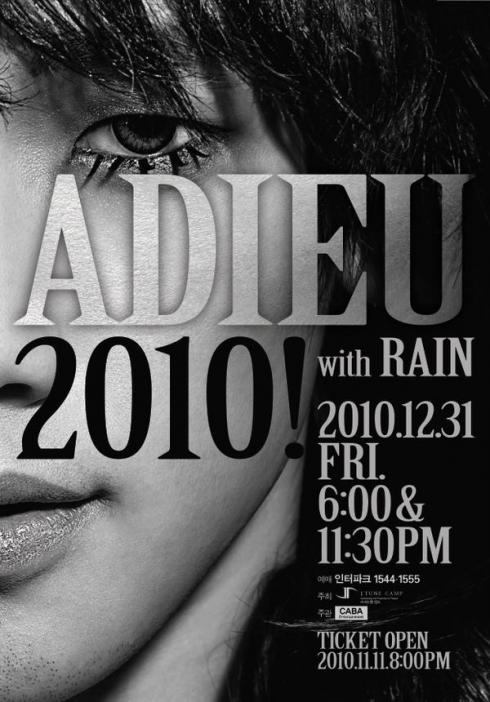 I think that the KPOP scene will indeed just be a little more grey and gloomy without Rain for two years, so I can understand paying upwards of $150 or so for standing room tickets among his most loyal and rowdy fangirls and fanboys. I bet the “Happy New Year” sentiment will in fact be a bittersweet send off to our Mr. Bad Boy Bi. 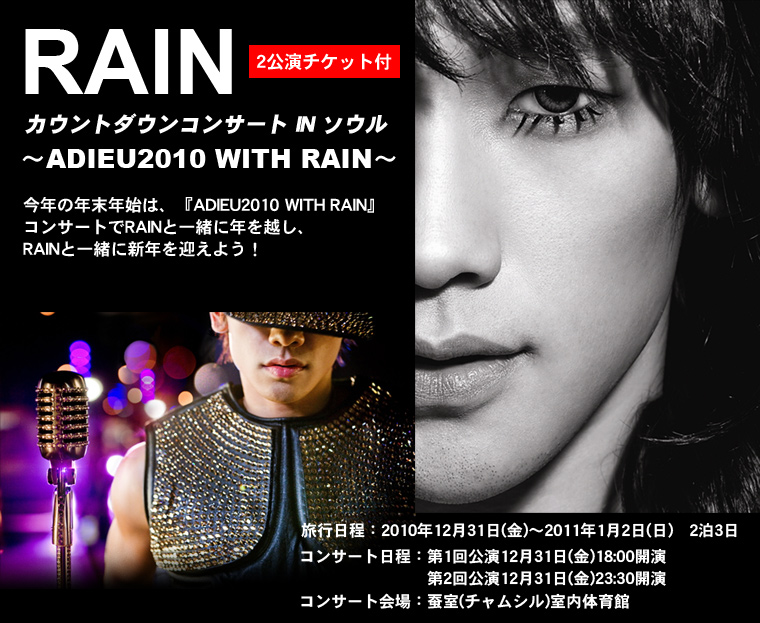 For more info on the concerts and getting tickets for those of you lucky enough to be in the ROK this New Year’s Eve and want to be amongst the thousands in Seoul Olympic Stadium, go here. Tickets go on sale on the 11th.