2PM says Taec acts the most differently in front of girls 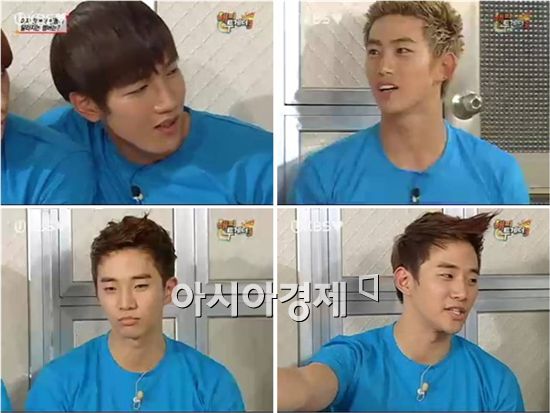 2PM revealed today on “Happy Together” that Taecyeon does a complete 180 when he’s around girls. The guys ratted out an incident where Taecyeon saw f(x) and his intonation completely changed when telling them that they did a good job.

Taec defended himself by saying that he was merely imitating an f(x) song, buutttttttt……we know what’s up.

Likewise, Junho rats Junsu out for his behavior in front of the ladies. Junsu is from Daegu and does slip in and out of satoori I imagine, but in front of girls, he always straightens himself up and speaks in smooth Seoul dialect.

I love it when idols spill on each other’s romance ventures. So little of it occurs that it should be a normal thing to share.