T-ara Takes The Plunge To Japan 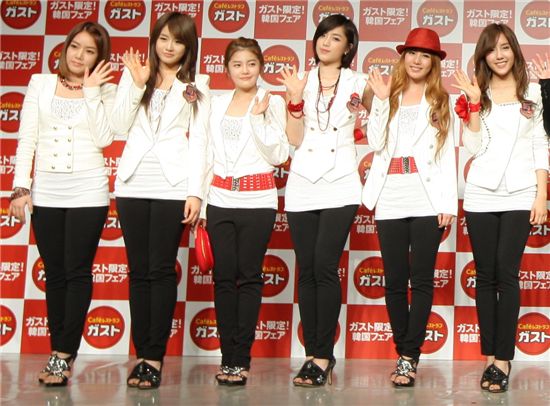 According to their agency Core Contents Media, T-ara will sadly not be partaking in the girl group domination battle this fall. Instead of butting heads against SNSD and 2NE1, they will be jumping on the let’s-expand-into-the-Japanese-market bandwagon and make their debut soon. Apparently, a rep rushed their butt to Japan and settled the finer details of a contract with a major entertainment agency. They stated, “We will announce T-ara’s expansion into Japan at the earliest date possible, probably around the time when they are almost done perfecting their second album.”

I’d personally love to see them rehash “Bo Peep Bo Peep” for kicks and giggles. Somewhat doubtful, but I can only hope. With KARA making waves in the world of J-pop, how do you think T-ara will fare?