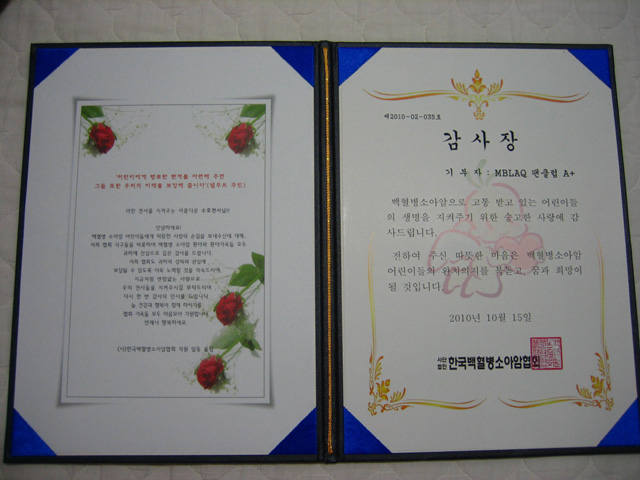 To celebrate the one year anniversary of Rain‘s band of mini-me minions, MBLAQ‘s most loyal Korean A+ members didn’t give up their sweat or tears, but their blood. (Actually, some may have given all three, but I digress.)

In total, 30 packs of blood were donated in MBLAQ’s name to leukemia and cancer patients. Those are 30 die-hard fans! 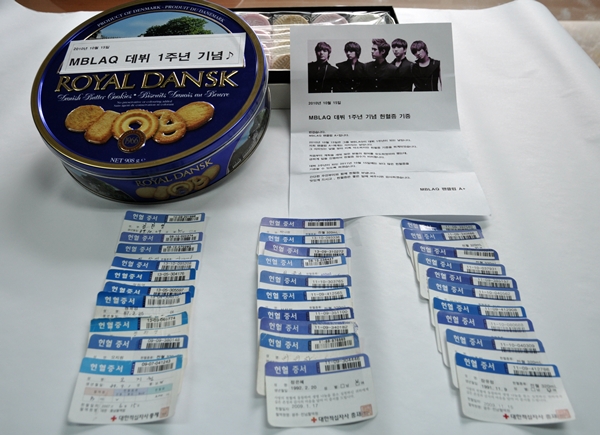 Some fans send gifts to their idols, others send rice, and A+ girls give blood. I know who I wouldn’t want to get into a fan war with–youknowwhatimsayin?

PS. Has it really already been a year since MBLAQ’s debut? My, how time flies. Now I see why they are no longer considered rookies and are up for the big awards!!