G-Dragon is Right - for Once 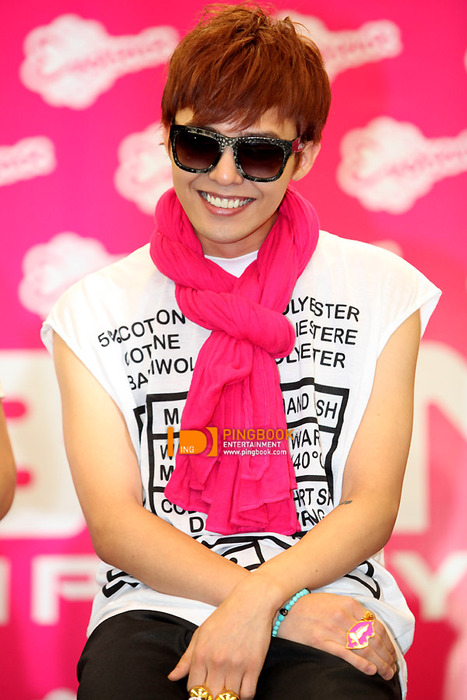 It’s not very often that Big Bang’s Gaga-Dragon and I have much in common; nothing wrong with that, we’re just two different people with different personalities from different dimensions and planes  of reality. But it is a very rare occurrence for someone to finally voice exactly what I am not able to put into words. Oh, I tried. However, I am willing to admit that popular gasoo and trendinista G-Dragon got to the heart of the matter.

About last week, an article from MyDaily featuring G-Dragon was the source of some interesting discussion amongst k-pop fans. The piece was originally about Big Bang’s comeback, the long hiatus, all the pressure they’re facing, yada-yada, but when asked about it, the group’s erstwhile leader made some surprisingly insightful remarks concerning the k-pop industry:

“I have no confidence in the market anymore. These days, singers finish their promotion cycles in three weeks, and everything changes again. The thought of preparing for two years and only receiving three weeks of love is upsetting… I want to sing songs that receive love over longer periods of time.”

It’s not the most complex of statements, but it hits right to the core of what I and many other k-pop fans have felt this past year.

A lot of quantity but no quality leading to a monotonous assembly line of inexperienced idols packaged and opened on music/variety shows for our enjoyment. It is a surprising thing to hear a popular idol, one who has arguably benefited quite handsomely from the industry itself, openly criticize it.

But, he speaketh the truth. Big Bang has been on hiatus from the Korean music scene proper for two years now. Like dog years, we’re talking something akin to a decade for kpop music lifespan. Naturally, fan cafe numbers are down and Big Bang’s fans are anxious as to how they will fit in to the current cycle of music. And if they do pop in like a puzzle piece, that could either turn out being good or bad.

Even a virtual newbie like myself could gauge the instability of the music market this year. It seemed so promising in the beginning – new groups! Sexier  groups! Sexier girl groups! Rain! Hyori! SE7EN! BoA!………all the ingredients were there, but  something integral was missing to bring it all together.

You could blame the songs, of course. Granted, it hasn’t all been bad (in kpop grade quality) but in my honest opinion  fans are still waiting for that HIT SONG of 2010 to come in sweep everything and anything. So not bad, not good. Which can sometimes be worse.

Of course it would help if artists could  promote a song more than three freaking weeks at a time. I don’t know about anyone else, but I could probably make a decent-sized list of all the songs that didn’t grab me at first listen but grew on me with time (‘Bad Girl Good Girl’ for example).

It’s a pipe dream for sure, but if promoters could give the song, its concept, its meaning, a little time to sink in before the artist is dragged off to this variety show, that acting gig or debut in Japan – fans might feel more connected to the music somehow.

I think that’s why G-Dragon’s control freak tendencies may win out in the end. If the group is spending as much time sweating the little details as he says we may not see the album until next year — but, better to kick the year off with a bang than with nothing at all.