SHINee returns to the stage next Friday! 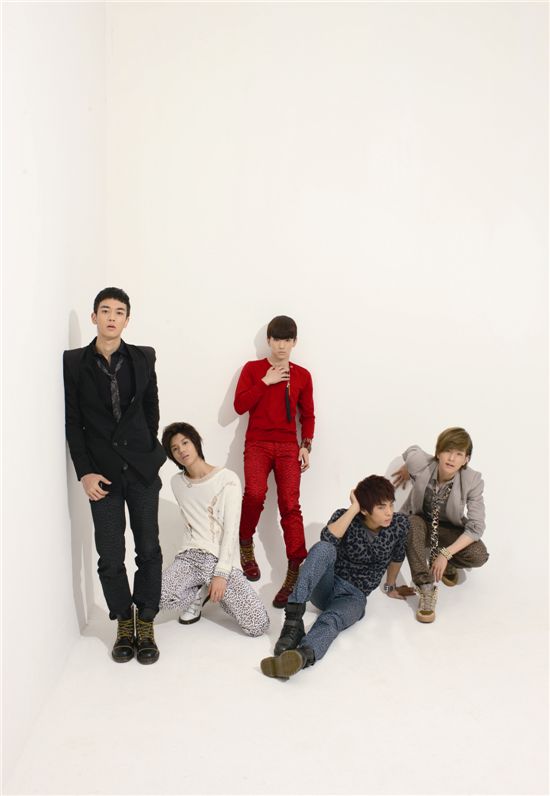 BoA said it, so it must be true, right? Apparently so.

Earlier today, BoA announced via Twitter that SHINee would be making their comeback performance next week, thus launching promotions for the repackaged version of their second album:

“Inkigayo is over; Chuseok is over…:( Next week, it’s SHINee’s comeback! Hehe, I won’t be so bored in the waiting room anymore! Thanks to everyone at work who has been hardworking and supportive since the morning ^^”

It now appears that the promo track will be entitled “Hello,” and is billed as a fun pop/R&B tune that “features consistent rhythm and repeated synth-sound and gives off a refreshing feeling through the soothing vocals and soft harmony. It is a trendy R&B pop song about expressing feelings to a lover and incorporates bright lyrics to add to its charm.”

It’s only been, like, what, two weeks since the members went on break? And now they’re off on another two-month stint of promotional activities? Jeez. I’m as big a SHINee fan as any other and I’m excited to be seeing them again, but please…no repeat performances of Onew’s fainting spell or anything like that, ‘kay?