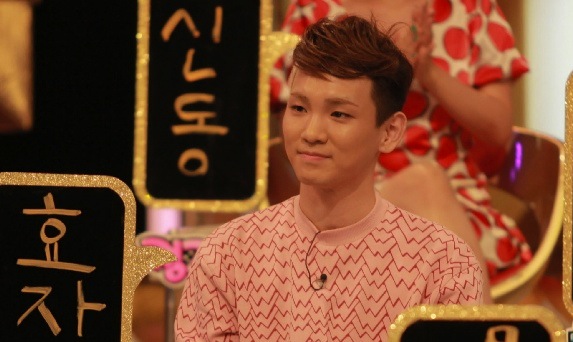 To be honest, I expected something a little juicier when I heard that SHINee‘s resident diva was to make an appearance on the August 31st episode of Strong Heart. But his actual remarks seem to be pretty interesting as is.

Key admitted that he feels “bitter” – and not about his pink sweater  or his old-man combover. Rather, it’s when he sees fan-produced MR (music recording) removed videos of live performances. Like this:

Which (and I’m admitting this as a die-hard SHINee fan) doesn’t sound too pretty (by SHINee’s usual standards, anyway), thus making Key’s concerns somewhat legitimate. That is, until he revealed that he believes that “[MR removed videos are] taking away the most important thing to singers – that is, the music accompaniment, just so their abilities can be proven.”

Um, I thought a singer’s voice was the most important thing to a singer – not the fantastic-elastic BG music. Yeah, I don’t get it either.

Thankfully, his second comment made a little more sense. “As for idols,” he remarked, “there are bad stories about how members get short parts in songs. Different voices fit different songs, and it isn’t fair to judge a member’s ability in such an incomplete way.”

Shindong clearly agrees, and um, I’m pretty sure Minho does, too.