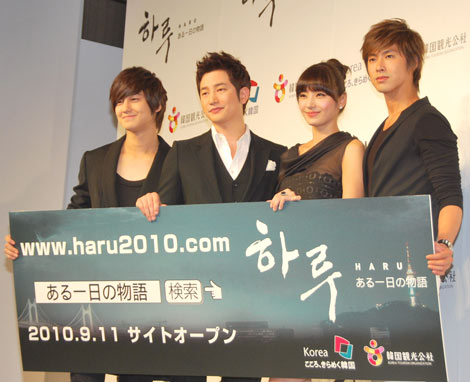 2010-2012 is “Visit Korea Year(s?),” and nothing says “cultural exports” quite like a mini drama starring Asia’s favorite Hallyu stars.

Representing the ten stars in the drama, Han Chae Young said, “I’m working hard in order to convey the beauty of Korea, thus I hope everyone will develop great interest and support for us.” Yunho added, “It’s been a while since I spoke Japanese. I’m doing my best to show everyone various sides and charms of myself.” 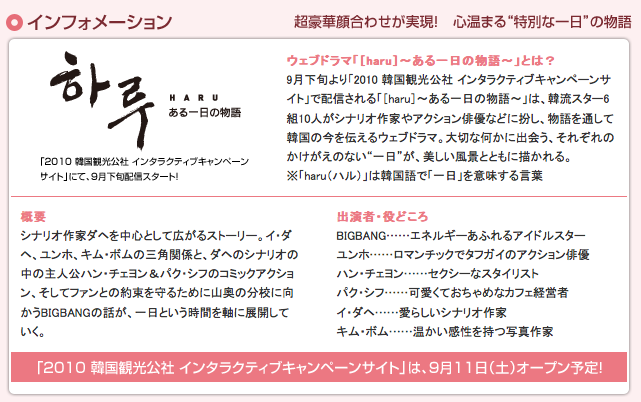 The drama revolves around a script writer named Da Hae, who is involved in a love triangle with Yunho, a rough-and-ready action star, and Kim Bum, a sensitive photographer. (Oho. Called it.) On top of that, she entertains a comedic relationship with Han Chae Young, a stylist, and Park Shi Hoo, the manager of a fan cafe. Oh, and somewhere in there, Big Bang makes an appearance and go to a school in the mountains to maintain a promise to their fans. Yeah, I don’t get it either.

The drama has already completed its first round of filming, and is expected to be released with the official opening of the “2010 Korea Tourism Organization’s Interactive Campaign Site” on November 24th. A preview of the drama will be released on September 11th.