What Have They Done To Super Junior M?! 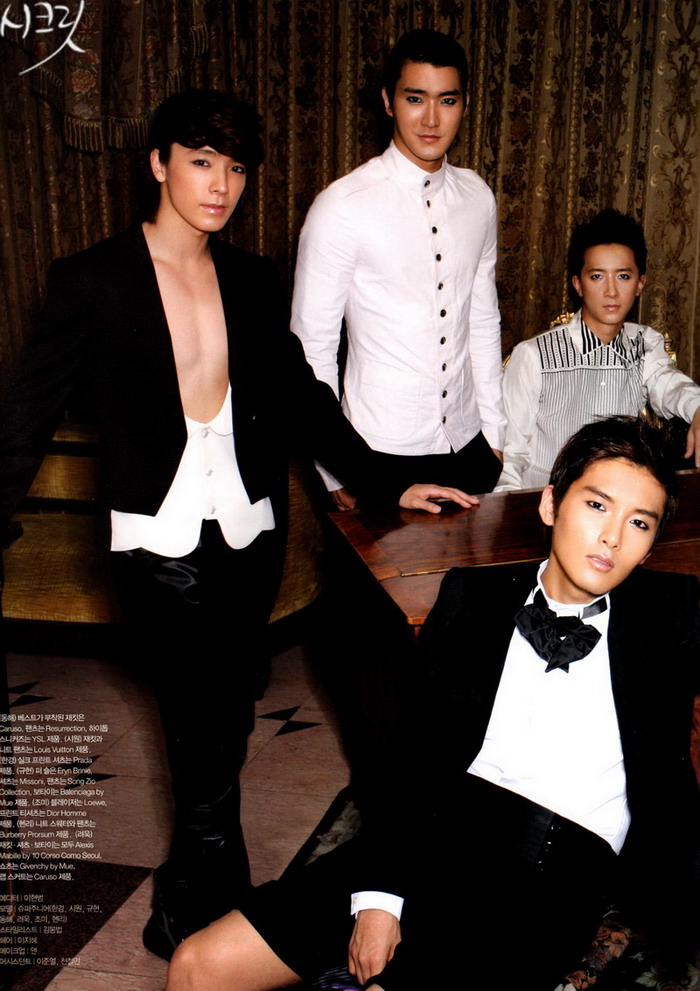 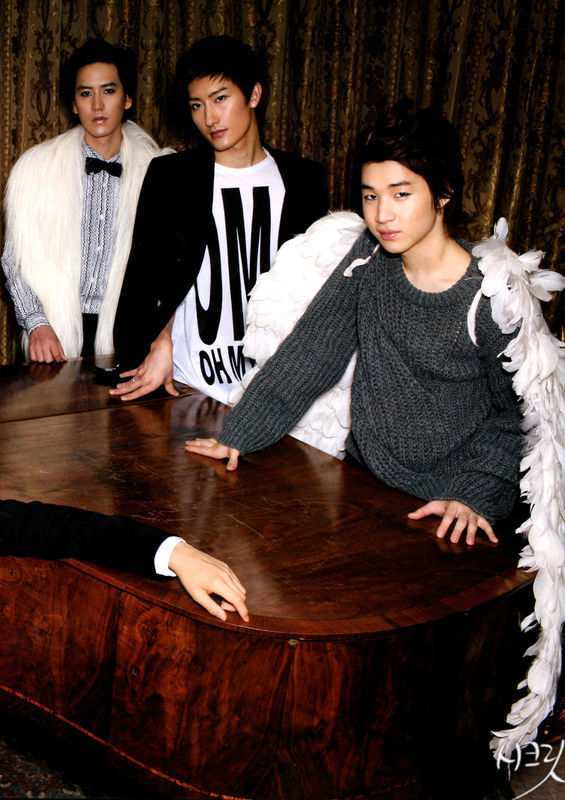 I have had it with Korean Numero Magazine. Why must they continue to “jack up” Korean celebrities in their attempts to be avant-garde? In a recent photo shoot for the magazine, Super Junior M was literally glossed over to high heaven.

Too much fur, too much eyeshadow, too much lip gloss, not enough Zhou Mi, and not enough common sense on the concept designer’s part. 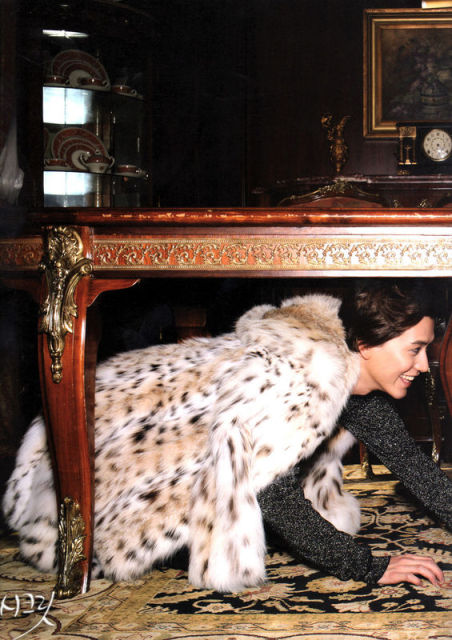 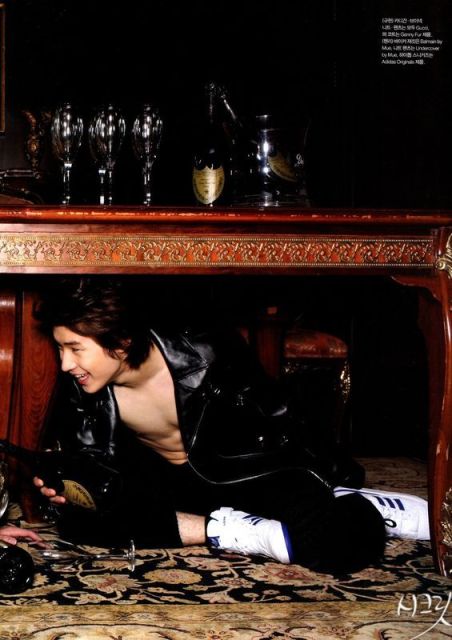 I find nothing sexy about the greasy perverted (no offence) European race car driver look. Siwon and Hankyung are handsome young men; why must they be made to look like guests at a Marquis De Sade house party? 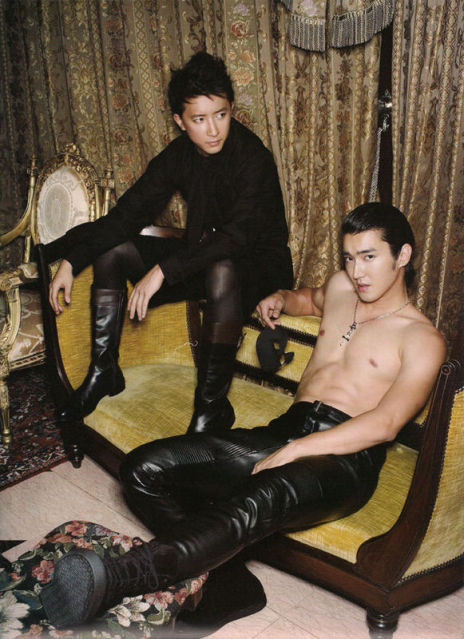 Not feeling the Clockwork Orange theme at all. They have the “androgynous serial killer” look down pat though. 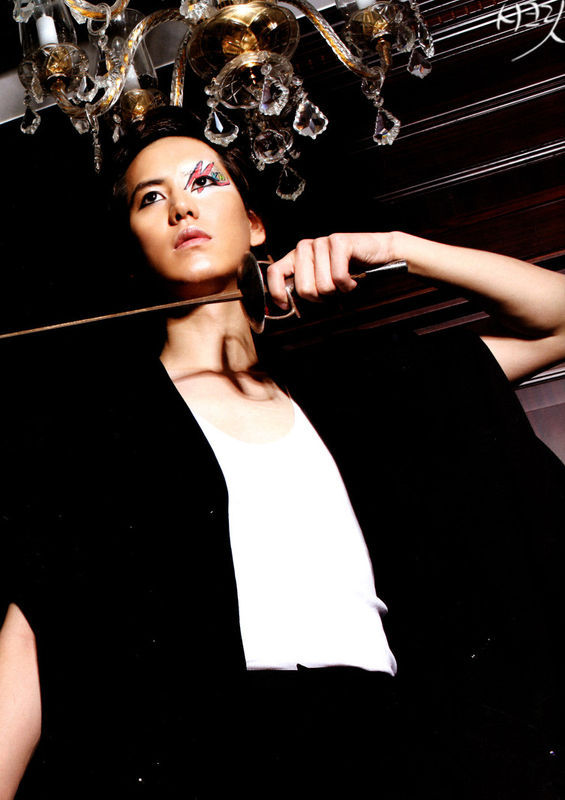 This relaxed photo of Donghae is the only “normal” one in the bunch. Not too masculine but not too crazy. 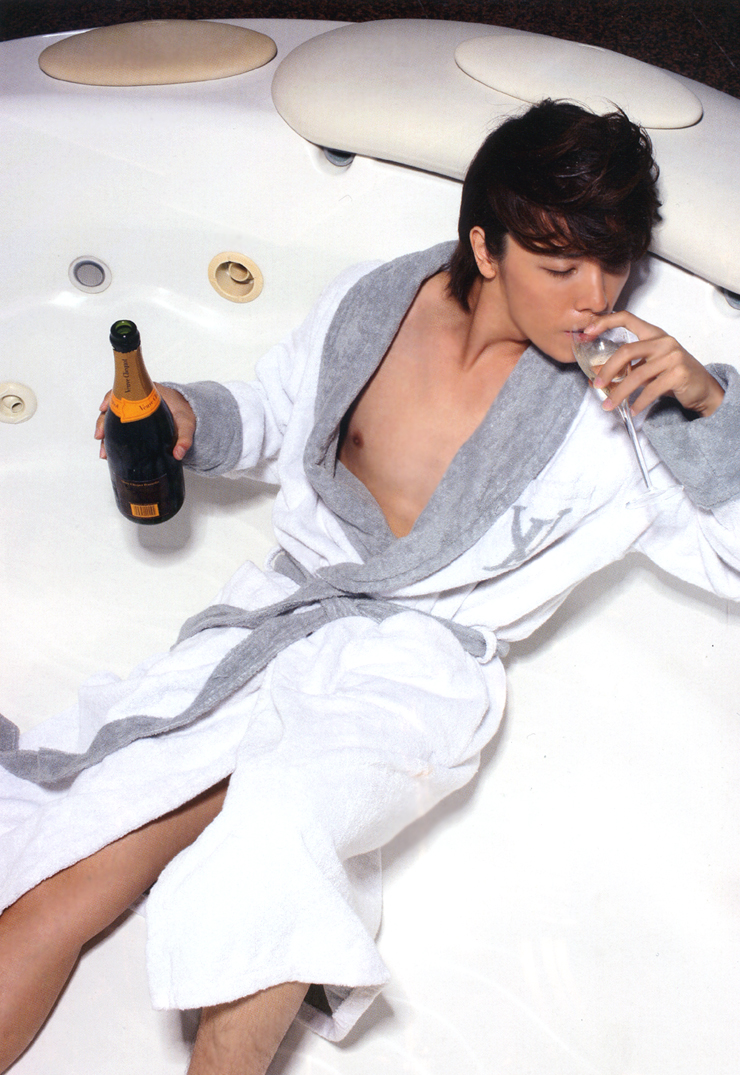 Enough with the European Pimp routine! Poor Siwon, such a nice guy… or so we thought. (raises eyebrow) 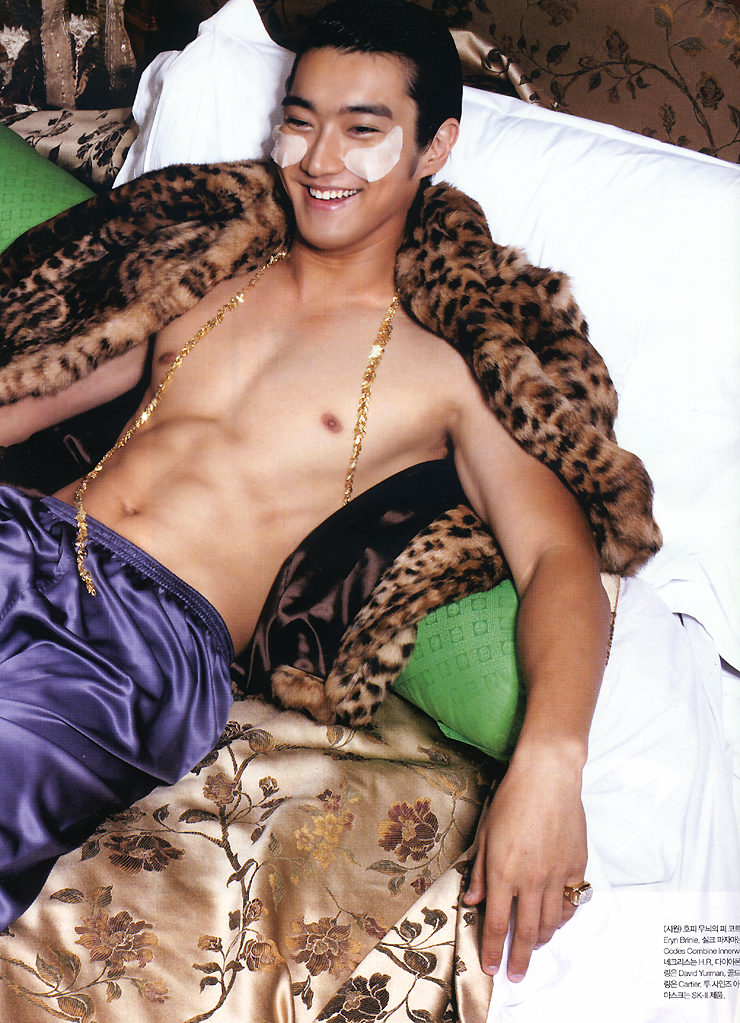 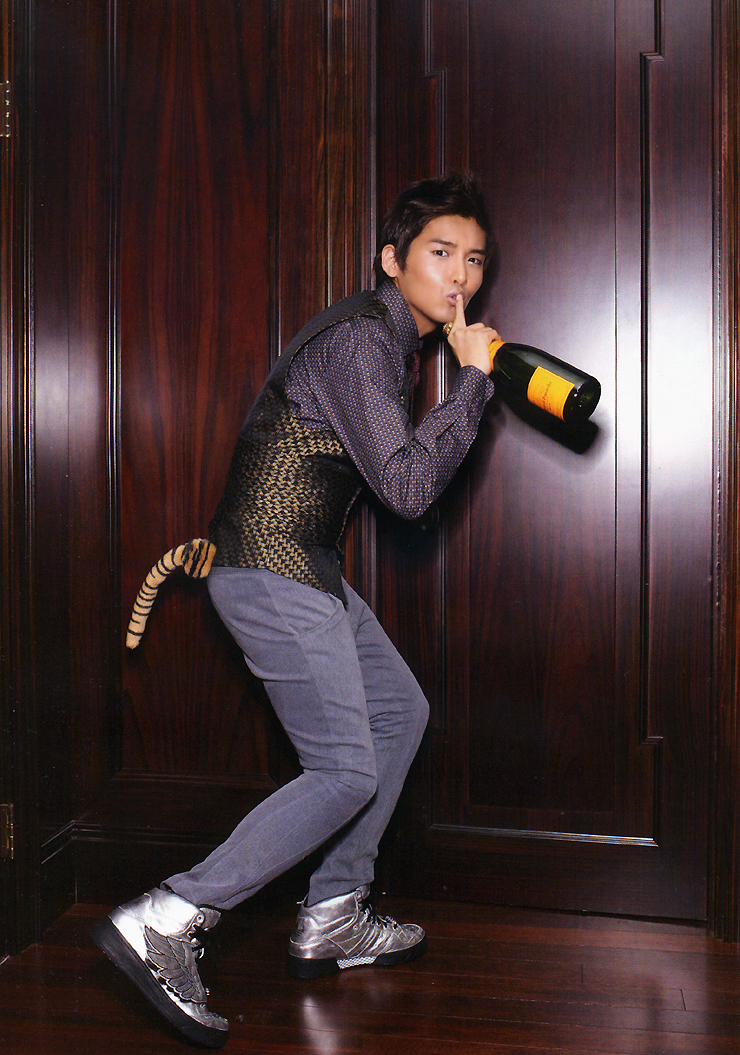 That fox is lucky to have landed itself a stud like Zhou Mi. Too bad it had to die for the privilege. 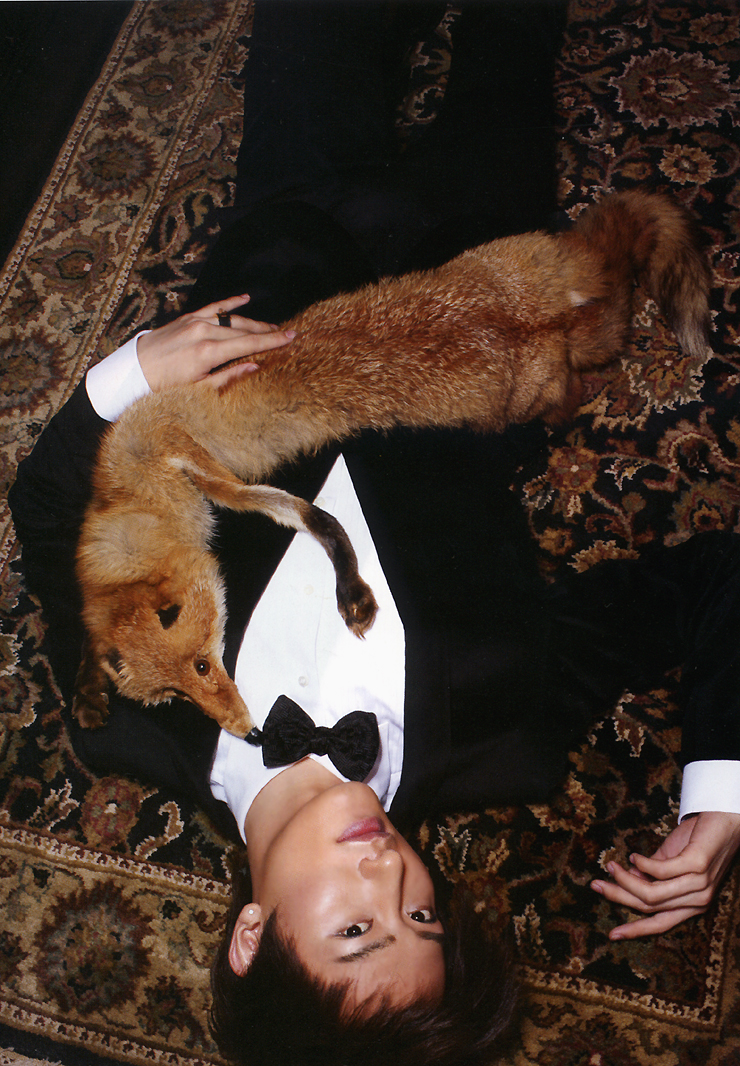 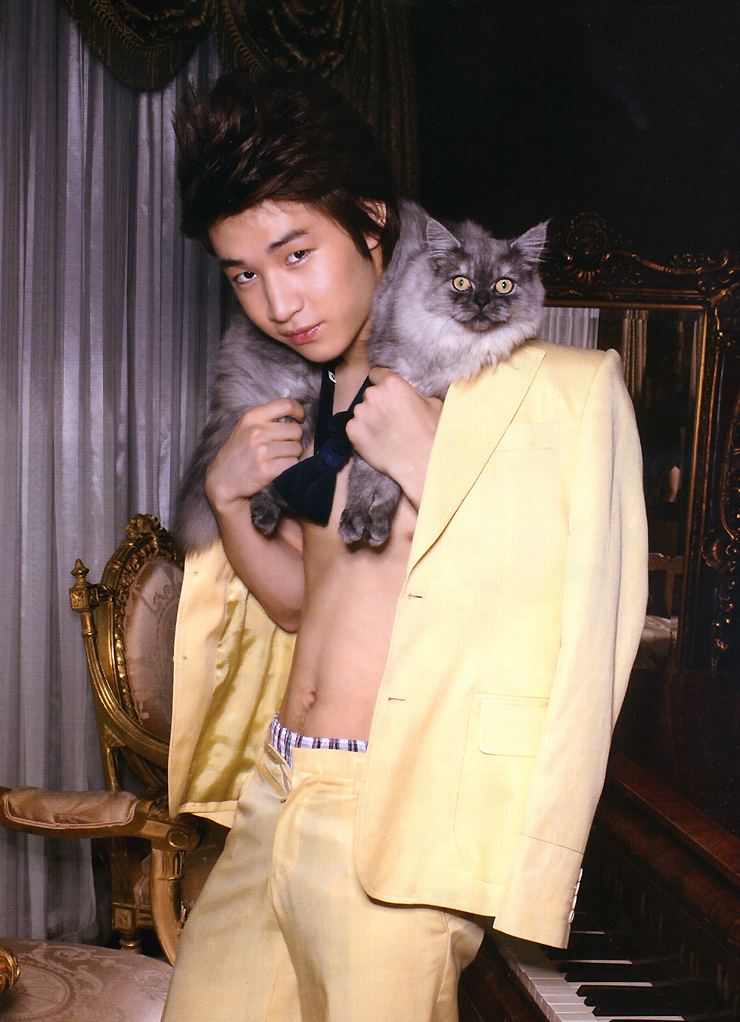 That cat is going to give me nightmares!

What is with the animal carcass skulls? Is this how hipsters do it now? 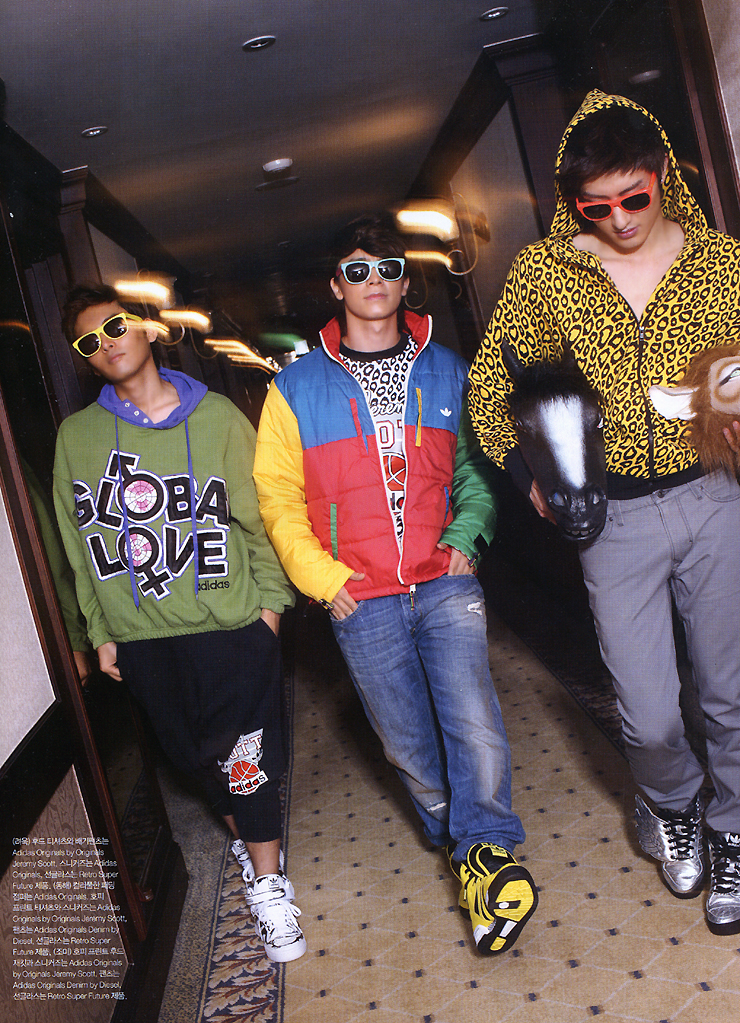