NCT Dream's "We Young" is a Carefree, Summery EP 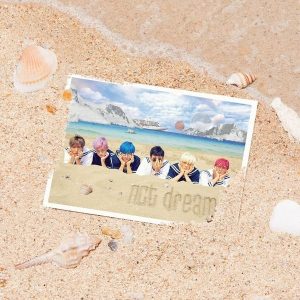 NCT Dream, or the Dreamies, have finally released their first mini-album We Young, complete with five unique tracks perfect for the summer season! Although the unit usually consists of seven of the youngest members of NCT, Jaemin sat out of this comeback as he is recovering from his herniated disk injury (we wish him a speedy recovery).

The Dreamies are known for their youthful and fresh concepts, mainly owing to the young age of the members — the oldest, Mark, is only a 1999-liner, and the youngest, Jisung, was born in 2002. These fun and bubbly themes are best suited to the group, and they pull it off extremely well.

At first glance, the concept photos for We Young, emanate the beauty and fun of youth. Nearly all members have wild hair colours — Chenle with lavender, Jeno with blinding blonde, and Jisung with bright raspberry blue — it’s difficult to miss where the album is heading.

The title track, “We Young”, sets the bright tone for the rest of the album. It’s light and playful, with the whole mood of the song created by features such as short, lyrical phrases punctuated with cheering that make it easy to follow and sing along and minimal and tropical-tinted percussion. I’d imagine that some of the boys’ voices have yet to break, so the higher pitches of this track — and the rest of the album for that matter — also act to lighten and brighten the overall mood. International fans, myself included, often struggle to understand the lyrics, but the brief, catchy English phrases like “So what? We hot, we young” and the typical “Hands up in the air” appeal to non-Korean-speaking listeners. The rap section is a bubbly switch-up that adds another splash of fun to the overall song. 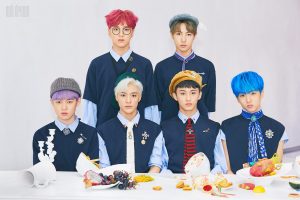 The rest of the tracks continue this carefree mood. Although a little slower, “La La Love” with its guitar accompaniment has an easy-going vibe to it, while “Walk You Home” is calmer with a lighter, folk-like tune. Both tracks place the focus on vocals and the rapping, which is a refreshing change from the heavy use of sound effects. Out of all the members, I find Haechan’s high and clear timbre to be the most unique. The only downside is that the tracks can sound the same after a few more listens, and it’s a tad too slow for summer anthems.

If the stripped-down style isn’t your cup of tea, “My Page” takes on a more tropical-house genre, with a stronger, fiercer tune that is easy to follow along and dance to. It’s quicker in tempo, and sounds more like your typical summer bop. Unlike the previous two tracks which featured more laid-back rapping from Mark, this song features a bolder rap section which drives the track along.

Continuing this stronger and more upbeat mood is “Trigger the Fever”, which is the representative song for FIFA U-20 World Cup Korea 2017; it was actually released before the album. Honestly, I could not think of a better group to represent this youth football championship — the group is the perfect embodiment of youth and energy. Out of all the tracks, this one, featuring a mixture of pop and house with a hint of rock at the beginning, is the most “free” of all the songs. The heavy bass movement and the strong rhythm drives and pumps energy into the song. The chorus, sung by the entire group, is like an exciting anthem, and you can’t help but want to chant along. 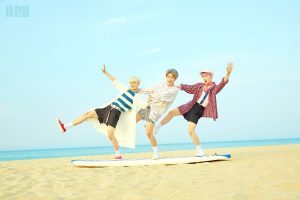 For their first album, We Young isn’t bad; in fact, it’s quite good. It strategically solidifies NCT Dream’s overall concept as the youthful and fun unit targeting a younger audience. There are also some solid tracks there, especially “We Young” and “Trigger the Fever”. An added Chinese version of “We Young” also appeals to Chinese fans as Renjun and Chenle are Chinese. Could the album have been better? Sure, there were a few tracks in the middle that were lukewarm and didn’t quite embody the fun and exciting spirit of the overall album. Nevertheless, all the tracks are extremely public-friendly and summer-friendly, making this a good listen for the summer season.