Big Bang Tries to Have It MADE 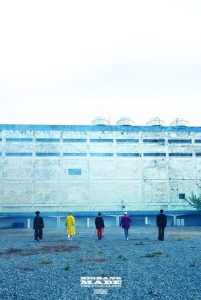 Big Bang promised their fans one final album as five before T.O.P enlists and after a year of waiting, we finally, finally have MADE: the Full Album. For this review, I’ll be focusing solely on the three new songs. If you’d like to read our reviews of M, A, D, and E, be sure to click on the links.

There are only three new songs on the full version of the album, which includes the previously released songs. Many fans were hoping for more, especially when the wait was for a year. If we’re being honest, I’m one of those fans. Big Bang is the group that got me into K-pop and after all the hype surrounding MADE, I was really hoping for something more than three songs. For an album this hyped up by both the group members and the company, one would expect them to try and show the best they can. Instead, we get three new songs that, while good, don’t quite reach expectations.

The album opens with “FXXK IT,” arguably the best jam Big Bang released during MADE. It doesn’t go as hard as “Bang Bang Bang,” but it is easier to get into since it flows better. There is still a similar vibe to the rest of the songs, but it’s different enough that it stands out. It feels like a great culmination of all the different types of party songs Big Bang has tried out over the years. In my opinion, “FXXK IT” relies too heavily on Taeyang as a main vocalist and G-Dragon. It could be a more balanced song if the singing was split more evenly between Taeyang, Daesung, and Seungri.

It then moves into “Last Dance,” a slow ballad-esque song. It’s described as a R&B track, but it’s definitely more of a standard pop ballad. While “If You” is a stripped down ballad, “Last Dance” has a bit more production to it. The G-Dragon composed track uses a piano to anchor the melody with the addition of a synthesized acoustic guitar. What really makes this track, though, is Daesung’s voice. I’ve always been partial to Daesung’s pop-rock vocals, but he really sells “Last Dance” in a way that Taeyang and Seungri don’t quite hit. T.O.P singing is always a highlight, but Daesung brings a dimension to the song that without it, it would just be another ballad. It’s melancholic while also being nostalgic, which fits the themes of the lyrics. The chorus of the song sums up their feelings well.

I am going back to you as I sing this song
If I can see the beautiful you once more,
We will have our last dance as we listen to this song
Remember this moment until whenever
Just one last dance

While the song can be interpreted as a song about growing up and growing apart from a lover or friend, the members confirmed “Last Dance” is a song about looking back on their last 10 years together. In the making of film, Taeyang says, “…it really encompasses all the emotions that we’ve felt during the past 10 years as artists.” The fans screaming during T.O.P’s final verse feels very poetic and a fitting way to close the song.

After the ballad comes arguably my favorite song of the three: “Girlfriend.” This song has everything that I want from a Big Bang song. It’s a little bit hip hop, a lot pop and just plain old fun. It has elements of older Big Bang songs that I love. It even has a rap-talk post-chorus that was popular back in the late 90’s/early 00’s that was always my favorite part of songs. “Girlfriend” is a solid song and I’m honestly a bit surprised they didn’t just go all in and have the three new songs as all titles. The lyrics talk about how they feel about their respective girlfriends. Whether or not they all have girlfriends is irrelevant; it’s more about how it feels to be in love. The chorus is my favorite from a lyrical standpoint. Everyone understands that feeling of looking at your significant lover and just being happy.

It’s sweet and so relatable. Being in love doesn’t feel lonely (or at least it shouldn’t feel that way) and just seeing whomever you’re in love with brightens your day. It is just such a chill song that it’s very hard to dislike. 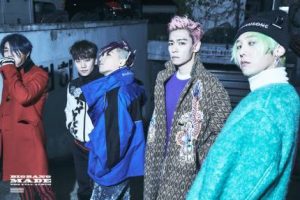 The album then goes into the previous eight singles that were released in 2015. There isn’t any real order to them; they’re all just kind of in a vaguely congruous order. If there was any actual thought behind the order, it doesn’t come through other than having “We Like 2 Party” as the album closer. Sure, most people are just going to take their favorite songs and put them into their playlists, but even so, thinking about the overall listening experience is important. Arranging songs by theme or sound can really add to the quality of the album.

If you’re like me and you like to listen to the album as a whole rather than in just bits and pieces (at least at first), then having a poorly structured album can ruin the experience. While the order of the songs may not be important to the majority, the song order as it stands just reflects the lack of thought put into the album after the original eight singles. Here’s how I personally would have ordered the album: 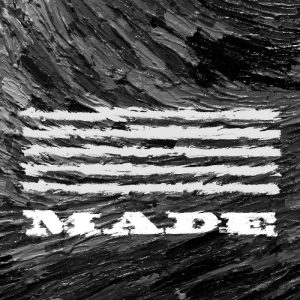 MADE is a solid album, even if it is a bit disappointing. The three new songs are decent and stay true to Big Bang’s sound and audio aesthetic. It’s not a terrible album for Big Bang to go out on, at least until they’re all done with their army service. All the songs are of good quality and are easy to listen to, even if they aren’t incredibly groundbreaking. You can’t deny how hard Big Bang have worked to get to this point and their years of experience definitely influenced the sound of this album. In the end, MADE is a good album, even with its faults.