Seventeen is Confessional with 'Love & Letter' 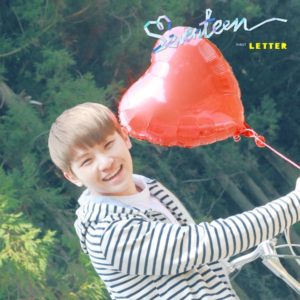 Seventeen, Pledis Entertainment’s largest idol group released their first album Love & Letter on April 25th. The thirteen member group is marketed as having three different units: vocal, hip hop, and performance, which instantly makes each member more memorable instead of just being “the cute one” or “the athletic one.”

The first album is an important milestone for every K-pop group because it is a stepping stone to the group’s musical identity and a key indicator of the group’s success. After all, an album is no small purchase what with entertainment companies adding additional photocards, albums, postcards, stickers, and more. With Seventeen’s Love & Letter outselling their prior mini-album by four times coupled with the fact that they charted in Japan without Japanese promotions, their future seems of the moment secure.

Love & Letter begins with “Chuck” an introduction track, which is an energetic track: the perfect start to an album as it sets the tone for an exciting album. Although there is the overused trap breakdown, the truly interesting element to “Chuck” are the lyrics. The lyrics reference standing on stage and honing one’s skills, which appears to be self-confessional lyrics. Since Seventeen writes their own music it makes sense that their music would be based on their own experiences but for it to be so blatantly connected is startling. 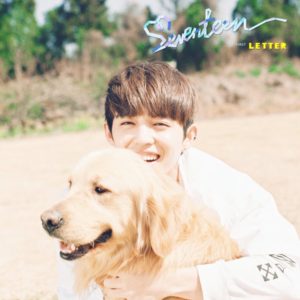 The album continues with title track, “You’re Pretty,” which is unlike Seventeen’s other title tracks  “Adore You” and “Mansae” in degree of punchy vigor. “You’re Pretty” is more standard K-pop idol fare and has similar melodic structure to drama-related songs. The saving grace is the rapping, which is always rhythmical and highly energetic. As for the lyrics, “You’re Pretty” tell the story of a boy who can’t clearly communicate his feelings for a girl.

The album continues with “Still Lonely,” which despite the title is actually a upbeat mid-tempo song with lyrics of emptiness from popularity. The chill laid-back nature of the song combined with the apathetic lyrics create an interesting tension. Some of the lyrics seem very personal what with:

“As time goes by

My attitude towards everything is whatever

Despite Seventeen not being the most established group, every idol experiences the disparity between their stage-self versus their natural self and need to learn how to reconcile the differences.

“Popularity Song” is a song that only self-producing idols could create because the lyrics are so realistic. The music perfectly matches the natural flow of the words so it sounds less like singing and more like speaking. The level of self-awareness in the lyrics of “Popularity Song” makes this song memorable.

To other songs that don’t have substance

It might sound funny to you, but you have to listen

You have to listen”

Then the album makes a sudden shift to “Say Yes,” a duet between main vocalists DK and Seungkwan, which is a slow ballad with soft instrumentals that highlight their voices. Then there is “Drifting By,” which despite the sad lyrics of coming to the terms with the path has an upbeat production to prevent the song from veering to depressing. 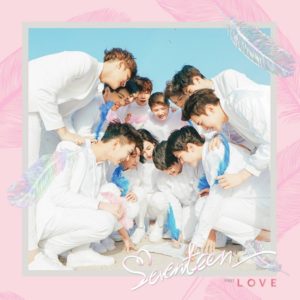 Like the title of the album, “Love Letter” rounds out the end of the album as literally a sweet love confession. As for the album itself it seems a bit thin totaling ten songs but with three being remakes but the lyrical content is intriguing with its confessional perspective. There’s genuineness that’s apparent through these lyrics whether it’s apologizing for ugly handwriting or being concerned about what to wear.

While Love & Letter is a solid effort on the part of Seventeen what with writing lyrics and composing, to solidify their groups sound it would be better to have more songs with all members on the track. Having sub-units is good for later profits and for distinguishing members but those two factors are moot without defining a group’s characteristic. 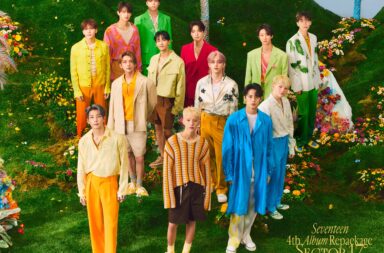