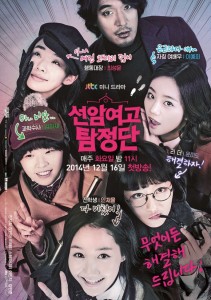 Whether you’re actively following Seonam Girls High School Investigators or not, chances are you’ve heard about the recent controversy surrounding the cable drama that managed to garner global attention.

During the February 25th broadcast, cable network JTBC made their mark in Korean television history by the airing the first lesbian kiss between two high school aged characters. In the wake of the monumental television moment, the Korean Communication Standards Commission (KCSC) announced on February 26th that they were conducting an investigation into the kiss scene after receiving several complaints. While the KCSC clarified that they had not received any “formal” complaints, they were going to look into the issue to clarify the “agenda” of the scene:

We will decide whether this is an issue after we look into it, and whether there is any violation of broadcast policy.

Korean television is no stranger to using pseudo homosexuality as a plot device, or male/male kissing as a source of comedic relief. Just look to the recent episode of Kill Me, Heal Me, where Ji Sung and Park Seo Joon shared an impromptu kiss in the name of good-humored fun, or even Personal Taste in which Lee Min-ho pretended to be gay in order to live with a woman.

That being said, Korean television has also had a few laudable attempts at representing queer characters. KBS‘s Daughters of Club Bilitis, which aired in 2011, broke new ground by centering exclusively around lesbian relationships. Additionally, Hoya‘s character, Joon-hee, in Reply 1997, was a remarkably genuine portrayal of a teenager with a crush on his male best friend. These representations, though they may have caused some backlash for their actors, were important stepping stones for the inclusion of more LGBTQ characters on Korean television.

While Soenam Girls High School Investigators is not the first Korean Drama to deal with the topic of homosexuality, or even lesbian relationships, it is distinguished from its peers by being the first Korean drama to feature a lesbian kiss. Furthermore, the producers and directors tackled the controversial topic head-on, without any gimmick or follow-up gag.

Leading up to the climactic scene, the episode alludes to the time Eun-bin and Soo-yun had spent together before compromising video messages of Soo-yun were leaked and distributed among the student body. Eun-bin, in fear of having her sexuality exposed, attempts to end the relationship. Instead of parting ways though, the two girls end up in a passionate lip lock — well, one as passionate as teen K-drama kisses can get. Unfortunately for the girls, someone is lurking nearby with a camera and captures their lip-lock in the final seconds of the episode.

The fact that the kiss happened without pretenses or a comedic purpose is what makes it more important. This is especially noticeable when one compares the Seonam Girls same-sex kiss to the Kill Me, Heal Me kiss that aired only a couple weeks previous. In said kiss scene, one of Cha Do-hyun’s split personalities — a teenage girl with a crush on the other male character — chases another man for blocks before forcefully planting a kiss on his lips — complete with giggling and a silly costume. That’s a lot of work to make a same-sex kiss unoffensive. In comparison, the Seonam Girls High School Investigators kiss scene is a refreshingly genuine and emotional portrayal of a same-sex kiss and relationship.

Not only did JTBC break television ground with the portrayal of a high school lesbian relationship, but their reaction to the backlash has also been quite commendable. In response to the criticisms leveled at the show, the producers stated:

We produced this project in aims to raise acceptance of diversity. We do not think that it is up to us to decide whether homosexuality is right or wrong. Homosexuality was the very first topic that PD Yeo Yoon Hyuk had wanted to touch upon when we were in the midst of preparing ‘Seonam Girls High School’. Although PD Yeo worried about the reaction, he wanted to push forward with a topic that should be dealt with. The homosexual students that we actually met with told us that they do receive unfair treatment at school because of their sexual orientation. We came to produce this drama in hopes that diversity will become accepted 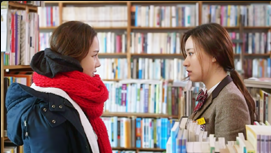 If the KCSC is searching for the “agenda” of the scene, I don’t think the producers could have been any clearer with their intentions. Whether those intentions will be understood as benevolent or not by the KCSC, remains a mystery.

The impending KCSC judgment aside, it is clear that the producers and director very much understand the value of representation on television — especially for youth. In the show’s early press releases back in December, the producers made it quite clear that the high school drama was going to deal with serious issues that high school students face every day. Although the broadcast is classified as comedy, Seonam Girls High School tackles issues of suicide, abortion, and bullying, in addition to homosexuality. The show hopes to address these issues as a means of encouraging young viewers to persevere through the challenges of adolescence. In the wake of the controversy, it’s great to see the producers and director stand their ground about the content they are producing instead of backing down or changing the script.

In addition to the KCSC backlash, the episode was also met with mixed reviews by Korean audiences, although for the most part the responses have been largely supportive:

While South Korean culture remains largely conservative in terms of LGBTQ matters — with 59 percent of those polled in 2014 saying homosexuality has no place in Korean society — it does appear that South Korean cable television is more willing to push boundaries. Beyond that, the fact that many of these new socially sensitive television portrayals are existing in high school aged characters is even more encouraging. 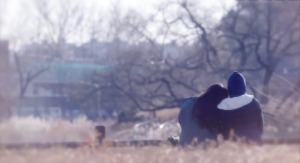 The fact that netizen reactions are surprisingly positive also points to a slow, but significant, shift in opinion that could open the door for further boundary pushing within television and film. Hopefully, this controversy will be part of a continued push to represent a wide breadth of groups in public media.

While the KCSC has not released a final verdict on Seonam High School Girls Investigators‘ kiss scene, there is no question that the broadcast and its producers are helping to make headway in the advancement of queer characters on Korean television.

Readers, are you watching Seonam Girls High School Investigators? What are your thoughts on the controversy and the show’s portrayal of the struggles of high school students?