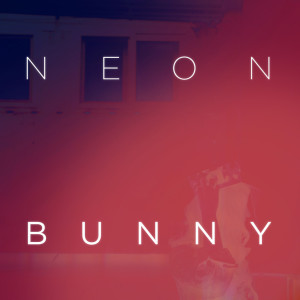 When I started listening to K-indie, I tuned in with the mindset that it would be a treat situated far from the potpourri of sounds, colors, and concepts that make up K-pop. What I’d like to say now is that K-indie supports so many undiscovered artists in their efforts to share their passion for the paradisiacal – for music that is uniquely indie.

In today’s segment of K-pop Indie Gem, we introduce Neon Bunny (to whom I’d like to wish Happy Birthday!). She will take the stage and displace any thoughts of K-indie being a showcase for mellow, muted, and measured music. An independent spirit, Neon Bunny has reformed the traditional indie with her attention to underground culture and given it a suave, striking, and soulful reputation. 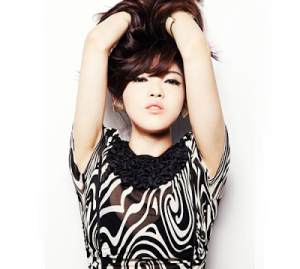 Born Im Yu-jin, Neon Bunny initially began her musical career as a session keyboard player for the voguish K-indie rock band The Black Skirts. In 2011, she began her own journey and released her award-winning album Seoulight.

“Can’t Stop Thinking About You,” the fourth track on that album, takes you on a journey with its loyal chorus and melody. Not quite as electronic as some of her other songs, it makes a point of constancy and serenity. The simplest subject is sung about with a multi-layered and rock-esque tune in the third track, titled “A Polar Bear.” The beat fades towards the ending of the song, electronic waves leave a lasting sound in the ears. Track two, “Come a Little Closer” is a favourite of mine, with its two prominent and tuneful coatings; from the beginning, the song builds up excitement for the chorus and then leaves space for the unfolding of the instrumental, creating a nice balance. 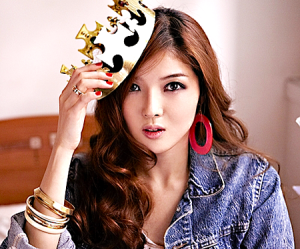 After living in Boston, and then returning to South Korea in 2012, Neon Bunny brought with her the nightlife, underground band culture, and western influences of the United States and translated them into her own unique variations. From this point onwards an electronic, synth-pop feel characterized her music and created the foundation of her spunky sound.

Her mini-album released upon return to Korea, Happy Ending, platforms a mature yet bold tone with its four catchy tracks. “Bubbles” does an excellent job of introducing the change Neon Bunny went through as an artist; it expresses an old-school feel from beginning to end, but then alleviates it by overlapping a mod instrumental and lasting chorus. The tracks are dense and concise, but overflow with sheets of sound and harmony.

Track number three off that album, “Oh My Prince,” makes a point of combining vintage with electronica.  The MV is simple but highly fashionable with small vignettes of what looks like the transition from day to night – seen through Neon Bunny’s various ensembles. The song is casual, refined, and enjoyable.

Her song “First Love” is the epitome of rock-on-the-run, as it constantly amplifies the bold tones by compressing them with the synth-pop feel. The same may be said for “Plastic Heart,” except that a third musical medium is added to the rock and synth-pop – disco; Neon Bunny’s vocals are audibly raw in this track and take on new heights. A heavy base is heard in the backdrop of the rock and electronica, and it gives the song an aggressive and powerful vibe.

To add a cherry to your already sumptuous sundae, in March of 2014 Neon Bunny revealed her single “It’s You.” This single is a testament to the synth-pop electronica umbra of K-indie — with its unquestionably metallic beat, heavy sequence of rhythm, and steady chorus. Although the music makes a loud statement, Neon Bunny’s subdued vocals can still be recognized as the pinnacle of the song. “It’s You” is a catchy and motivating song that can enliven any party; and if partying is not your thing, it makes a great addition to any playlist.

Alongside establishing Doggyrich, her own freshly personal music collective in Seoul, Neon Bunny has lent her music to various drama OSTs, and has been featured in Los Angeles based electronic artist spazzkid’s single “Daytime Disco.” The song is strikingly electronic but, at the same time, catchy and rousing. Neon Bunny experiments with English and delivers a fantastic performance.

Neon Bunny’s musicality paves a richly synth-pop and electronic path for K-indie. She pulls music from her memories, favourite influences, and life experiences and melds it into a distinctly Korean format. In the quickly growing genre that is K-indie, she is an artist worth the time and admiration. It is music that gives glowing streetlights of the underground culture, music that encourages you to be bold, and music that is artistic beyond convention.