Lucky J Asks "Can You Hear Me" with Debut 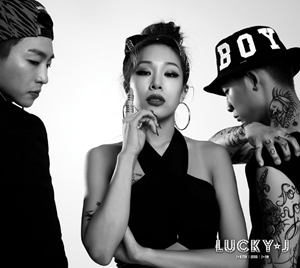 So many rookies, so little time to focus on them all. After desiring a truly standout rookie group this month, YMC Entertainment has graciously delivered one to us: Lucky J. Lucky J is a co-ed hip-hop/R&B group set on getting lucky on a gamble. Not lucky lucky, but being lucky enough to find success. The group is comprised of singer/rapper Jessi, rapper J’kyun, and singer/dancer J’yo, who are all veterans in the industry.

Member Jessi is probably familiar to readers – if you’ve heard of Jessica H.O. Debuting with Uptown in 2006, Jessi has been around for a few years. However, her career was short lived (and infamous). Despite that, she has come back and is attempting to resuscitate her career, including performing during a concert with Wheesung.

The surprising name is J’kyun. Who would have guessed that he would ever join a group? J’kyun has been in the rap game for quite some time, and has built up quite a good reputation. Known for his skills and wit – he even wrote a song in honor of SNSD’s Sunny – he has even attracted attention for those outside the hip-hop audience. His appearance on Show Me the Money 2, and releasing songs last year, would seem to solidify his career as a soloist. However, he apparently has decided to lend his talents to a wider audience by joining Lucky J.

J’yo was initially a mystery – I didn’t recognize him. However, he too has been a singer for quite a bit. Before fulfilling his military service, J’yo was better known as Jun Yong, a member of the boy group TOUCH. After completing service and making a few covers, he’s back in the game, but in a different genre than previous.

After announcing their plans to debut, Lucky J has released their first single, “Can You Hear Me?”

“Can You Hear Me?” is a conversation between a boy and girl who are breaking up. The girl is pleading the boy to stay. However, the boy is having none of it. The girl constantly apologizes; to the point the guy thinks she’s pathetic. Amusingly, or perhaps more shady, the girl is even being called by another guy while not wanting to say goodbye. Enough is enough for the guy, and he is done with it all.

This is where having a co-ed group works well: you can effectively pull off the conversation. Although the third member is like a third wheel, the two male members are two voices of one guy. They represent the inner struggle to resolve his feelings and cut the strings.

The track starts off with Jessi’s powerful voice overlaying a simple piano and string instruments. But, as the “oh oh oh” kicks in, so do the stronger sounds. Throughout the track, the softer and stronger sounds rotate about. It creates a fluctuating dynamic to match the voices of the members. In the end, although there’s the typical hip-hop beat, the piano and strings create a more R&B ballad flow.

Despite their diverse backgrounds, Lucky J has melded together to create quite an impressive group. They manage to create a vocal balance, without overpowering each other but also not losing their individual voice. J’yo and J’kyun’s voices are distinctive from each other, so you know they’ve switched the parts. 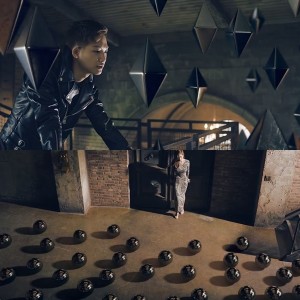 During the performance, the males play the same role, but in the MV, it’s different. J’yo and Jessi play the respective couple. Instead of passionate sappy scenes, the two are simply standing at opposite ends of a great hall – with J’kyun clearly being the third wheel and an obvious fly-on-the-wall. With his back to the girl, you can see the boy fighting his desire to stay. Eventually, he runs away.

Throw in a few other scenes filmed in rooms that look they belong in some grand estate, and you get the main gist of the MV.

However, while the MV seems normal enough, there are extra effects to make it a bit more special. First, there is the effect given to J’yo. In order to show his fickleness, there is the blurred, overlapping images of him walking back-and-forth. Second, there are the diamond and ball effects. I’ll go out on a limb and say that they represent emotions and facts. The diamonds rise to show the male’s feelings for the girl growing and, as they fall, he is letting go. However, the balls are the boy, which leave and avoid the girl. Pretty nice effect if you use that reasoning. Otherwise, it’s just completely out of place and weird.

There were some interesting costume choices in the MV. Of course, there are typical outfits, such as Jessi in a sexy dress, or the guys in suits. However, in the piano scene, the group takes on a faux steam punk look. While not completely true to the steam punk concept, you can see the gears on J’yo’s top-hat and the member wearing a vest commonly associated with the style. Or Jessi wearing a corset and J’kyun wearing a long coat. This is odd, since you don’t typically see such a style choice in K-pop (or mainstream Korean music, as a whole). It adds a special little flair. It also actually fits in with the more muted aspects of the MV sets. 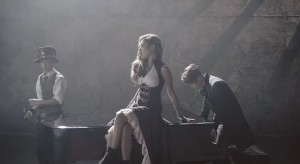 Additionally, the style choices for the boys seem to be reversed from the usual. We are accustomed to seeing rappers wearing beanies, button-up shirts, and heavy chains. However, it’s the singer wearing such accouterments, while the rapper dresses in a suit and thin, wire-rim glasses. I quite enjoyed the switch, since it steps the group outside the typical ideals we associate with artists.

Overall, “Can You Hear Me?” is a solid debut from relative veterans. They are the latest hip-hop/R&B group to make a strong impression. Hopefully, Lucky J keeps up the good work and does win their gamble. 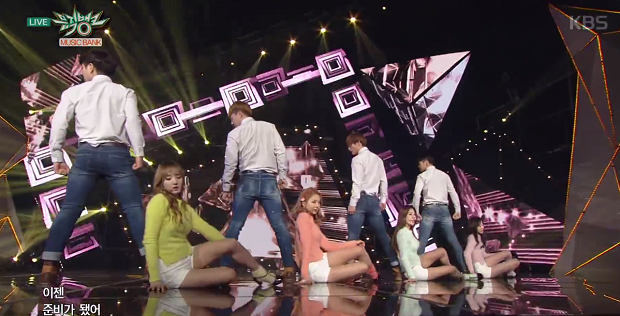 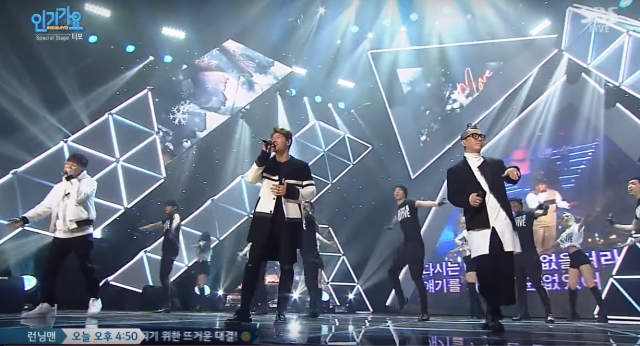