MBLAQ's "Smoky Girl" is an Aesthetic Feast for the Eyes 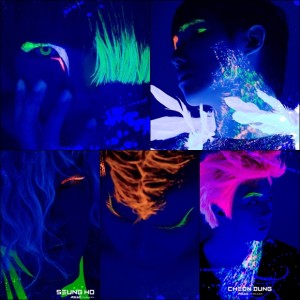 MBLAQ has brought the sexy back with their new single “Smoky Girl.” It’s a song that will have you grooving to its smooth rhythms and a MV that will wow you with its classy fashion. The group has been focusing on their Japanese activities and TV appearances since their last comeback in early 2012, “This Is War,” so it is nice to see the group returning with a song as strong as “Smoky Girl.” Unfortunately, the MV isn’t as overwhelming as the song.

This MV doesn’t do much other than make the members of MBLAQ look good, but as far as concepts go you can’t really go wrong with simplicity. There isn’t a story line and the main set is a giant electronic wall, nothing more. Although this lack of drama and setting do have the unfortunate effect of making the MV boring after a few watches it also allows the focus to be on the members of MBLAQ, which is never something to complain about.

Let’s just go ahead and get straight to the main point of this MV, this neon paint explosion. If there were to be a climax in the MV, that would be it. In the beginning the only color in the environment is Thunder’s pink hair and this lack of color helps set the sophisticated, sexy tone. When the influx of color happens it creates quite the shocking visual effect, but unfortunately after the first time you see it it isn’t as exciting because you’re expecting it.

Speaking of the neon explosion, the way the MV transitions into it is somewhat strange. You see a woman holding a bright red martini and the next minute the glass is hitting the floor, which leads to the sprinklers going off. Correct me if I’m wrong, but usually fire-safety ceiling sprinklers don’t go off when someone drops their drink in a bar, because if they did everyone would be constantly soaked at every bar ever.

The nature of this transition leads us to investigate the identity of the magical drink-dropper. This particular woman in the MV seems to be the personification of the idea of the “smoky girl” that the lyrics describe. She shows up again at the very end of the MV, but in both situations there is little to no context for her presence. She doesn’t interact with the members of MBLAQ and her appearances are fleeting enough that they come across as random instead of connected to the song. 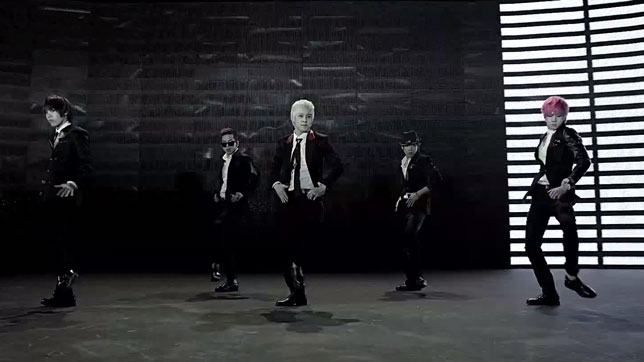 After a couple watches it becomes clear that this drink-dropper is the same woman in more than one shot, but it isn’t a natural connection. Her “character” is less of a character and more of a random extra in the background. Speaking of random girls, the dancers that appear with Joon and Mir were poorly incorporated into the MV. They aren’t the same person as the “smoky girl” and their appearances are short enough that you barely even see their faces. Mir’s scene with dancers was especially poorly edited which made it feel choppy because the camera didn’t focus on the dancers for long enough.

The other issue with the MV is the amount of flashing lights and editing cuts. Any MV that has epileptic seizure inducing lighting gets marked down in my book because those strobe lights distract from the group members, the story, and the set instead of adding to them. In the case of this MV the use of the giant electronic wall as the background caused this problem to be amplified. Although the MV started out with the wall being plain light and black lines it soon switched to having big designs on it, which was distracting.

Thankfully, when the MV switched into color mode the lighting became ten times more palatable as the electronic wall transitioned to rainbow colors instead of harsh black and white designs. This may not have been a problem for everyone, and it wasn’t a problem for the whole MV, but there were moments when the lighting was headache inducing. 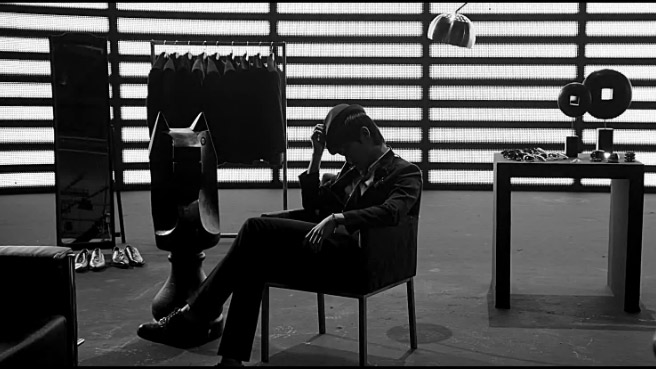 There is no complaint, however, that can overshadow the excellence of these outfits. Judging by the lyrics, the men are dressing up to impress this “smoky girl” that they are trying to get their hands on, and boy do they ever put on the Ritz. The first outfits are expensive looking black suits and accessories to match, but these aren’t just any suits, oh no. Although at first it may look like G.O. got in a knife fight it becomes apparent by looking at the outfits as a whole set that his sleeves are meant to have giant slashes in them.

G.O.’s sleeves, Thunder’s shoulders, and Joon’s back all have openings in the fabric in one way or another. This was a superb way to keep the black suits from being boring and add a little flare to the traditionally classy look. My only complaint is that they didn’t have enough back shots of Joon; if you’re going to have a corset laced suit jacket why not show it off? 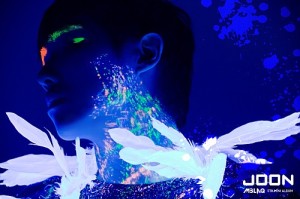 Speaking of accessories, this is one of the few times in K-pop where there is no criticism on that front. G.O.’s sunglasses worked perfectly with the upscale nightclub atmosphere of the MV and added a sense of mystery to his image. Not to mention the effective tease when he started to slide the sunglasses down his nose but never actually revealed his eyes. That was a well-played move by the director. Mir also got into the glasses fashion by wearing regular specs and a glasses-strap in his rap scene. Normally a strap to keep your glasses on is associated with dorky guys and old ladies, but no more! Mir manages to pull off his glasses accessory and his ponytailed hair while looking both sexy and classy.

Finally, on the accessory front, we have my new OTP, Lee Joon and a fedora. Seeing style be consistent though out an MV, like with the hat and glasses, makes the whole thing feel more cohesive instead of broken up into outfit changes. Joon gets to wear a black fedora, a white fedora, and a color splattered fedora, all of which are tilted slightly to the side to best emphasize his excellent profile and bone structure. There aren’t enough classic-style hats used in K-pop for my taste, so this is a nice change from the usual baseball caps.

The biggest fashion change happened when the neon colors come in. The members go from suits to more typical K-pop fashion with tight, brightly colored pants and shirts. However, because of the colored background the outfits didn’t feel jarring, instead they blended right in. The transition from cool and classy to vibrant and fun was flawless and didn’t leave the viewer feeling confused. 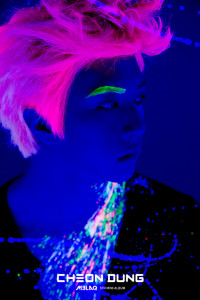 Finally, we get to the dance. I haven’t seen choreography this complicated, suave, and sexy in a while. There were a lot of smooth side-ways progressions and intricate foot work which made this dance stand out. Possibly the best part of the choreography was how tightly the movements blended into each other. There were a good number of sexy body rolls in this dance but each one was immediately followed or preceded by a quick arm or leg movement. Often groups rely on the body roll and hip thrust as a sexy interlude, but here those moves were integrated into the chorography as whole, which created a much more sophisticatedly sexy dance.

Although this MV has some interesting moments, as a whole it suffers from the same issue as the song, there is no real climax. After the first watch the MV becomes a bit boring unless you focus on the details. Because of this, overall rating: 3.5/5, but if we’re just talking about the dance and outfits, 5/5. This is a promotion that will shine much more on stage than in the MV, and we can look forward to that.

Was “Smoky Girl” a hit for you, readers?