The Romantic and Idol, We Can't Get Enough Dating 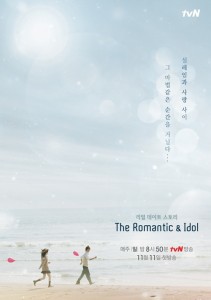 Idols dating, it’s a taboo topic for fans, companies, and the idols themselves. For the last month there has been rumor after rumor about idol couples (with so-called “proof”), and there has also been a number of romantic themed TV shows on the air that give fans a look into idol dating behavior. If you aren’t tired of hearing about the topic yet, there is another show airing now, which began on November 11th, called The Romantic and Idol, that is trying to give you an even more realistic view of idols dating (or so they say).

The Romantic was originally a reality TV program that involved normal bachelors and bachelorettes who spent nine nights and ten days together experiencing movie style romance. The new season of the show has changed titles and now, instead of normal people, the romantics are K-pop idols from popular music groups. The difference between The Romantic and Idol and We Got Married is that the latter is more of a variety program and is known for being scripted, where as The Romantic and Idol is a reality program where there is very little staff involvement. 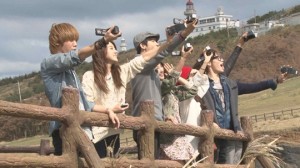 There are four female idols and four male idols that are being paired off to have an organic dating experience on Jeju Island for this season. The female idols are FIESTAR’s Jei, 4minute’s Nam Ji-hyun, AOA’s Hyejeong (or Hye Jung), and Rainbow’s Oh Seung-ah. The male idols are JJ Project’s JB, ZE:A’s Hyung-sik, 2PM’s Jun .K (or Junsu), and MBLAQ’s Mir. The show obviously tried to cast idols with a variety of fame levels and a variety of ages, which already seems to be causing complications in the show. Age is incredibly important in the way Korean people interact with each other on a respect level and friendship level, and having overall younger men than women seems a little silly when the status of being an “oppa” is so sought after.

So far, the age difference has made some of the idols self-conscious, such as JB, and some of the idols, such as Ji-hyun, like their dates less, because her ideal type is older, rather than the younger Hyung-sik. Perhaps this is an aspect of couple interaction that the production team didn’t think of, or perhaps they did think of it and simply weren’t worried about it (and the latter seems more likely). While there are women who like younger men in the world, there seems to be a distinct feeling in this group of women that an older man would be preferable.

The show has banned manager access, which is an interesting choice for a show involving K-pop idols. This is where the reality vs. variety aspect of the show comes in. The production team is doing their best, so they say, to have a natural dating environment for the idols without the interference of managers. Will the idols really let loose and say whatever they want? Mir certainly will, but he does that whether there are managers or not. Ji-hyun was certainly being open about her interest in alcohol, but that isn’t that unusual either considering Korea’s drinking culture. I think it is a little early to tell how open the idols will be once they start getting into the romance of things, but not having managers does change the dynamic of the show. Jun .K gets to drive the car, for example, which is a position normally left to the manager, and all the idols, supposedly, are doing their own makeup and hair, for which they would normally have stylists.

How do the idols feel about this natural dating environment? There were moments when the idols seemed like normal young adults; during the car ride on Jeju Island for example, it seems like being allowed to film themselves, instead of having a big production team around, does put them at ease. Mostly, they all seem nervous about dating in general. This isn’t that surprising, because even if they have dated recently, it hasn’t been openly. However, the way they paired the idols up doesn’t seem that natural. Just because someone chooses the same romantic scene as you doesn’t mean you will have anything in common. 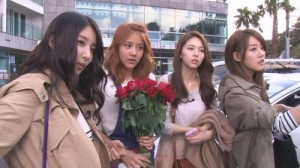 Despite that, the original couples seemed to be getting along well enough, until the “change” thing happened. Obviously, this makes the show more interesting, from a viewer’s perspective, but it also creates more conflict than romance among the idols. It is difficult to complain, since the idols were given the choice whether to change or not and they chose change, but it makes me wonder if this part was scripted to make sure the dynamic of the show worked the way the producers wanted it to. Maybe I’m being cynical, but it seems too convenient that exactly four people would choose to change when that was exactly the required number. Similarly, with the romantic music game, the couples had no insurance of being with their original partner, so instead of cultivating deeper romantic relationships the game created more tension and drama for all the idols.

So far, some people are getting more attention from the other idols and from the cameras than others. Jun .K is popular among the women, and Ji-hyun is popular among the men, so they both get a good amount of camera time, where the JB and Oh Seung-ah pair has gotten far less camera time, as individuals and as a couple. This may change over time, as the couples get paired up differently and go on more dates, because whoever is the most interesting pairing will ultimately get the most screen time. Until then, we will just have to accept the fact that all the men like Ji-hyun the best, so she will be getting the most coverage. Originally, the show was only going to have four episodes, but due to the positive viewer response they show will be running for up to eight episodes, hopefully this will allow for a deeper look into the details of the idols’ relationships. 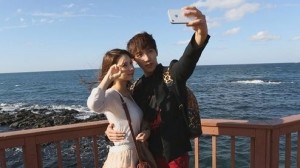 If you are interesting in dating shows, you should definitely check out The Romantic and Idol. It is a more casual relationship focused show, instead of the serious relationship focus of We Got Married, and it has potential to be more authentic than other idol shows on Korean TV. The focus on stirring up drama by switching couples around is a little concerning, but hopefully the idol pairs can have some genuine moments together despite that. What do you think of the show, Seoulmates? What are your favorite pairings?