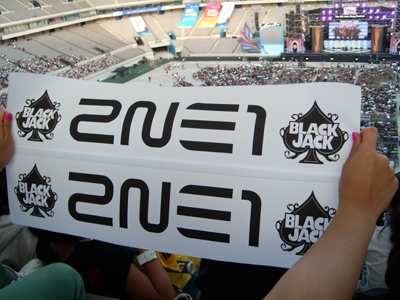 While there’s a lot of talk about Korean artists debuting overseas, there’s relatively little coverage of how fans are contributing and in some cases, enabling certain K-pop acts to cross over. The fans continue to play a huge role in introducing Korean music to non-Koreans by translating and disseminating the Korean sound across the web. In fact, it can be argued that K-pop’s international presence is owed to the internet, specifically social media.

In addition to translating and spreading K-pop to other music lovers who were looking for something new, K-pop fans have done a superb job mobilizing to raise awareness of their favorite Korean idols on a global scale.  Clouds were instrumental in getting Rain part of the Time 100 poll, VIPs for Big Bang‘s EMA win and most recently, Blackjacks for 2NE1’s MTV Iggy Best New Band crown.  Dedicated 2NE1 fans voted for six weeks, helping bring up the total number of votes for all ten nominated artists of the contest to 4.25 million votes. Impressive indeed.

As a keen observer of K-pop fans’ polling behavior, I can pretty much guarantee you that Blackjacks probably did everything in their power to make sure that 2NE1 win the Iggy title.  They probably spread information about the contest across various fan forums, spread it to non-2NE1 fans via social networks.

Before we get excited about 2NE1 coming to the States next week to perform at MTV studios, let’s take a step back and assess the impact of Blackjacks’ voting behavior — and the same can be said about Big Bang’s VIPs and Rain’s Clouds. The votes garnered not only created buzz for 2NE1, but it also forced them to come perform here, even though they weren’t planning on testing waters in the States any time soon. Although it appears that the YG ladies will not be involved in any other promotions during their trip over to NYC, one cannot deny the benefits they will reap from this exposure and trip in the times to come.

While YG doesn’t plan to debut 2NE1 stateside just yet, here’s how you can catch them at the event.  If you are a dedicated Blackjack and already applied to win tickets to see the ladies live on Monday, December 12 at 4pm along with La Vida Boheme, Gyptian and Yuna at The Best Buy Theater in Times Square and MTV Studios, and won those precious tickets, then kudos to you! You must be feeling really lucky.

If you weren’t able to get tickets and are in the Big Apple on December 12, fret not. You can also be part of oft-filmed crowd right outside of the MTV TRL studio space on 44th and Broadway, cheering on the girls and showing your Blackjack pride! 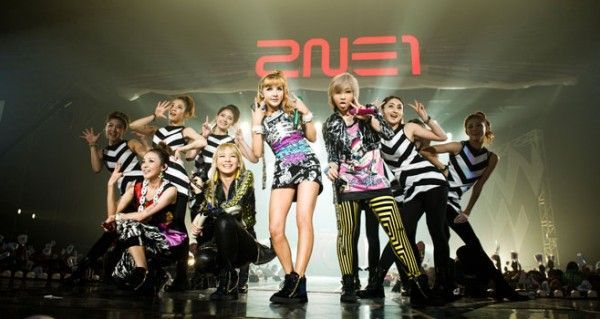 And last but not least, if you are nowhere near NYC, MTV won’t keep you out of the loop.  They’re keeping up with the digital times and streaming the entire concert live. They’ll also have a live Twitter feed, so if you have any questions that you want to ask 2NE1, make sure to tweet with the hashtag #bestnewband. Feel free to get more information about the event here!

How are you planning to experience 2NE1’s first performance in the States?  In person or via the web?  The Seoulbeats crew will be there in person to experience it live and we hope to see you there!