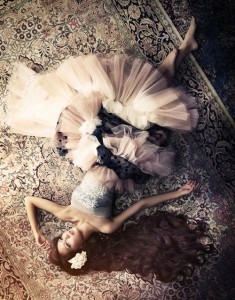 After releasing nine teaser images, a teaser movie and the official album cover for SNSD’s The Boys, SM announced that the once set comeback date of October 4th, it delayed for a couple of days.  SM stated,

We are planning to strategically change our date for release because it will be worldwide and simultaneous. We will give out more details as it is decided.

According to XPORTSNEWS, the album has been delayed due to forecasted sales in America.  The change of plans seem rather abrupt.  If they were really planning a “worldwide” concept and release, shouldn’t the release date have taken the “worldwide and simultaneous” release strategy?  Pulling back on the release of the album, after sequentially releasing teaser images and video, leads to a couple of speculations below.

Hypothesis 1: Could this be a premeditated strategy, where SM hyped up the comeback to get the audience excited, only to postpone to increase the level of expectancy, like gaming companies?  Perhaps SM is one step a head of us.

Hypothesis 2: To take on the competition.  Is it possible that SNSD is delaying their comeback to compete with Wonder Girls?  The Wonder Girls are scheduled to release their comeback album in November and having two Korean girl groups trying to make it in the Western market can be interesting.  However, it seems unlikely that SM would do anything based on JYP’s calendar.

Hypothesis 3: Soo Young is still not well. SM Entertainment stated that decisions concerning the album’s release were majorly influenced by Sooyoung’s condition after her car accident in late August.  Is it possible that Sooyoung is still not well yet?  SM representatives recently stated

The members will all be focusing on their rehearsals until their comeback to create the best stage possible. We will also be constantly checking on her [Sooyoung’s] condition during their promotions.

There are many things to consider and speculate but, all in all, SNSD’s comeback has been officially postponed. The real reason can be one or all of the reasons stated above or perhaps there’s something happening under the reigns of Papa SM that we are not aware of.  What do you think the real reason is?