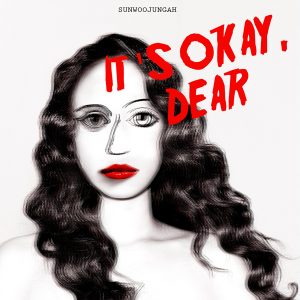 Now that we’re well and truly in the depths of autumn, like me you might find yourself starting to skip the more energetic, loud songs on your playlist in favour of music that’s a little softer and more sensitive. If that’s the case, then Korean indie veteran Sunwoo Jung-A should be first on your list of artists to add. The female singer-songwriter is a master at crafting music that is compelling, mature and full of raw emotion – perfect for sentimental autumn days.

Currently under Magic Strawberry Sound, Sunwoo Jung-A first debuted in 2006 under Ogam Entertainment with the album Masstige. Musically she was still finding herself and, unfortunately, the album didn’t see much commercial success. It did, however, open some important doors: she later had the opportunity to work as a collaborating musician under YG Entertainment, helping to write the song “It Hurts” for 2NE1 as well as a number of tracks for Lee Hi’s album, First Love. If you’re familiar with these, you may already have an idea of her sound; mixing soul, jazz, RnB, pop and ballad influences, Sunwoo Jung-A’s music is a rich blend of genres, tied together with velvety vocals and compelling lyrics.

Her songs often revolve around her identities and experiences as both a woman and a composer in the music industry, and her musical style varies as such. Her lyrics are unapologetically honest and personal, and as such are often easy to relate to (at least for female listeners), covering topics from feeling inferior to others to being an eternal fangirl. On the 2013 album, It’s Okay, Dear, you’d be forgiven for mistaking her voice and musical style for that of Regina Spektor; songs like “Baepsae” (or “crow tit”) pair her jazzy voice with a whimsical piano in classic Regina style:

but I guess there is no partner for awkwardness

I had wanted such an expensive coat so much

but this doesn’t suit me

This doesn’t suit me

Her later work explores a more mature style of singing, composing and lyric-writing, bringing in RnB, ballad and funk influences that helped her develop a more unique sound. Songs like “Springirls” are foot-tappingly funky and effortlessly sexy, incorporating elements such as a groovy bass, funky electric guitar riff and coy lyrics to create a female-empowering anthem that will get you dancing and model walking whenever you hear it. The MV knows this and appropriately shows us a number of female models of different shapes and styles (including Dara) strutting their stuff to the beat of the song, adorned with spring flowers.

Her most recent album, a 5-track EP released in 2016 named 4X4, combined her many influences and marked a definitive shift from her previous acoustic live band sound to more electronic RnB instrumentation. Whereas It’s Okay, Dear was energetic and even frenetic at times, 4X4 is a chilled album from beginning to end, forgoing acoustic pianos in favour of electric pianos that help create a dreamier atmosphere. “Mind You” is one of my favourites from the EP and is in fact the first song of hers I heard; its soulful vocals and equally soulful instrumental are refreshingly different to other more light-hearted acoustic K-indie acts.

With such a soulful and emotive singing voice, it’s no surprise that Sunwoo Jung-A is an excellent ballad writer and performer on top of everything else. “Upside-Down” is the perfect example; her performance of the stripped-down live version of this song is achingly beautiful and displays her raw singing power and expressiveness.

A talented singer, composer and lyricist, Sunwoo Jung-A is a triple threat in her own right and has maintained a long career in the Korean music industry accordingly. The way her music has evolved is particularly interesting, and she’s one of those artists that is remarkably difficult to pigeonhole into just one genre; RnB, jazz, pop, soul and indie are all words that come to mind when listening to her music, and if you enjoy those then chances are you’ll enjoy Sunwoo Jung-A’s music too.