Welcome to Waikiki, Ep.17-20: Happy Endings with a Twist 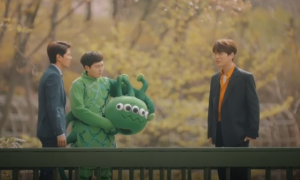 Welcome to Waikiki‘s final four episodes are a bit all over the place to summarize, but then again, this show relies less on plot, and more on crazy yet comedic incidents that the characters always seem to get themselves in. I didn’t expect much drama in the last four episodes, and for the most part it was just a lot more of the same thing. However, the last episode does build up tension and creates dilemmas that the characters must solve. Since it’s still a comedy, though, it takes a funny twist on typical rom-com endings.

Episodes 9-18 shift the characters’ concerns from their careers to finding romantic relationships, and the final four episodes are more about figuring out the balance between work and relationships. For the most part, Welcome to Waikiki doesn’t tackle serious subjects when it comes to developing these romantic relationships. You’re most likely to see a character neglecting his girlfriend because he needs to work on his chemistry with a turtle for a film, or a character trying to figure how to kiss his girlfriend without touching her because she’s too ticklish (I’m not making either of these up). While the absurd situations don’t contribute to characterization or expand on the characters’ relationships, they do create a stress-free and hilarious viewing experience. 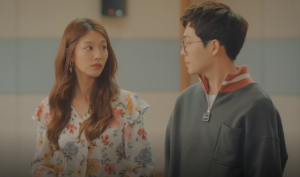 For the remaining single characters it’s not surprising, since it’s a common occurrence in this show, that they are suddenly paired up. While Bong Doo-sik (Son Seung-won) doesn’t have a serious girlfriend for most of the series, the rest of the show focuses on his funny failures with relationships that his friends purposely sabotage for him, for one reason or another. There’s hardly any mention of his writing passion, and he suddenly finds out that Soo-ah (Lee Joo-woo) has feelings for him. After he was having success earlier in the show while dating his childhood friend and working on writing a film, it’s disappointing to have that written off with a flimsy excuse. That relationship had more chemistry and development, and pairing him with Soo-ah, who he has nothing in common with, was an awkward and rushed choice.

The ending of Welcome to Waikiki was a bit of a surprise and twist on your typical romance ending. The show builds up the drama at the end of Episode 19 and presents us with two serious hurdles in each main relationship: Yoon-ah’s (Jung In-sun) ex-boyfriend and the father of her daughter comes back into their lives hoping to be a family, which obviously doesn’t sit well Dong-gu (Kim Jung-hyun). Meanwhile, Joon-ki (Lee Yi-kyung) tries to advance his career by allowing a fabricated dating scandal with an idol to become viral, further distancing himself from Seo-jin (Go Won-hee). Both male characters try to make it up to their girlfriends in big and dramatic ways, but the gestures end up disastrous, which was an unexpected change to cliché drama finales. Since this isn’t your regular romantic comedy, it was a perfect way to resolve their issues. 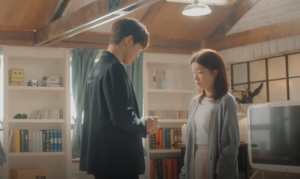 While Yoon-ah’s character was flat at times, it was still refreshing to see a different take on a single mother character. She’s able to accomplish her goal in achieving her baking license, and rebuffs her ex-boyfriend and Dong-gu’s attempts at trying to take care of her, even refusing Dong-gu’s proposal. However, the viewers still never find out why she abandoned her baby at the guesthouse in the first place, and how she ended up homeless and jobless. It would have been fitting to resolve that mystery and shed a little light on Yoon-ah’s previous struggles to round out her character.

The final few moments lead you to believe that the characters have finally reached the pinnacle of their careers. However, they’re suddenly chased out of a park for filming a movie without a permit. The ending is fitting because it doesn’t take itself too seriously, just like most of the show, and it still circles back to the optimistic message that the drama has been conveying: never stop chasing after your dreams. 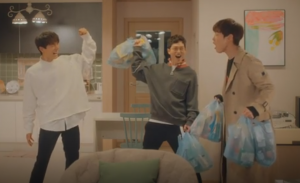 Overall, I wasn’t the biggest fan of the drama, but there were select episodes that showcased the actors’ and writer’s excellent abilities in comedy. As mentioned in a previous review, this isn’t the type of drama that necessarily needs to be watched it in order, and you can consider picking it up and watching it in between more gloomy or anxiety-driven dramas.