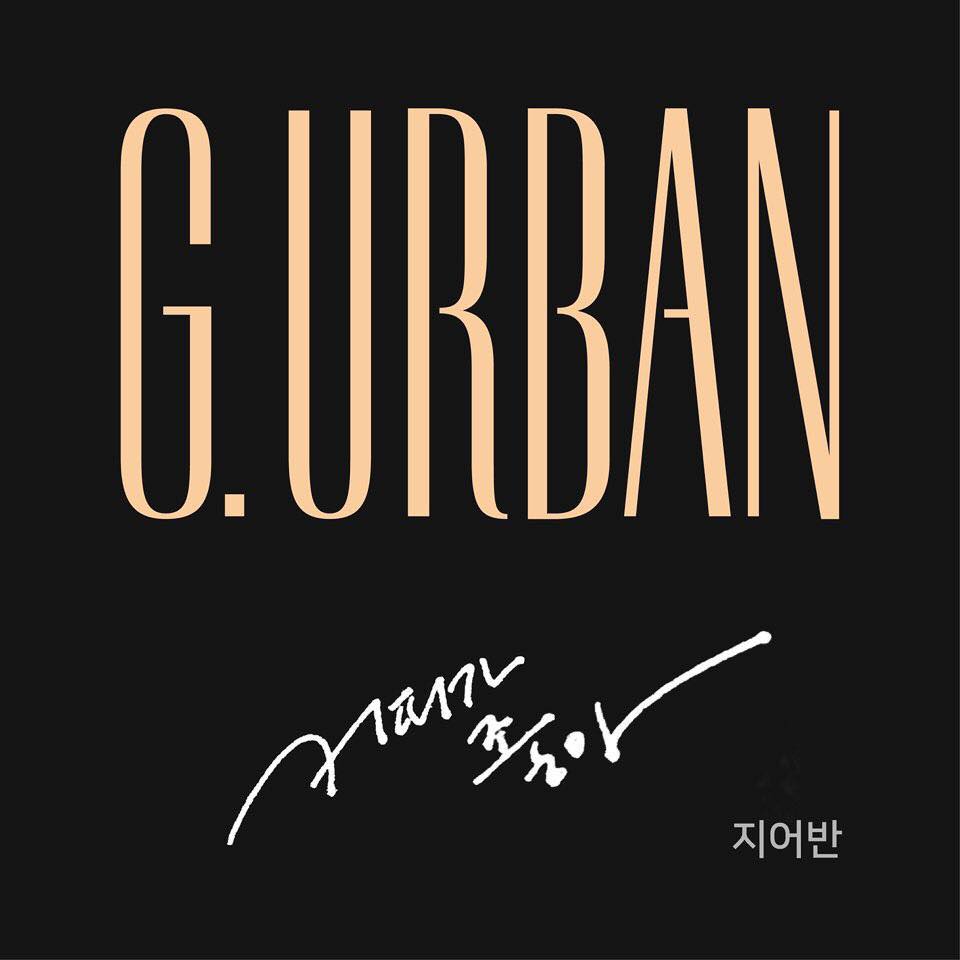 The South Korean indie scene is bursting with buried treasures and sometimes it is hard to gain access to these musicians from outside of the country. Being in the country does not make it much easier, considering how one needs to scour through the undergrounds of Hongdae to uncover these gems. Last month, my adventure in Zandari Festa 2017 opened up the door to a whole new realm of music. Among the numerous performers I watched, G.Urban remains well-etched in my memory for the charisma of their live performance.

The duo consists of Hong Hyeok-su from MNET’s Voice Korea and Ra Kyoung-won from MBC’s Star Audition 3. In G.Urban, Hyeok-su goes by the name Pray, while Kyoung-won runs with the name Newaile. Despite being contenders in these programmes, they did not hit stardom as other participants like Eric Nam or Megan Lee might have. Nonetheless, in the years that have passed since their competition days, they have finally found their own flavour of music. For those who are fans of R&B and Soul, G.Urban is definitely worth a listen.

The big names in South Korea’s R&B scene today are musicians like Dean, Zion.T, Crush and Gray. With an exception of Crush who puts out softer sounding melodies (think “Fall,” or “Don’t Forget”), most of the R&B tracks avoid coming off as sweet. They choose to sound sexy and alluring, or mellowed and musing. With the influences of hip hop coming into the picture, there is also a tendency to avoid sounding too mushy – or cringey.

G.Urban defies such a trend and their most recent single “I’ll give it to you” is testament to such a claim. There is nothing embarrassing about delivering a track that is romantic and sweet. Not everyone has to sound tough or broken all the time. “I’ll give it to you” was released in May this year, and it is a track that is comforting to listen to.

Simple in its context, the song relates the endearing words of a lover:

How is this music?
I made it for you
When you’re too tired or can’t sleep
I want you to listen to it.

These are lyrics repeated time and time again in love songs. It might even sound a tad too affectionate, bordering on cringe-worthy. Yet, G.Urban dissipates such potential reactions with their soothing vocals. Hyeok-su’s deeper tones acts as a good blanket for Kyoung-won’s groovier flow. The acoustic guitar in the background and soft beats, together with the duo’s voices put together, creates a song that is warm and reassuring for the listener.

G.Urban is also stunning as musicians because of their versatility. “I’ll give it to you,” is a tune that fringes on mainstream pop music. Yet, they have demonstrated their own talent by uploading a piano version of the track on their YouTube channel. This interpretation arguably supersedes the original track. Unlike the original track that seems more impersonal and generic in conveying romance, the piano version sounds more intimate, and is far more vocally technical. Stripped from the layered melodies of the original, this rendition consists only of a jazz piano and raw vocals. Despite the high notes, the melody is slower and the duo’s voices are gentler than before. Listening to this rendition, it is hard not to fall for their honeyed voices.

However, G.Urban is not limited to such sweet love songs. Back in 2014, they released a track titled “Feel So Good.” This track is a classic R&B styled tune, with a rhythmic beat and bass forming its melody. It is far groovier than “I’ll give it to you,” and it certainly echoes trendier R&B songs – perhaps the likes of Suran’s “1+1=0” or Zion.T’s “Babay.” Monsta X covered the song at one of their concerts, which caused a small hike in its popularity. One of the stunning moments in the song is in its second verse when the duo build a rapport with their alternating lines. 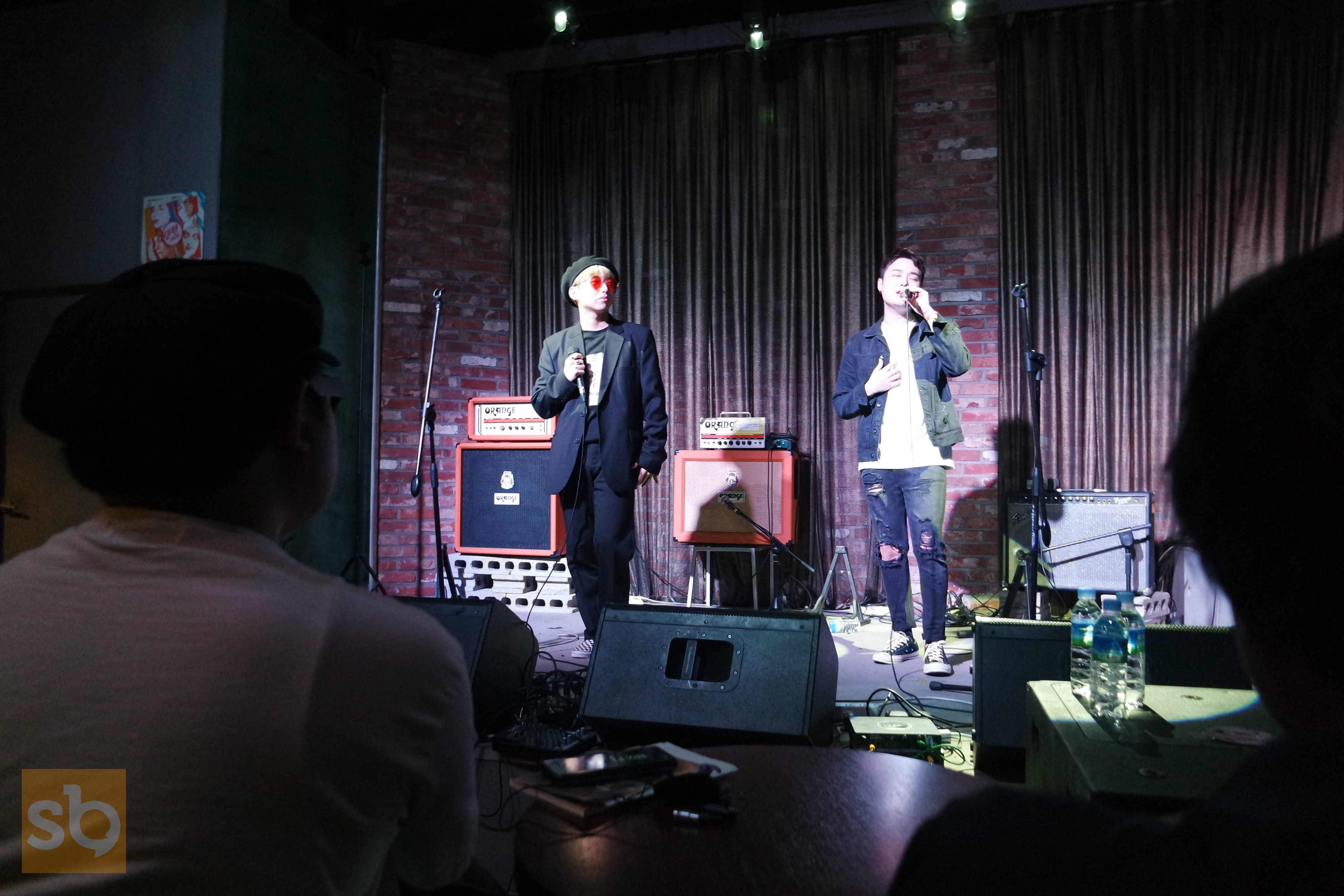 On the other hand, “커피가 좋아” echoes the styles of Urban Zakapa in their more upbeat songs, or even Roy Kim’s earlier tunes like “Love, Love, Love” and “Spring, Spring, Spring.” Similar to “I’ll give it to you,” this too is a love song, but much more casual in its tone. This track is inviting and just like the song’s title, is perfect for a café setting. The acoustic guitar accompanies the confessions of love through the song lyrics. The duo does not try to show off their vocal virtuosity in this song. Rather, they are sincere in their delivery and the warmth in their voices are the focus of this track.

G.Urban also participated in a collaboration project organised by Leeway Music & Media Inc (Korea) and SOOS OIO (Singapore) early in 2017. The project brought together indie artists from Korea and Singapore with the objective of increasing the performers’ outreach in both countries. Writing on the theme of food and love, G.Urban produced “생각해” (translated to “thinking of you”).

Unlike the songs mentioned earlier in this article, “생각해” evokes a stronger R&B vibe. The harmonisations in this particular song is stunning. Coupled with the rhythmic shifts between lines and verses, this track reveals the musicality of the duo. The song begins and ends with a simple piano interlude, while the remainder of the song is built on a more complex melody of soft beats. The melodic composition of this particular song creates a rise and fall, almost like a plot narrative, adding a layer of depth to the track. “생각해” clearly carves out a unique flavour unseen before in G.Urban’s music. With this particular track, the duo seems to have found their own style after years of musical exploration. 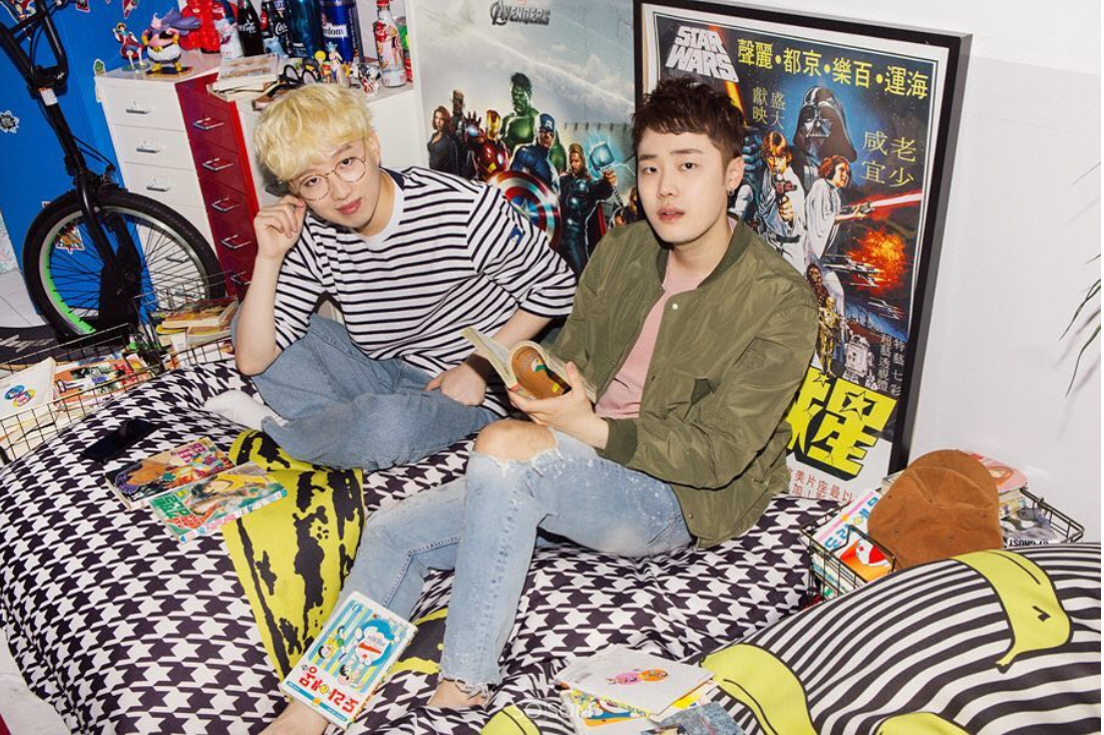 Speaking of G.Urban’s musical journey, years of musical experimentation it has been indeed for the duo. Despite their small repertoire of original songs, both Hyeok-su and Kyoung-won are prolific in producing song covers. Starting out with making covers under the name of Slay Crew, the group’s YouTube channel is filled with videos dating back to 2014. The impressive thing about these videos is how each cover offers a new interpretation. From K-pop songs like Wanna One’s “Energetic” to Epik High’s “Happen Ending,” the duo does not limit themselves when it comes to music. Going beyond language barriers, they have songs from Justin Bieber, Ed Sheeran and even The Weekend. Recently, Kyoung-won uploaded a cover of Daniel Caesar’s “Get You” on Soundcloud. Needless to say, it was a recording that was a blessing to the ears. With only an electric keyboard as accompaniment, his voice is a calming gift to listeners.

G.Urban might seem like a duo that is just starting off with baby steps in the music industry, what with only a small handful of songs. However, behind the scenes is a history of hard work and growth as musicians. From their early days of audition programmes to becoming artists that are carving out their own style as independent musicians now, they are finally finding a space for themselves in South Korea’s indie scene. Especially with a song like “생각해,” G.Urban deserves to finally be brought out of Hongdae’s underground to meet a wider audience.

While waiting for news of future activities and music releases from the duo, it is entirely worthwhile to dedicate an afternoon exploring G.Urban’s music. Though their international reach might be limited at the moment, the duo’s efforts to connect through Instagram, Facebook and YouTube ensures that good music is always available for us despite the distance.