Cinderella and Four Knights, Ep. 1-4: All Aboard the Cliche Train! 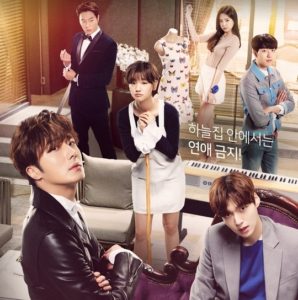 Do you like flower boys? Like extremely stereotype heavy dramas? Did you like Boys over Flowers? Are you willing to put reality aside for the sake of a pretty face (or four)? If you answered yes to all of those questions then Cinderella and Four Knights may be the drama for you.

Honestly, given the pitch of the show, I don’t know what else I expected. The first four episodes set it up to be a continuous parade of K-drama archetypes and clichés with no respite in sight, so I’m not lying when I say you need to be ok with the four questions posed above before even considering this one for a watch. That said, sometimes all we need is some eye and brain candy that will help us de-stress, so here we are discussing what could either be a huge hit or a huge flop.

Since it’s the beginning, let’s break down the main characters of this fantasy.

First, we have our leading lady Eun Ha-won played by Park So-dam who is the oh-so stereotypical hard-working poor girl who has something irresistible about her. Yes, technically she’s supposed to be our Cinderella, there’s even a shoe scene and an evil step-family, but what it really comes down to is a very typical type of female character in Korean dramas. There isn’t even anything to say about her because she is just so typical, you could exchange her for the lead character in so many other dramas — Plucky female lead, check. 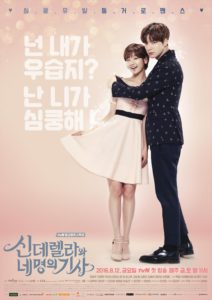 Second, we have the secondary leading lady Park Hye-Ji played by Son Na-eun, and her character is so far boring at best and infuriating at worst. Currently I can’t really call her character fully developed, so maybe she’ll improve, but right now Naeun’s acting is pretty flat and the character is a complete doormat with no sense of self-worth. No one likes a character who can’t stand up for herself and tries to kill herself because a world-class playboy doesn’t love her — Get it together, woman!

Third, we have the men… well technically that should be third, fourth, fifth, and sixth. The show was marketed as a competition between four “knights” for the heart of our hard-working Cinderella, but so far the development of the characters and their romance with the main female has been lopsided, with much more attention given to two of the men than the other two.

Our oddly charming playboy Kang Hyun-Min played by Ahn Jae-hyeon is the forerunner right now for Cinderella’s attention, despite sad second female lead being sad, and honestly I kind of like him. Yes, he’s obviously a self-centered jerk, but there is something naïve or innocent about him that is actually endearing. I’m not sure if it’s really good writing or really good acting on Ahn Jae-hyeon’s part, but basically I don’t hate him, even though I feel like I should – Send help, I feel like I’ve been brainwashed! 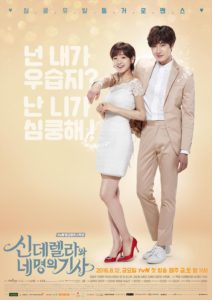 On the other hand, Kang Ji-woon played by Jung Il-woo who is obviously supposed to be the “wronged” one, I find pretty intolerable. To me, his type of self-centeredness is much worse because he’s so self-righteous about it. I see that he’s supposed to be a type of tsundere character, hard on the outside soft on the inside, but right now he’s much too jarring for me to see him as somehow romantically desirable – If you tell me to buzz off enough times I really will, you jerk.

Here’s the thing, we have two self-centered assholes that have gotten all of the attention in the show, and then two much less focused on guys that are actually not only nice but also considerate and not self-centered. I can’t help but feel like this is too often the way K-dramas play out. Why in the world would Cinderella fall for one of two jerks when she has an equally handsome, rich, and famous option (Kang Seo-Woo played by Lee Jung-shin) who actually cares about her life and making her happy? You know, it beats me, but it’s something we’ve always questioned about K-dramas here on Seoulbeats.

Finally, I have an age question, why do all of these men seem so much older than our main character? Couldn’t they have made her older than a high-school senior? Basically this is where I see our fourth male falling out of the running, because Lee Yoon-Sung played by Choi Min, the family’s butler/bodyguard/all around good guy, comes across more fatherly than he does romantically. This is a shame because he’s arguably the most handsome and he is definitely the best person as a character. I guess my comment to the marketing team in this case is, why make it seem like a harem drama with four male options for our Cinderella when you’ve basically knocked at least one (maybe two) out of the picture by making them too old/familial/friendly? I guess we’ll just have to wait and see if the writer turns it around and makes me eat my words. 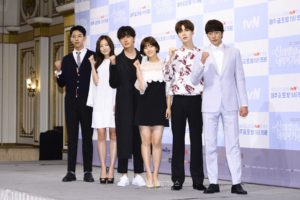 There are obviously some deeper story lines trying to be developed here about family and what the meaning of family is. Pretty much everyone in the drama is from a troubled family background or feels that they don’t have a family, and the writer is trying to tie that into the development of our main characters by using it to explain why they are such dysfunctional people. I’m not going to argue that, because family does have a huge impact on how people grow up, but I’m finding the overall flippant tone of the drama overwhelms those deeper ideas most of the time.

Finally, my prediction for the upcoming weeks is that Kang Ji-woon in his quest to win over Eun Ha-won for Park Hye-ji’s sake will actually end up falling for Eun Ha-won and then who knows what will happen! Because the drama has been so predictable so far I’m expecting some crazy twists and turns in the near future because otherwise what kind of K-drama would it be?

Readers, what do you think so far? I admit I’m invested, despite the ridiculousness.