Even us cynical writers at SeoulBeats have our biases. Subi is married to Yunho and Ree loves her some Big Bang. I, on the other hand, love Infinite. They’re my babies, my hubbies, my bias group. I will use whatever excuse I can to fangirl about them. I want the best for them, always.

But then, I saw this monstrosity in the latest issue of W Korea: 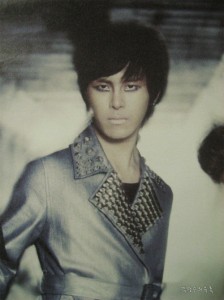 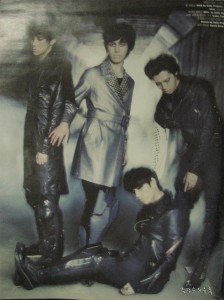 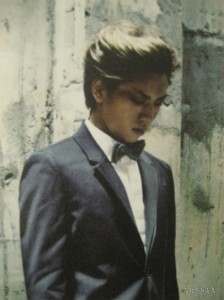 What did they do to my Hobaby?!?! And Dong-woo looks like a very creepy butler. My little biased heart can’t take this. I love my boys and I am strongly against them being dressed up to look like David Bowie or Lady Gaga. The hair, the makeup, the setting, the poses – it’s all wrong. Rather than capture my preciouses as the sexy beasts that they are, this photo shoot captured the essence of their inner creepers. 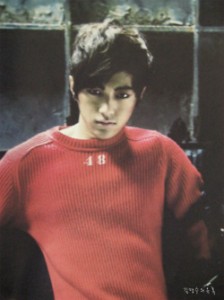 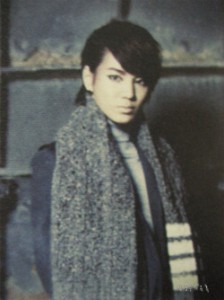 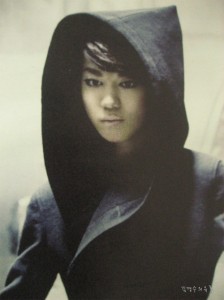 I believe the stylists were going for a robotic look by smothering Infinite’s faces with black and blue makeup, tricking out their eyebrows, and overdoing the smoky makeup and shadows. Myung-soo normally has a fabulous, heart-stopping smolder (a result of his inability to express emotions properly) that would make any girl’s heart flutter but here the boy looks predatory. Sung-jong‘s photos are even less flattering. In one, he looks like an overly serious businessman with rape-face. In the other, he looks like a freaky nun out to steal your children and eat their souls. I find this especially unfair because Sung-jong is one of the prettiest people in K-pop and shouldn’t be made to look like a creeper. 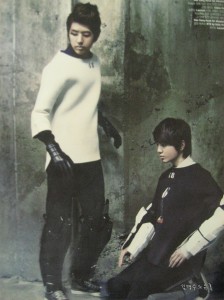 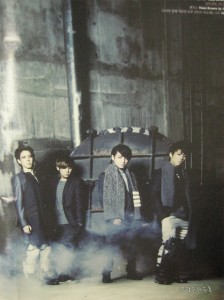 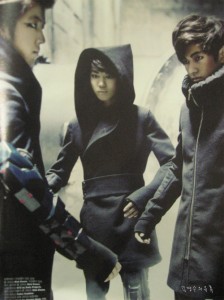 The styling itself is OK but the boy’s bodies look a little weird, but that could be because of the poor scans. They all wear layers of dark clothing and occasionally some shin and arm pads as worn by Sung-gyu, Sung-yeol, Myung-soo, and Sung-jong. Infinite isn’t new to guy-liner, they’re actually quite familar with it, but in this instance it’s used in excess. In one picture, Myung-soo’s face has the frozen look a person gets after being outside in sub-zero temperatures for too long. I just can’t get over Sung-gyu’s hair. He has a pumpkin on his head, I’m sure of it. Most of the other hairstyles are fine for me, however.

I find this shoot gaudy, overly serious, and the posing a little awkward. I love Infinite but not so much that I can be ignorant over mistakes and mishaps. This photo shoot was an unfortunate mishap. Though they’ve been sweet and cutesy before, Infinite has never been as disgustingly adorable as, say, Boyfriend, with overloads of aegyo (excluding Woohyun), so I can’t say that they’re at least becoming more mature. I just know that I’m going to be seeing Sung-jong and Hoya in my nightmares.

What do you think of this photo shoot?