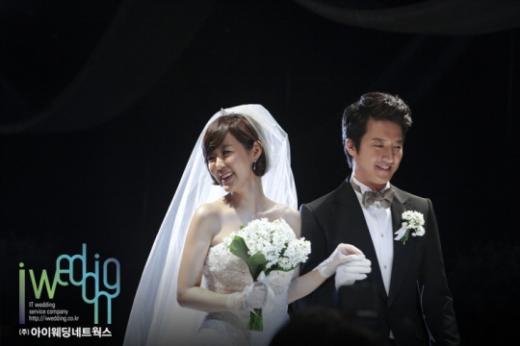 Actor Jung Joon-ho, who shot to fame with his performance in the Kdrama The Last Scandal of My Life, visited Hallyu fans in Hawaii while on his honeymoon.  The couple were married on March 25th and went to Hawaii for their Honeymoon.  They paid a surprise visit to fans of the Hallyu Friends Fan Club on April 3rd during their quarterly meeting, check out a clip that aired on a local Hawaii news channel (turn up your volume, the volume on the clip is a bit soft).

Awww, that was a nice thing to do, I’m sure it made all those Kdrama loving ahjummas’ day.  Joon-ho met his wife, MBC announcer Lee Ha-jung, during an interview with her while filming his last Kdrama Queen of Reversals in November 2010.  Jung Joon-ho also manages several business ventures and is rumored to be starting up a restaurant in Hawaii at the Royal Hawaiian Hotel and a travel agency (I know I read somewhere that he owns/used to own a hotel in Hawaii also). 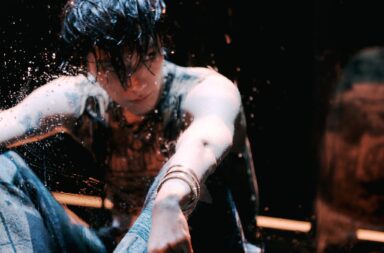