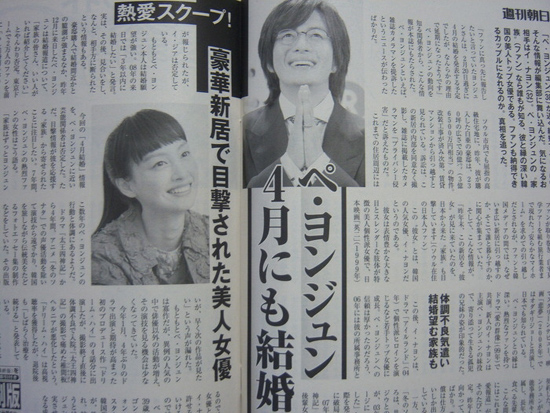 WTF?!! That’s exactly what the two stars said after a Japanese periodical, Asahi Weekly released a story saying that the two Hallyu stars would be getting married in April.  Keyeast Entertainment which manages both Bae Yong-joon and Lee Na-young, have refuted the story and have said that it is untrue and a baseless rumor.

Back in 2008, there was also a rumor that the two were married or secretly getting married.  Yong-joon and Na-young starred together in the 1999 drama Did We Really Love, where she played his younger sister (that’s kind of weird).  This past December, it was also rumored that Na-young was dating Daniel Henney after starring together in the drama Runaway: Plan B.