IU Paints a Masterpiece with "Palette" 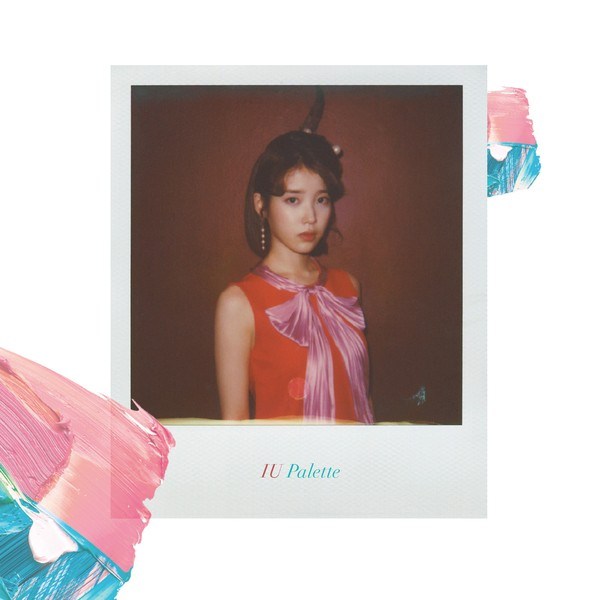 When I hear the word “palette”, I imagine art, paint, and a canvas. The artist responsible is careful of their each and every move, relenting only once they’ve finished with small technicalities and details. Generally speaking, the relationship between an artist and their art can be applied in most situations, and the one here is IU and her latest album, Palette.

Now, to be honest, I don’t know much about IU’s music. Having been a K-pop fan for several years now, she’s definitely a face and name I would easily recognize anytime, anywhere. But despite my limited knowledge, I was still able to sense IU’s artistry by looking at the album cover alone. It’s minimalistic but still beautiful with a Polaroid of IU herself captioned with “IU Palette” in pink and blue, respectively, and accompanied by opaque paint strokes of the same color. There’s a personal and inviting feel to the cover, which made me anticipate listening to the album even more.

Palette opens with “dlwlrma”, a track with a vintage and jazzy sound. Without looking up the lyrics, the song has a tone that’s both mature and playful, a testimony to IU’s recent transitioning as an artist. Lyrically, however, the song attests more to youth in a manner reminiscent of Peter Pan:

You know, even there
It’s filled with fools
So actually, what’s shining even brighter is
Now now now

Aside from being one of my favorites on the album, another major reason why I wanted to note “dlwlrma” is the title. “dlwlrma” is a keyboard transliteration of “이 지금” (Lee Ji-geum), the Korean title of the song which translates to “this now” or “this moment” in English. When you combine that with the fact that “이 지금” is a play on IU’s birth name, Lee Ji-eun (이 지은), “dlwlrma” alludes to the “IU of this moment”. “dlwlrma” celebrates life and fun in its most nature-related form along with silly but recognizable excitement towards the surrounding world outside. 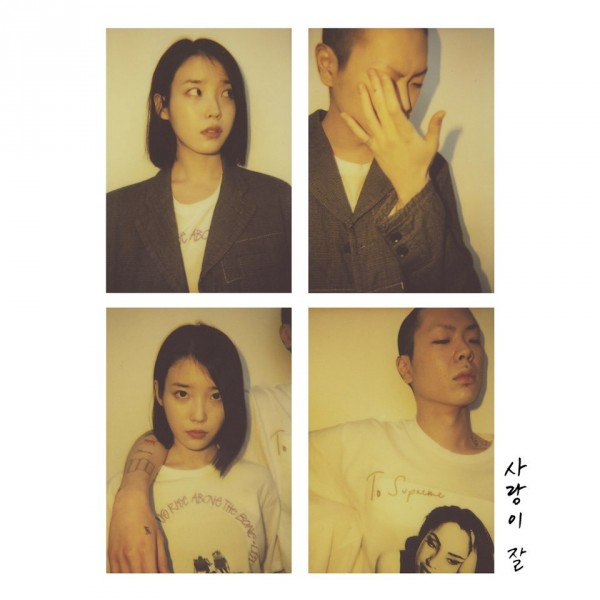 Another stand-out track on Palette is IU’s duet with Oh Hyuk entitled “Can’t Love You Anymore”. The song is very R&B-influenced, and its slow and sultry tempo reminded me of artists like Maxwell and Ledisi. IU’s voice and Oh Hyuk’s voice are quite different from one another, but that’s what makes “Can’t Love You Anymore” even better. While IU’s voice is soft and endearing, Hyuk’s voice is husky and commanding, making the entire duet sound like a conversation between two people.

“Can’t Love You Anymore” narrates the thoughts of two lovers who have lost the spark in their relationship. Both of them are aware that it’s gone and unsuccessfully try to ignore it:

I can’t love
I try to think
I try to rub skin and hug
I try to lock lips but
It doesn’t work out that way
It’s so funny
I try to turn things back
We try to ignore it
But at this point
How can we love again?

While the song is cognizant, it is nevertheless heart-wrenching. It introduces IU to heartbreak, a both depressing and rewarding emotion. The acknowledgment of her doomed relationship reveals a maturation that begins to unfold throughout the rest of the album.

“Jam Jam” flips the switch from R&B to disco, though the general tone is as hazy as its predecessor. The lyrics to the song are quite sarcastic and witty, which makes the song even more enjoyable:

We are all people capable of knowing these things
So isn’t it polite to just pretend to believe in these lies?
I don’t care, I’ll become a fool, let’s try anything
Don’t give me a chance to think (jam)

I need sugar
I need something bad for my body
Stop with the lukewarm stuff
Wanna become honest? What does that mean?

In the context of Palette as a single continuous storyline, IU appears to have dealt with her heartbreak by going out to drink. The essence of the song is in how much fun IU is having at the far-from-intellectual club scene she voluntarily decided to include herself in. Her breathy vocals cause her words to come out as whispers, and she tops the song off with high notes near the end. Also at the end of the song is a noise similar to someone drinking out of a glass with a straw. Originally, it felt odd and out of place, but after listening to the next, “Black Out”, the sound’s presence became more clear.

The less derisive and ditzier “Black Out” is another personal favorite. I couldn’t quite pin point which genre to associate the song’s sound with. I could hear hip hop in the low-toned bassline and IU’s mixture of talking and singing, but it sounded like there was something else lying around.

On another note, “Black Out” feels like the aftermath of IU getting the sugar she previously requested in “Jam Jam”. The only problem? She might have taken in more than she intended to:

Let go, I’m perfectly fine, I’m good
I don’t need to go home
I can even recite the times table
Seven times seven is forty nine?
I know you don’t believe me
(Nothing special)
I’m just in a good mood
(Something special)

In this carefree and heavily intoxicated ode to having fun at a party, IU also makes an effort to reference Virginia Woolf‘s Mrs. Dalloway, a novel written about a day in the life of an English socialite preparing to throw a party:

Hey Ms. Dalloway
I love your party
Come here and accept my kiss
Having a lot of love
Isn’t a bad thing

The before-and-after relationship between “Jam Jam” and “Black Out” really stands out in the arrangement of one directly after the other. After consuming a copious amount of sugar following a bittersweet breakup, IU now has another experience to add to her journey to maturity — a hangover.

The album comes to end with “Dear Name”, an orchestral and aptly titled letter of reflection concerning IU’s past self:

Through the night that was endlessly long and thick and dark
I know your wish has silently disappeared
I’ll wait for a long time, I will definitely find you
Even if you’re so far that I can’t see you
Let’s go, to the place at the tip of dawn

The child who stands in front of me without fail
Head hanging low but never crying
When I sadly hold out my hand, the child runs away
So I hold onto the empty air by myself

Whereas “dlwlrma” alluded to an optimistic and youthful outlook on the bright morning sky, “Dear Name” sees the more pessimistic and pensive side of IU staring into an expansive and deep night sky. The child with a hanging head is the person she once was, and now all she can do is look back at it with new experiences and newer thoughts. IU’s managed to mature over the course of Palette, but at the cost of feeling both weary and an unpleasant feeling of loneliness. It’s a truly haunting and vivid form of imagery meant to depict maturity, and IU had it down to a science on the album.

Palette was the very first IU album I’ve ever listened to, but I was still hooked and fascinated by her artistry and direction. The album overall felt like a very well thought out and heartfelt work of art courtesy of IU herself. A palette displays a variety of different colors at the disposal of the artist; in Palette, IU is the artist who utilizes multiple genres, or colors,  until she is finished with her work.

Three songs I didn’t include in this article are “Palette”, featuring G-Dragon, “Ending Scene”, and “Through the Night” because those three songs we’ve already reviewed.

Judging from how much I enjoyed listening to Palette, I definitely plan on listening to more IU in the future.