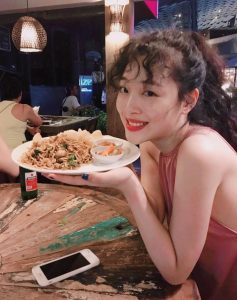 There’s plenty to hate about Instagram these days: it’s become the ultimate app for social posturing, where people post pictures of their round-the-world travels, wholesome acai bowls, and model girl squads. I too am a guilty perpetrator of this curated lifestyle, having been slowly coaxed into submission by the army of influencers I follow (alongside most of the app’s users). We’ve become so predictable in our uploads that scrolling through my feed before bed feels like sedating myself with an Ambien.

Then there’s Sulli, former member of f(x), who has casually smashed through all unwritten rules and aesthetics by posting anything that pleases her on Instagram. As jelly_jilli she gives zero regard about the number of times her eyebags or nipples appear in a row. Forget the typically tame images of cute pets and Snapchat-filtered selfies when you hit her ‘follow’ button; keep your seatbelt fastened and prepare for turbulence as netizens explode, fueled by every other day’s set of uploads. 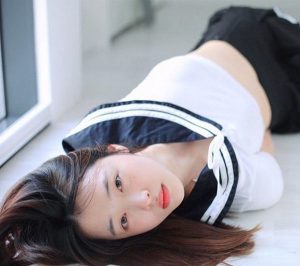 There were the series of drunken shots shortly after Christmas, including one self-captioned, “What’s wrong with me?” This was followed a week later by photos from Hara’s birthday party revealing Sulli in bed in a thin camisole; then an image of fried rice shaped into a penis, and finally another photo shoot of her in scantily-clad outfits (schoolgirl uniform, pajama set) done by the infamous photographer Rotta.

All of these things were too much for netizens, who took great pleasure in trashing Sulli across online forums. But in spite of the nasty rumors and comments floating around – Sulli is mentally unstable, Sulli is suicidal, Sulli is poisoning the minds of youth – the idol has only encouraged commentary with new content, all while calling out her audience on their misdirected energy (“Lolita this Lolita that, go swear at things that are more appropriate and just look at my pretty face”). It’s clear she is aware how meaningless the rage of strangers is, given that they only know her as public figure Sulli, and not as private citizen Choi Jin-ri.

Her willingness to continue playing is her way of blithely presenting us a middle finger à la social media – an impishness I hope continues with her future posts. If anything, her way of zigzagging between untouchable idol and happy girlfriend and carefree drunk through Instagram is reminiscent of the work of artist Amalia Ulman, who has similarly generated outrage by commenting on the lability of online identity through drastic image changes. 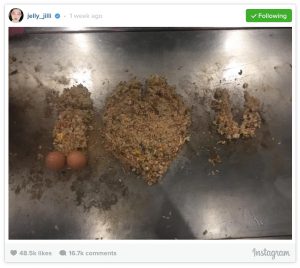 It’s as though through the unfiltered stream of arbitrary fodder, netizens have forgotten that social media remains an online performance, in which anyone may construct their appearance as they please. Until recently SM Entertainment had been at the scaffold, carefully designing a palatable character through multiple releases and performances. Yet through the paparazzi’s discovery of Choiza as Sulli’s boyfriend and her subsequent departure from f(x), we’ve come to see a new side of the idol – though perhaps it’s just a passing growth spasm, or a capricious whirlwind of impulses. Whatever the case, we’ll never actually know.

All this supposed scandal has really done is again reveal the irony of companies that uniformly encourage their idols to capitalize on the possibilities of social media. That is, to use Instagram to showcase a more private aspect of their highly monitored lives. It’s supposed to be a contrast that balances against the standard PR, though what it usually becomes is an extension of the image dictated by their company. As the idol is well aware, what the public generally receives through Instagram is simply more fan service, thinly veiled as a form of intimacy. If publicly admitting to a happy relationship with Choiza was the first step away from serving fans first, being deliberately provocative on Instagram has been a way for Sulli to openly declare her freedom, to remind netizens that she is primarily interested in living her own life. 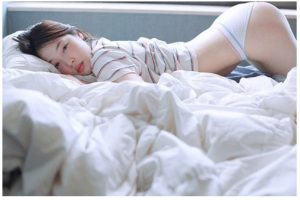 As usual, SM Entertainment has not released any comments around this controversy. It will be interesting to see whether Sulli’s now individual contract as an actress will be renewed in the future – though from the looks of her Instagram, it doesn’t seem that she particularly cares. She’s already made good money through her career. She has a boyfriend, a girl squad, and closetfuls of covetable clothes. Which is to say, why would Sulli give a damn what you or I think? She’s got better things to do with her personal Instagram than address our petty gossip. Here’s to one trailblazing idol that truly understands what it might mean to #liveauthentic.