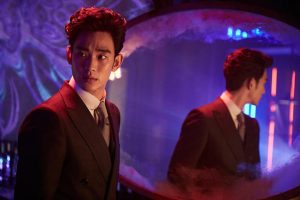 Sulli made waves across the K-entertainment sphere when it was first announced that she would appear nude alongside the My Love From Another Star heartthrob and seasoned actor, Kim Soo-hyun, in the campy action noir flick, Real. Despite all the hype from the press — stemming primarily from the reveal of nude scene and Kim Soo-hyun’s respected name — the film fared poorly in the box office. It wasn’t the type of experimental, edgy cult film unappealing to the masses but celebrated by reviewers either. On the contrary, it was anything but critically acclaimed — garnering such abysmal ratings that Kim Soo-hyun was literally brought to tears. Critics ripped the film to shreds for its directionless plot, heralding it as one of Kim Soo-hyun’s worst works to date.

Even though there seemed to be almost no positivity on the receiving end for Kim Soo-hyun, the same couldn’t be said for Sulli. General public opinion of her seemed to change little after the scene (if not worsened) evidenced by netizen comments expressing open dislike for her post-Real:

Ever since the movie flopped, there’s been all this media play about how Sulli was the only one who survived the failure. Reality is that you can promote an entire movie with Sulli’s nude scene and still barely get 400,000 theater goers. 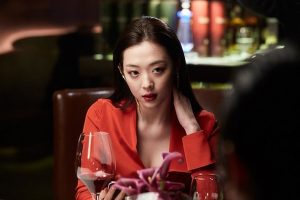 Nevertheless, she appeared to gain some level of renown in the world of Korean cinema, securing numerous love-calls to act in other productions. This may appear strange and contradictory at first glance, but it actually isn’t all that surprising if one were to examine some recent Korean films. There are a multitude of them that employ a similar formula: obtain a rookie actress to do a nude scene, pair her with a more experienced leading man, and the actress in question acquires overnight fame.

An example of this is the 2012 movie Eungyo, featuring the newcomer actress Kim Go-eun as a 17-year-old schoolgirl who falls into a salacious romance with a middle-aged author, played by the more well-known Park Hae-il. The film catapulted her into prominence, allowing her to take home nine new actress awards. Then, look at Obsessed (2014) which paired the accomplished Song Seung-hun with the unknown Im Ji-yeon, and then Scarlett Innocence (2014), starring the well-known Jung Woo-sung and the novice Esom.

Like Real, the latter two films tanked in ratings and failed to attain commercial success, while still serving as pivotal stepping stones for the careers of the rookie actresses involved. This trend is also exhibited in even more recent movies: The Age of Innocence, The Treacherous Courier, A Man and a Woman, and The Handmaiden. In the case of The Handmaiden, the director, Park Chan-wook, even took note of this formula — making an explicit call for rookie actresses willing to go nude.

Why has Sulli made the news headlines while the other actresses mentioned haven’t? Perhaps because of her past idol status that makes her distinctive from other actresses, most of whom had no prior following. Even for those who aren’t familiar with f(x), the simple fact that someone of a former ingenue-like status is deciding to bare her naked body on the screens of possibly thousands of people is probable cause to raise some eyebrows. It has a similar shock value to seeing Miley Cyrus morph from a Disney sweetheart into a raging twerk-a-holic. 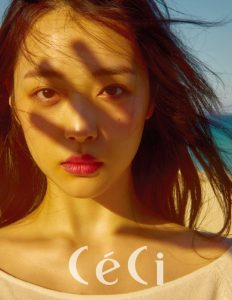 The other cause of the extra attention her scene has drawn could be attributed to the scrutiny she has gained from incidents in the not too distant past. The extra recognition acquired through these incidents has already earned Sulli a place in the spotlight of infamy, so her nude scene becomes a much bigger deal than it would have been, if she had a different type of reputation.

To use another parallel in American entertainment, its much like keeping up with the Kardashians. They’ve surprised many with some head-turning outlandish stunts before, so the eyes of the American public become trained on them, eagerly awaiting how they plan to top their previous behavior; attracting even more attention to the notorious family, and their future antics, in the process (making their aptly titled show such a popular guilty pleasure).

Moving onto the next potential question, one might wonder why this specific trend of rookie actresses being paired with more renowned male actors is occurring. One cause can be attributed to what appears to be the general unwillingness of a lot of top actress to potentially debase their reputations by going nude. Taking on nude scenes can prove detrimental to an actress’s career, particularly for the actresses who have already carved out their own niche in the film industry. Stripping down in front of the camera can be seen as a cheap way to prove an actress’s skills, and is often looked down upon by actresses who’ve already shown their capabilities. This sentiment is echoed by the veteran actress Kim Ji-soo:

The My Sassy Girl star Jun Ji-hyun has a similar policy in eschewing nude scenes, keeping the amount of skin she reveals to a minimum. This code of conduct has allowed her to cultivate a type of image palatable to the mainstream, granting her the opportunity to become a sought-out commercial model. For most actresses, taking on a nude scene means giving up this kind of celebrity actress route — severely limiting their profit opportunities by making their images less suitable for consumption by the general public. It follows that the wisest decision for celebrity actresses like Jun Ji-hyun is to forgo nude scenes, lest they risk their reputation and consequently lose their celebrity status. 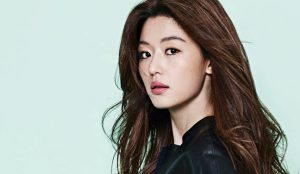 Of course, if one half of the leading couple consists of a no-name, the other half needs to make up for the difference; the obvious reason being that theatergoers are drawn in by famous names. In other words, if the female lead is obscure, the male lead needs to be widely renowned, so that the roster becomes more attractive to potential audiences who will then hopefully pay to see the movie.

While this is all interesting enough, I couldn’t help but notice something strange. When most people think of Korea, a sexually conservative country comes to mind. However, this recent trend seems to insinuate that nudity is actually quite common in Korean films. So why does such a country known for its conservative sexual values have so much nudity in their movies? And should this recent trend be considered as a problem? Fully answering these questions warrants a fair amount of discussion; so as to avoid imposing a long and tedious read, they will be addressed in the second part of this article.